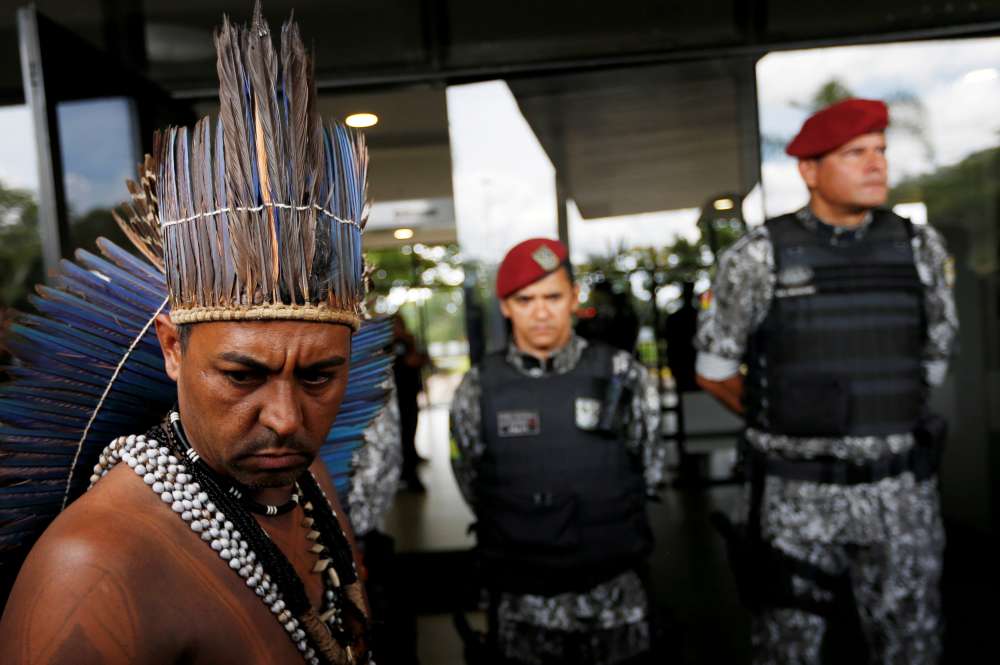 Brazil’s newly inaugurated president issued an executive order on Wednesday making the ministry of agriculture responsible for deciding on lands claimed by indigenous peoples, in a victory for agribusiness that will likely enrage environmentalists.

During his presidential campaign, far-right Jair Bolsonaro said he was considering placing indigenous affairs under the ministry of agriculture, alleging lands should be opened to commercial activities that are currently banned.

Bolsonaro has now decided to move indigenous affairs agency FUNAI into a new ministry for family, women and human rights, and so the key decision on land claims will be in the hands of an agriculture ministry with deep ties to Brazil’s powerful farm sector.

Environmentalists say the native peoples are the last custodians of the Amazon, the world’s largest rainforest that is vital for climate stability.

A former army captain, Bolsonaro took office in Brazil on Tuesday saying he had freed the country from “socialism and political correctness.”

His supporters hope he will cut through red tape to kick-start the economy, tackle violent drug gangs and run a graft-free government.

Others fear he will unleash bloodshed by making guns more readily available and roll back social victories for minorities.

By In Cyprus
Previous articleOil falls to $53 on economic worries, surging supply
Next articleMelini