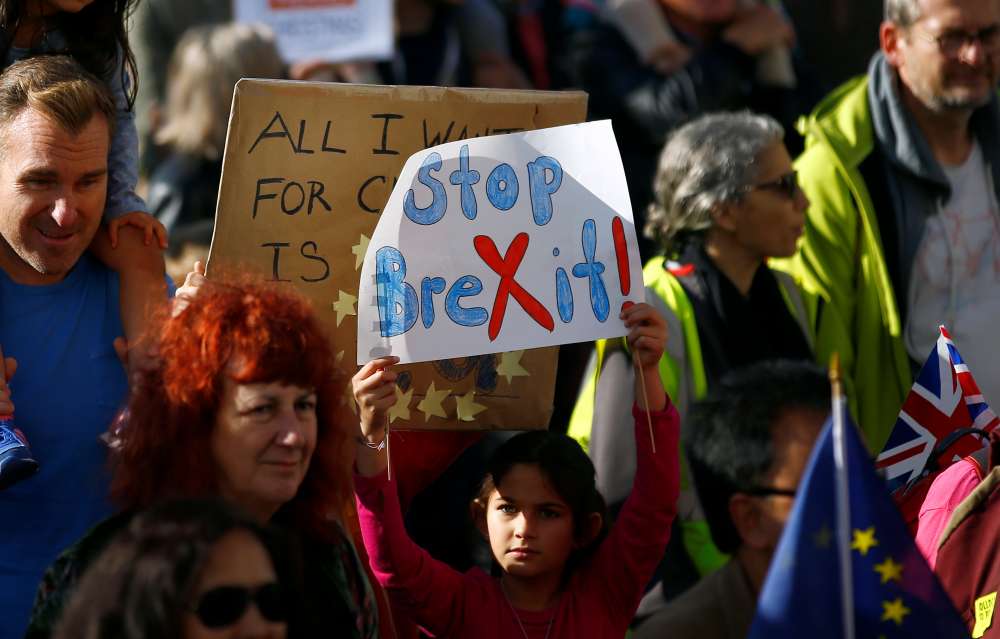 Some of the biggest names in science are pleading for a deal on Brexit to avoid damaging British and European research.

A letter to Theresa May and Jean-Claude-Juncker has been signed by 29 Nobel Laureates and six winners of the prestigious Fields medal.

Science needs “the flow of people and ideas across borders”, it says.

It comes as a survey found that many scientists are considering leaving the UK.

Sir Paul Nurse, one of the signatories and a Nobel prize-winner for research into breast cancer, said: “The message is, ‘take science seriously’.”

Science can help tackle global challenges like treating disease, generating clean energy and guaranteeing food supplies, the letter says – but to do that it needs to bring together the most talented researchers.

And it says Britain and the EU “must now strive to ensure that as little harm as possible is done to research”.

What are the top scientists worried about?

Funding and freedom of movement are the two big concerns.

Over the years of Britain’s membership of the EU, its scientists have secured more European grants than the country has paid in. Sir Paul reckons that without a deal, British science could lose about £1bn a year.

There had been hopes that Britain could rapidly negotiate a new science relationship with the EU, with an associate status like that of Switzerland, in which contributions are made and grants received. But that has not happened so far.

The other worry is that without freedom of movement, the brightest scientific talent may be put off by the bureaucracy of having to apply for a visa.

What about younger researchers?

In an internal survey, staff at the Francis Crick Institute in London were asked for their views on Brexit – the Crick is the largest biomedical research centre under one roof in Europe.

Of the roughly 1,000 scientists on the staff, 40% are from EU countries and a priority was to find out what they might do after Brexit.

78% of the EU scientists said they were “less likely” to stay in the UK.

51% of all the institute’s scientists – including those from Britain – said they were less likely to stay.

45% of lab heads said Brexit had already affected their work – either recruiting new scientists, being excluded from EU programmes or facing increased costs after the fall in the pound.

97% of those who responded said a no-deal Brexit would be bad for UK science.

Why are scientists thinking of leaving the UK?

One manager of a lab at the institute, Val Maciulyte from Lithuania, told me the “uncertainty” of the Brexit process meant she was considering moving after seven years in Britain.

“I think that definitely makes me think of other places than the UK, I’m thinking about other options in Europe, in central Europe, or even maybe going back to Lithuania,” she said.

Jasmin Zohren, a post-doctoral researcher from Germany, said it was difficult to plan because “no one knows what is going to happen” but she wants to live in a country that is in the EU, despite “loving London”.

She said: “I’m currently funded by the EU – also for my PhD which I did in the UK – and I know that lots of this money will not arrive in the UK any more. And of course that’s a big concern.”

A senior scientist, Monica Rodrigo from Spain, said that the uncertainty was having an impact on everyone.

“I think the biggest thing is the level of stress that people are having because it’s not only affecting your professional life but it’s affecting other things,” she said.

“Even if you’re a British scientist it’s affecting how you carry on your life and what you’re going to do in the future – are you going to stay where there’s limited funding or go somewhere else?”

What will happen if there’s no deal?

I put it to Sir Paul that even without a deal, British science would be strong enough to cope.

“But at the moment Britain is at the top of the tree; we are considered widely around the world to be the best and we are in danger of losing that top position if we don’t get this right.”

A government spokesman said: “The UK plays a vital role in making Europe a pioneering base for research, and values the contribution that international researchers make to the UK.

“This will not change when we leave the EU.

“We will seek an ambitious relationship on science and innovation with our EU partners, exploring future UK participation in mutually beneficial research programmes, and will continue to support science, research and innovation through our modern industrial strategy.

“We have a proud record of welcoming the world’s brightest scientists and researchers to work and study here, and after we leave the EU we will have an immigration system to support this.”