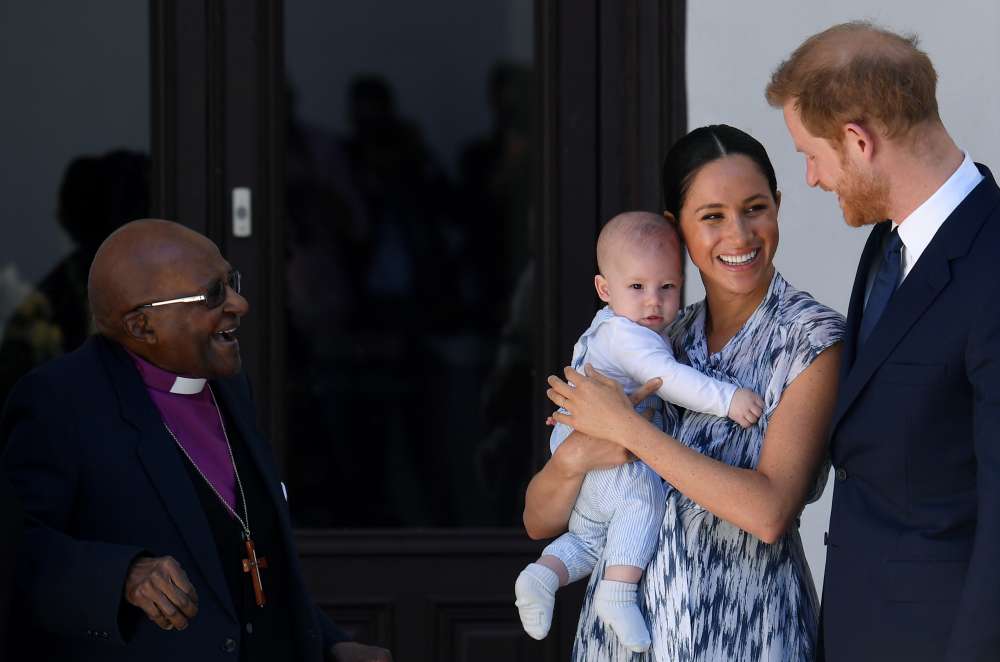 The Duke and Duchess of Sussex have recently been the subject of scurrilous articles in Britain’s tabloid media which have accused them of being overly politically correct and contrasted their globe-trotting lifestyle with their stand on climate change.

But the 87-year-old Tutu, a veteran of South Africa’s anti-apartheid struggle, gave them a fulsome welcome. 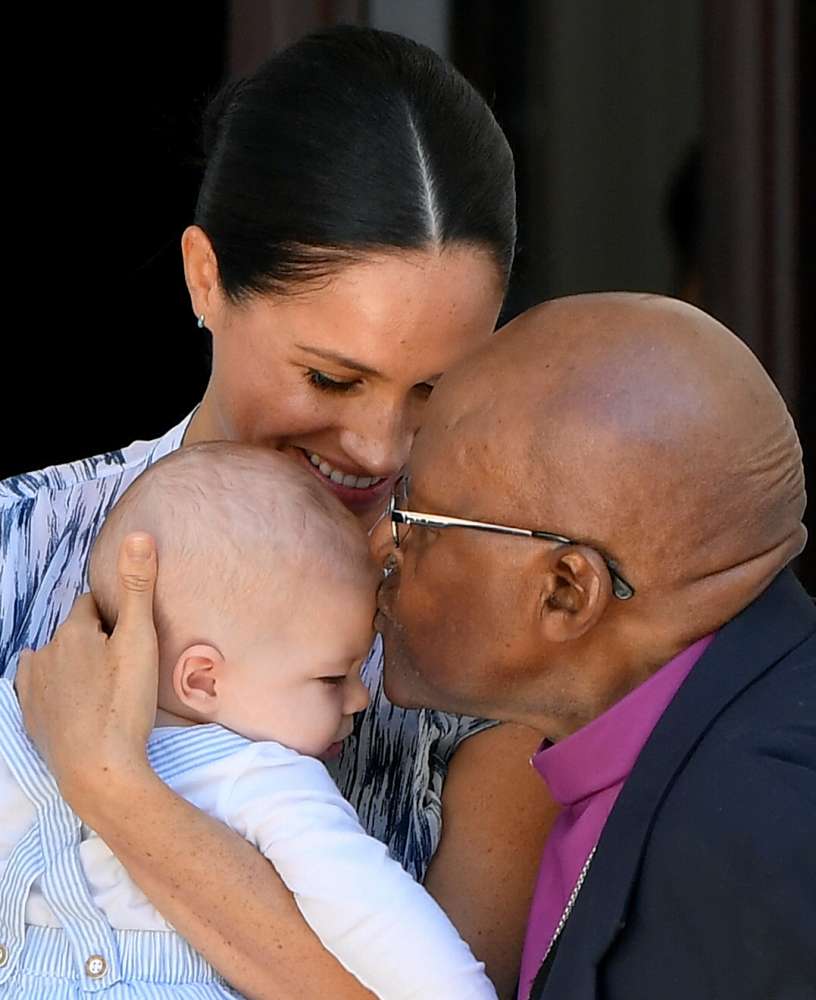 Much attention was focused on wee Archie, making his debut on a royal tour. He sat on his mother’s lap while his father chatted with Tutu, video footage showed.

The family met Tutu and his daughter Thandeka at the Old Granary, one of the oldest buildings in Cape Town, where the cleric’s charitable foundation is based.

A small group of well-wishers waited in searing heat to catch a glimpse of the royals arriving at the Old Granary. One elderly woman collapsed and had to be moved to the shade where bystanders and police officers helped her.

The couple were presented with a basket of gifts from the Tutu family celebrating South African women, children and non-racialism including matching hand-made beaded bracelets in the foundations colours, a signed set of children’s books for Archie written by Tutu, and a signed copy of the “Book of Joy” written jointly by the Dalai Lama and the archbishop.

Prince Harry was also presented with a pair of framed photographs, one for him and the other for his brother Prince William, of their late mother Princess Diana’s meeting with President Nelson Mandela in Cape Town in 1997.

Tutu, who as Anglican Archbishop of Cape Town used the pulpit to preach against the injustices of white minority rule during the apartheid era, has battled prostate cancer for years and has largely withdrawn from public life.

Later in the day Meghan met officials and entrepreneurs of a British-South African tech hub which trains and supports female entrepreneurs. She then headed to the nonprofit organization mothers2mothers, which works to prevent mother-to-child transmissions of HIV/Aids. South Africa has one of the world’s highest rates of HIV prevalence. 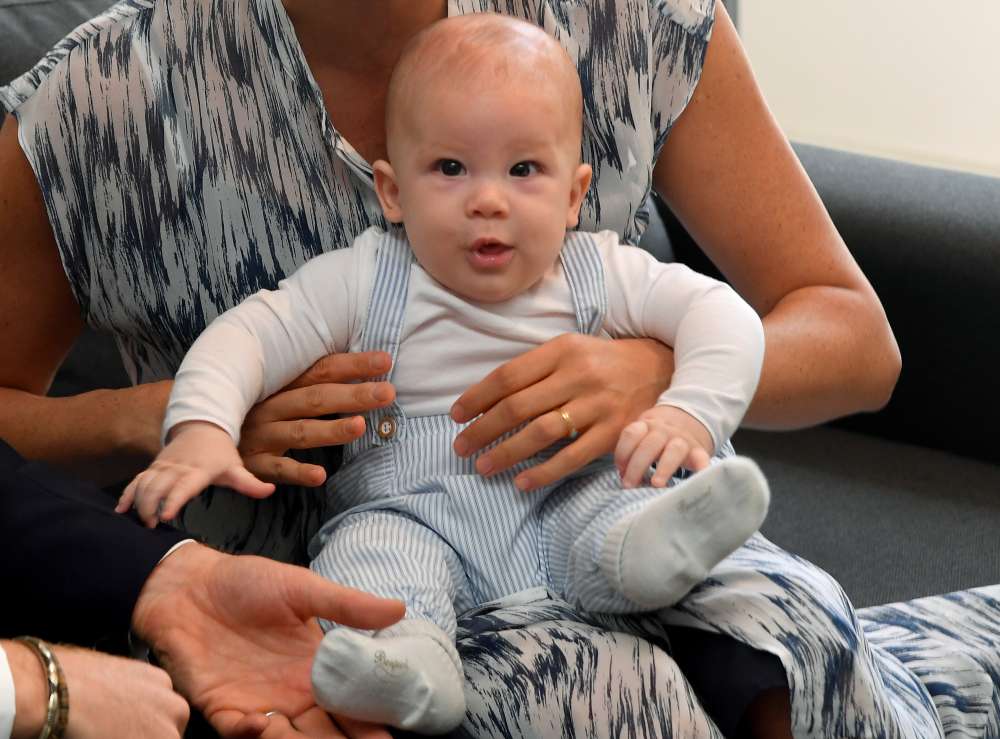 The Duchess of Sussex was greeted by cheers from crowds outside the multi-storey building with many onlookers leaning out of windows to catch a glimpse of her in a sleeveless dark blue jumpsuit.

Meghan briefly stopped to speak to a group of children waiting to present her with flowers and a drawing.

Harry, Queen Elizabeth’s grandson and sixth in line to the British throne, has been visiting southern Africa for two decades for holidays and conservation work.

He will travel alone on Thursday to Botswana, where he and Meghan holidayed shortly after they began dating in July 2016 and returned to in 2017 for a romantic getaway. 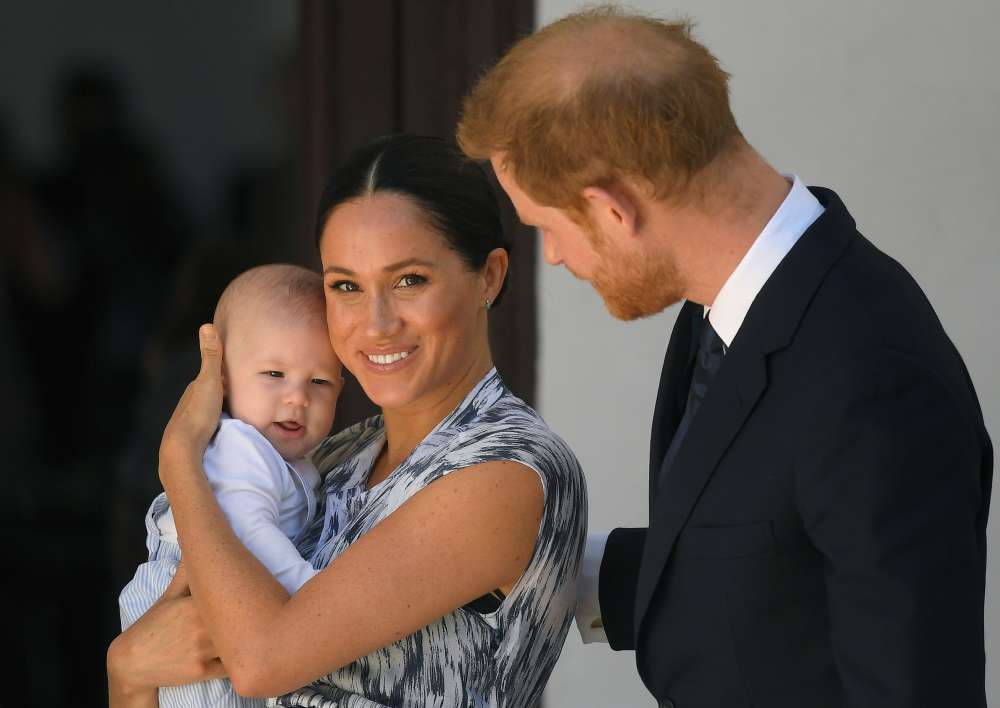 Harry then heads to Angola, visiting the landmine clearance project which Princess Diana also visited during her campaign to ban landmines. He ends the solo part of his tour in Malawi, where he will meet President Peter Mutharika.

By In Cyprus
Previous article
Cyprus President expected to express readiness for resumption of negotiations during speech before the UNGA
Next article
Step back from Brexit’s tribal inferno, murdered lawmaker’s husband tells Britain