Almodovar’s ode to filmmaking hits the right notes at Cannes 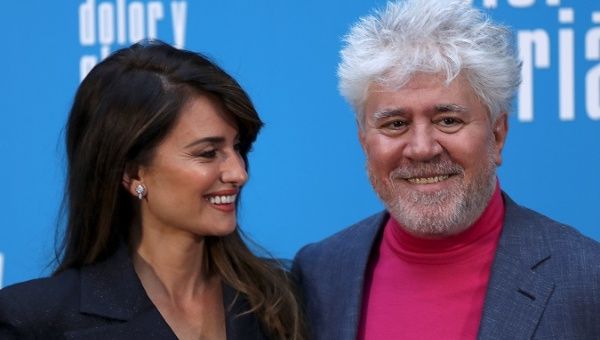 Pedro Almodovar is used to a good reception from what he called “faithful” audiences in France – so much so, the director joked on Saturday that he was “Franco-Spanish”.

His latest movie, a loosely autobiographical portrait of a tormented filmmaker, could up the ante for the Oscar winner after an enthusiastic response from critics at the Cannes Film Festival, where it is a contender for the top Palme D’Or award.

“Pain and Glory” reunites Almodovar long-time collaborators Antonio Banderas and Penelope Cruz in a wistful dive into the world of cinema and the highs and lows of creativity.

As ageing director Salvador, played by Banderas, looks back on his life, other themes dear to Almodovar take hold too, including the character’s relationship with his mother and his explorations of desire and love.

“I project myself in this film, but it’s not to be taken literally,” Almodovar, wearing dark glasses, told a news conference following the movie’s Cannes premiere the night before, where it received a standing ovation.

From a scene about Salvador’s sexual awakening to a tense discussion with his mother, many episodes were invented, he said, adding though his experiences had informed the fiction.

“I did live through a love that was broken off at a moment when the flame was very much still alive, because of a set of circumstances,” Almodovar said.

“That’s a very painful thing. It’s not natural to have to end it…it’s like cutting off your own arm.”

Delving into Almodovar’s life was also a challenge for a cast deeply connected to the director – starring in his early movies propelled both Banderas and Cruz into international stardom.

Cruz, who featured in “All About My Mother” and “Volver” among other Almodovar classics, said she had felt unusually shy about grilling the filmmaker in preparation for “Pain And Glory”, where she plays the protagonist’s mother.

“It was curious,” Cruz said. “I think there was a form of respect towards someone who is laying themselves bare…There was something inside me that made me think ‘don’t ask'”.

Banderas said he had tried to wipe the slate clean in his eighth collaboration with Almodovar.

“To create this character I had to kill Antonio Banderas,” he said.

“Pain And Glory”, which already premiered in Spain, was one of the filmmaker’s “best and most personal movie in years”, IndieWire critic Eric Kohn wrote after its Cannes screening.

“Driven by Banderas’ lovely, nuanced turn and the slow-burn exposition, it’s impossible not to feel the emotional turmoil on both sides of the camera,” Kohn said.

Almodovar’s “All About My Mother” won the best foreign language film Oscar in 2000 while his drama “Talk To Her” clinched the best original screenplay Academy Award in 2003.