After years of stalling, Greece oks Macedonia in NATO 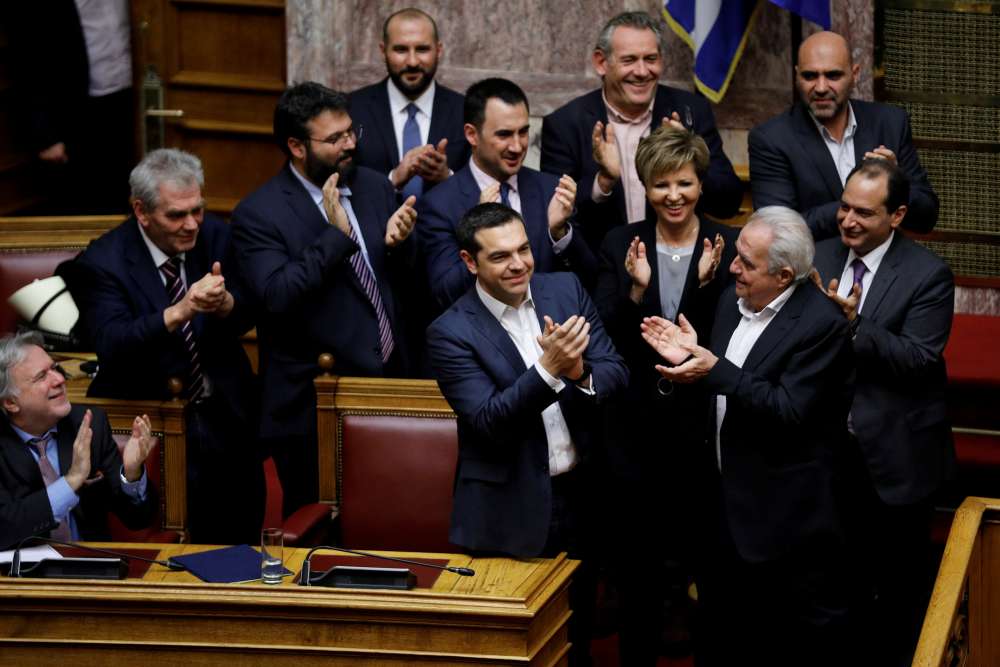 After holding up its admission for years, Greece became the first nation on Friday to ratify Macedonia’s membership of NATO after the two states resolved a decades-old name dispute last month.

NATO members signed the accord with Macedonia this week, days after the Greek parliament endorsed an agreement between Athens and Skopje that changes Macedonia’s name to North Macedonia.

Under NATO alliance rules, Macedonian membership now has to be approved by each member state – giving Greek lawmakers the opportunity for another round of verbal jousting over the controversy.

“I feel we did our patriotic duty.. We did what is right,” Tsipras told parliament during a heated debate on Friday.

The dispute had frustrated Macedonian attempts to join the EU and NATO: Greece is a member of both and has veto power over other countries joining.

It also exposed old rivalries with Russia, in a region where Moscow competes for influence with NATO and the EU. Moscow had taken a dim view of the name accord, and of Macedonian membership in NATO. It says the alliance is undermining security in the region by taking in Balkan members.

The accord over the name angered many Greeks who believed the ex-Yugoslav state was hijacking their history with a name linked to the Greek heritage of Alexander the Great, King of Macedon. Greece has a northern province called Macedonia.

One lawmaker described the pact as “worth spitting at”, another that Greece was “humiliated”.

Kyriakos Mitsotakis, leader of the opposition New Democracy party, said the agreement over the name change lacked legitimacy. This referred to the resignation of a junior partner from the governing coalition in January over the accord, which left the governing Syriza party short of an absolute majority in parliament.

“This is the final act of a nationally-damaging deed,” he said.

Syriza has 145 seats in parliament but has support from a number of independents, allowing it to muster a majority in voting. The protocol was approved by 153 MPs.

The NATO ratification process typically takes about a year, and the United States has said it expects North Macedonia to formally join the alliance in 2020.