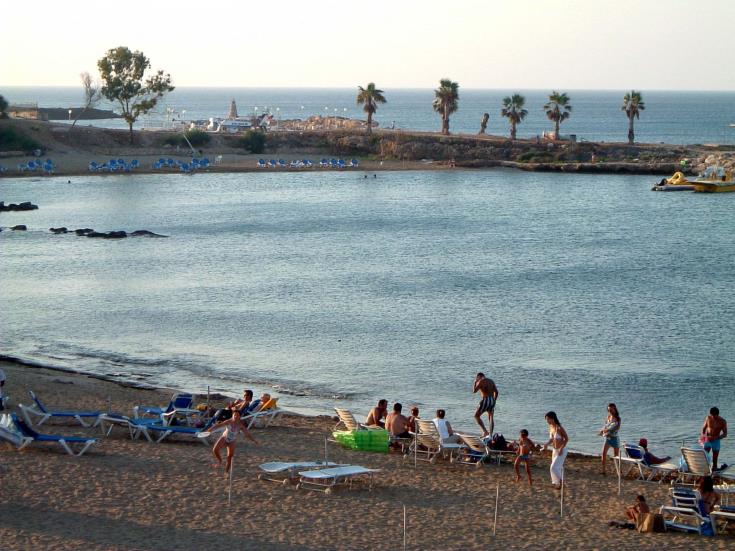 Tourism Deputy Minister Savvas Perdios has said that the tourism industry has the long-term potential to contribute to Cyprus’ economy by 25%.

Long term, he noted, the deputy ministry feels that as an industry tourism has the potential to contribute, directly and indirectly, by 25% to the economy of Cyprus.

This, he added, “shows the magnitude of our responsibility for tourism.”

Perdios noted that during the coming months the ministry will present a holistic approach of actions until 2030, adding that an environmental study will be undertaken to make sure we can proceed.

According to the Deputy Minister the targets set in 2015 provided that by 2030 Cyprus would have around 3 million tourists, distributed by 40% in winter months and equaling income of €7 billion.

Last year, he said, we attracted around 4 million tourists, which marks a 54% increase from 2015, but only 25% of that is distributed in winter months, while total contribution to GDP was not more than €3 billion.

The ultimate mission, the Deputy Minister said, is to “sustainably increase contribution to Cyprus’ GDP in a way that will positively impact our local community.”

In an introductory address earlier, Marios Skandalis, President of Institute of Certified Public Accountants of Cyprus (ICPAC), which organises the congress, expressed the institute’s readiness “to work side by side” with all stakeholders, public and private, “capitalising on each one’s expertise”. According to Skandalis we must all collectively work on a clear vision about the economy of the country.

He also expressed the view that enhanced cooperation between private and public sector is “imperative”.  He said that the key challenge is the overall sustainability and credibility of the economy. This is the time to “put the knife on the bone”, he pointed out, and spoke in favour of reforms and not lukewarm measures. On the effort to combat financial crime, he said that Cyprus should demonstrate its commitment to remain vigilant in the future.

In his address, General Manager of the Institute of Certified Public Accountants of Cyprus (ICPAC) Kyriacos Iordanou expressed the view that the way forward for the Cypriot economy “means doing so in a structured and well-planned manner.”  Iordanou pointed out the need for defined goals in doing things better, more effectively and efficiently, more robustly for the benefit of the public interest and the citizen.