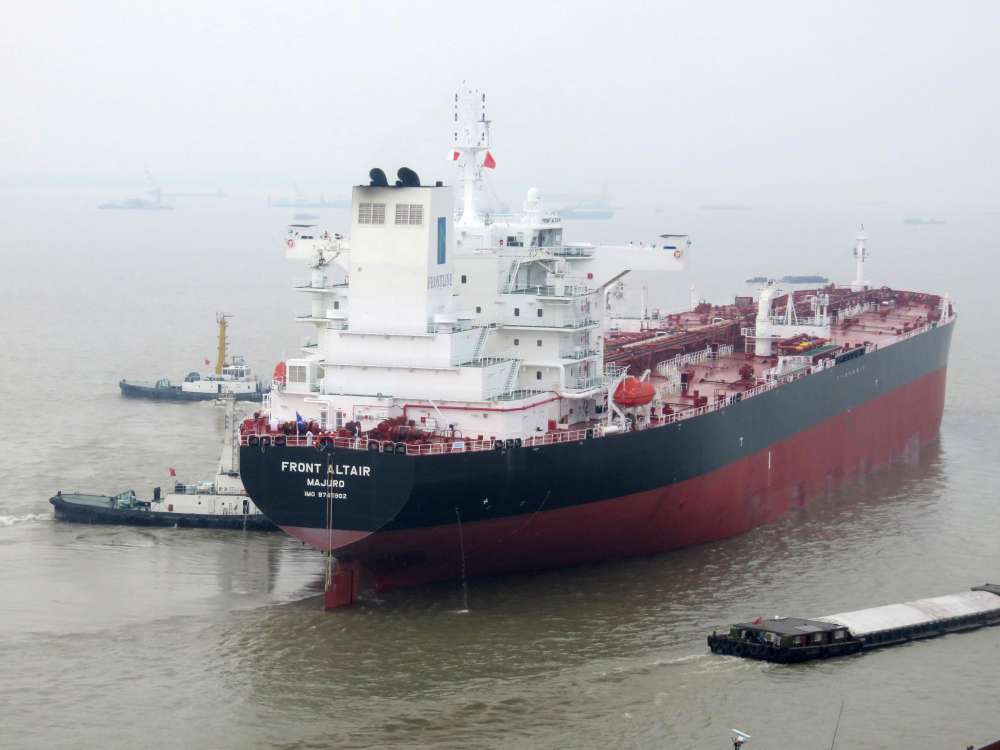 Oil prices jumped as much as 4% on Thursday after a suspected attack on two tankers in the Gulf of Oman near Iran and the Strait of Hormuz, through which a fifth of global oil consumption passes.

The Marshall Islands-flagged Front Altair carrying naphtha and the Panama-flagged Kokuka Courageous carrying methanol have been evacuated and the crews were safe, shipping sources said.

The charterer of the former said the vessel was “suspected of being hit by a torpedo”. The manager of the latter said it had been damaged as a result of a “suspected attack” but that its cargo was intact.

The incident followed last month’s nearby sabotage attacks on vessels off the Fujairah emirate, one of the world’s largest bunkering hubs.

“This is a fairly small increase given the uncertainty and the potential knock-on effects of attacks such as these. This partially reflects the fact that the oil market has already priced in the supply and geopolitical risks emanating from Iran,” said Cailin Birch, economist at The Economist Intelligence Unit.

“However, it also reflects market concerns that the continued U.S.-China trade war will weigh on economic activity, and therefore oil demand growth, in the world’s two largest economies.”

Both crude benchmarks are set for their biggest daily rises since early January, but they are nevertheless headed for a weekly loss.

Oil prices had slumped in the previous session on an unexpected rise in U.S. crude stockpiles and a dimming outlook for global oil demand.

For an interactive graphic on U.S. crude stocks, click here.

Iranian search and rescue teams have picked up 44 sailors from two damaged tankers in the Gulf of Oman, the Islamic Republic News Agency reported.

U.S. National Security Adviser John Bolton said on May 29 that naval mines “almost certainly from Iran” were used to attack the tankers off the United Arab Emirates last month, and warned Tehran against conducting new operations.

Iran, which has distanced itself from the previous attacks, has said it would not be cowed by what it called psychological warfare.

By In Cyprus
Previous article
Turkey rejects U.S. ultimatums, says will not back down on Russian S-400s
Next article
Development bank’s funding for climate projects at all-time high in 2018