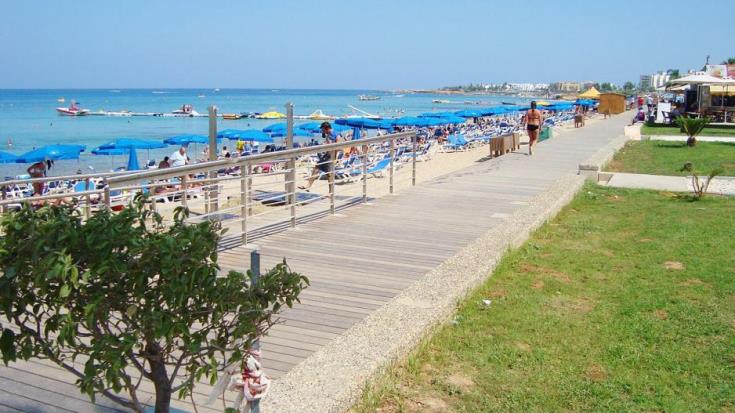 The tourism sector has been receiving mixed signals regarding this year’s arrivals, with bookings from Britain currently practically on ice, hoteliers say.

At the same time, districts are recipients to differing messages depending on their reliance on either the British or the Russian market. What’s highly important, however, is that the Russian market appears to remain at last year’s level despite challenges over the ruble’s possible further devaluation.

Hoteliers are under pressure to lower their package holiday prices and this, they stress, will have an impact on revenue and profitability. However, the aim is to keep last year’s record tourist arrivals number. Here too hoteliers argue that what really counts is occupancy since the rising trend for non-licensed accommodation (airBnB or that in the divided island’s occupied area) is giving them a headache.

Hotels are opening in two weeks’ time and, like every year, they are now in the hectic process of finishing renovations as well as trying to find new staff. In recent years, hoteliers have had difficulty in finding qualified/trained staff and seem to be ‘stealing’ each other’s. That’s why they want Labour Minister Zeta Emilianidou to allow them to bring in foreign staff from third countries or to at least let them employ students.

In the meantime, the official head of tourism in our country who is Deputy Minister of Tourism Savvas Perdios and a group of associates and operators recently attended the tourism fair in Berlin and saw difficulties ahead in attracting a larger number of visitors from that country.

They then went to Russia’s International Travel & Tourism Exhibition where the messages they received from big tour operators were positive who promised to boost bookings to Cyprus now that they have begun representing additional Russian-speaking markets such as Belarus, Kazakhstan and Uzbekistan. However, they also raised alarm over the possible risk of further ruble devaluation.

“What we are happy with at the moment is that it looks like last year’s numbers from the Russian market will remain the same. The signs are that we will be at last year’s levels and this is an injection for Cyprus  considering the negative indications from other countries, such as Germany. At the same time, we are also concerned over exchange rate of the British pound. So yes, it is quite encouraging to have indications that Russia’s numbers will be the same as last year’s,” Perdios also said.