Lebanon to seek up to $5 billion in soft loans 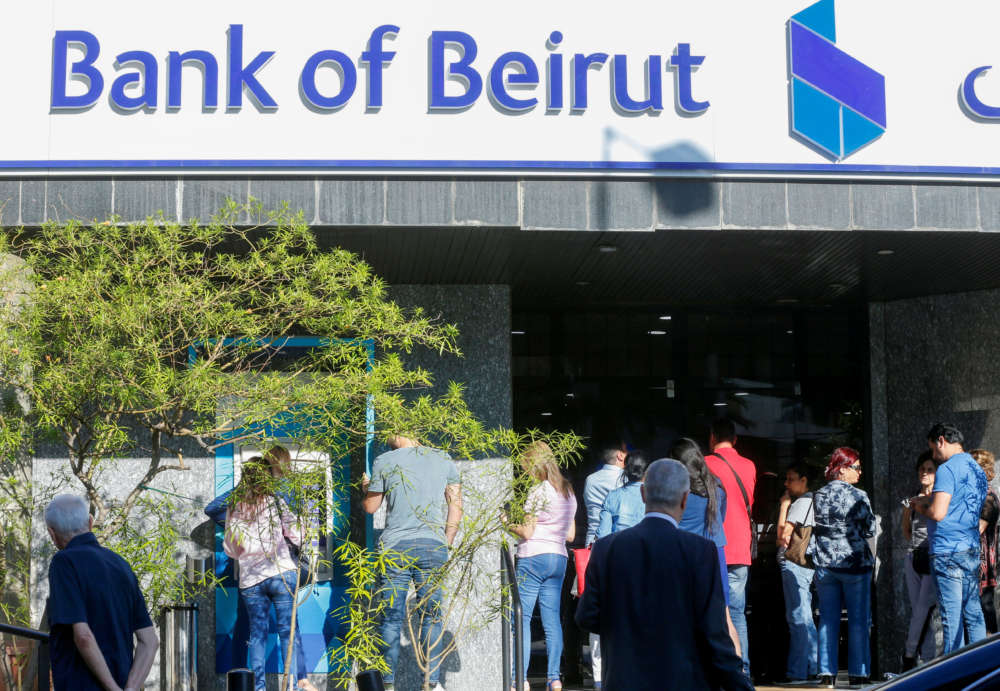 Lebanon’s new government must reassure international donors it is serious about reforms to tackle a financial crisis as it looks initially to secure up to $5 billion in soft loans for basic goods, its finance minister said on Thursday.

The government that took office on Tuesday faces an emergency in which banks have imposed controls, the Lebanese pound has weakened and protesters have turned to violence which a senior U.N. official described as “politically manipulated”.

“The entire international community has its eye on what this government will do,” Finance Minister Ghazi Wazni said in televised comments. “What is its programme, what are the reform steps, is it ready for support or no?”

Lebanon is looking to secure $4 billion to $5 billion in soft loans from international donors to finance purchases of wheat, fuel and medicines, The Daily Star newspaper had earlier quoted the minister as saying.

“This injection will cover the country’s needs for one year,” said Wazni.

Interior minister Mohammed Fahmi said the state would not tolerate attacks on security forces who he said would protect people’s rights, including freedom of expression.

On Wednesday, protesters broke stone slabs off buildings in a luxury commercial district of Beirut to hurl at barricades guarded by security forces blocking paths to parliament.

“This looks more like a political manipulation to provoke the security forces, to undermine civil peace, to fan up sectarian strife,” Jan Kubis, U.N. special coordinator for Lebanon, wrote on Twitter, mentioning attacks on security forces and vandalism of state institutions and private property.

The new government was set up with backing from the powerful Iran-backed group Hezbollah and its political allies. Major political parties that have Western backing, including that of former premier Saad al-Hariri, are not part of the cabinet.

Analysts say the influence of Hezbollah over the cabinet may complicate its attempt to secure foreign funding, particularly from Gulf Arab states that have provided aid in the past but see Hezbollah as a threat.

Hezbollah’s parliamentary bloc urged the government to hasten its rescue programme. The cabinet has formed a committee to draft a policy statement to be presented to parliament.

Prime Minister Hassan Diab met several foreign ambassadors as the heavily indebted government looks to rally support. It must decide how to deal with maturing Eurobonds, including a $1.2 billion bond due in March.

The European Union’s ambassador to Lebanon, Ralph Tarraf, said he had agreed with Diab on the need for Lebanon to “focus on economic files, address the crisis and institute structural reforms”, two local media outlets reported.

Foreign governments and institutions have demanded Lebanon enact long-delayed reforms to curb state waste and corruption before any new financial support is released.

U.S. Secretary of State Mike Pompeo said on Wednesday only a government “capable and committed to undertaking real and tangible reforms will restore investor confidence and unlock international assistance.”

Lebanon won pledges exceeding $11 billion for a programme of infrastructure investment at a 2018 international conference, conditional on such reforms.