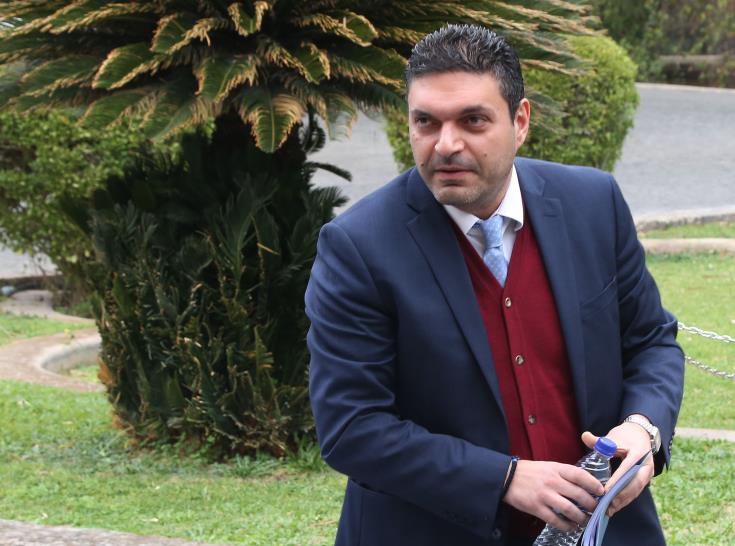 The Finance Ministry is preparing measures should the Court of Appeals uphold the Administrative Court’s ruling that the public sector wage and pensions cuts during the 2013 financial crisis violated the Constitution and should be reinstated, Finance Minister Constantinos Petrides has said.

In an interview with CNA, Petrides said the Finance Ministry is examining measures, including the amendment of the Constitution, as well as alternative fiscal measures, to offset the impact on public finances.

Furthermore, Petrides said his priorities are focusing on maintaining fiscal discipline and budget surpluses that would put Cyprus’ public firmly on a downward path, the reduction of the non-performing loans which he described as “a heavy legacy of the past” and structural reforms which would boost the economy’s competitiveness and sustainability.

On the Cyprus’ General Health Scheme (GeSY), Petrides echoed his previous remarks that GeSY along with the Court decisions on the public sector wage cuts and the multiple requests on increased public spending constitute potential risks, noting that the Ministry would not allow the derailment of the current fiscal policy.

He also said that the transition from the Interior Ministry has been smooth despite the differed responsibilities, as he cooperated with both his predecessor, Harris Georgiades, and the Finance Ministry’s staff during the economic adjustment programme signed with the EU and the IMF in 2013.

On the upcoming ruling by the Court of Appeals, Petrides said the Ministry is preparing response measures.

He reiterated that the government is examining an amendment to the Constitution, noting that an alternative scenario with fiscal measures, in case the amendment which needs a two-third majority is not approved by the Parliament, in a bid to offset the impact on the state budget.

According to estimates, in case the Court of Appeals upholds the decision the fiscal impact will reach €844 million in a four-year period.

Stating that the cost of reinstating wage cuts would disrupt the state budget, Petrides added “therefore, we need to adjust the policies concerning government policies and the public wage bill,” he said noting that the government awaits the Court’s ruling while making its preparations.

Fiscal discipline, reforms and reduction of risks in the banking sector

Responding to a question, Petrides said his priorities include fiscal discipline, reduction of risks in the banking sector and structural reforms, stressing that the implementation of these priorities will lead to upgrades to the Cypriot ratings or downgrades.

“The first priority is public finances and public debt, which, based on our planning, should decline. If we continue the current fiscal policy, public debt will decline by five basis points per annum,” he said.

On the baking sector, Petrides said that despite progress achieved in the reduction of non-performing loans (NPLs) through NPL portfolio sales, debt to asset swaps and restructurings, more work needs to done.

“We are turning the page but the heavy legacy of the past to a large extent remains in the economy. It will not be easy but this should be managed and it’s a priority of the Central Bank of Cyprus as well,” he added.

The third pillar of priorities is structural reforms, with Petrides highlighting issues such as the reform in the Justice system, the reform in the local administration, drafted by him in his previous capacity of Interior Minister, social corporations and the pension system.

“We all need to realise that reforms should be made and are key for the long-term sustainability of economic growth and the welfare of the society,” he went on to say.

He moreover pointed out the fact Cyprus is an open economy and therefore vulnerable to external factors. “This makes us more responsible for promoting the necessary reforms, especially those that increase competitiveness and fiscal discipline,” he noted.

On the national health scheme, the Finance Minister recalled his remarks in the Parliament that GeSY along with the public sector wage bill and requests for increased public spending constitute potential risks to the public finances.

The first phase of GeSy began in June 2019 with the second phase covering hospital health care provision set to begin in June this year. GeSy provides for a universal budget with a neutral fiscal impact although the government agreed to cover the expected deficits of the public hospitals for the next five years as well as to guarantee the income of private hospitals and clinics that join GeSY.

Recalling that the state opted to provide for increased state expenditure to support GeSY, Petrides however said “we will not allow the derailment of public finances.”

He highlighted that much more should be done on the operational independence of public hospitals with feasible business plans so that deficits will be eliminated at the end of the 5-year period, while revenue will be incorporated in GeSy’s global budget.

“Surely fiscal discipline could be put at risk from increased health expenditure and for this reason all regulatory mechanisms should operate,” Petrides said.

On the ESTIA scheme, a plan providing for the support of non-performing home owners with taxpayer money, Petrides said that applications reached 70% of the eligible borrowers, who expressed interest to join the plan, pointing out that the plan aimed at separating vulnerable borrowers from strategic defaulters.

Responding to a question, the Finance Minister said that those who did not apply for the scheme are strategic defaulters. “I believe this is the most rational explanation,” he said.

Petrides assured that no borrower whose applications will be rejected will be hunted by the banks.

“We are working with the banking institutions on a social programme to help these borrowers. So, there should be no concern that vulnerable borrowers will end up with no state support or might lose their homes” he said, without elaborating.

Replying to a question, Petrides said that a mortgage to rent scheme in one of the options being considered.

Asked on the banking sector, Petrides said that the backdrop taking place this year will be decisive towards the reduction of risks in the banks’ balance sheets, stressing however that payment culture should improve.

“Payment culture should be improved and we all need to know that we take a loan when we have the capacity to repay it,” he said.

However, Petrides pointed out that the low interest era may be reversed and debt servicing costs could increase to €600 million or €650 million, noting that “the increased expenditure would be incorporated in balanced budgets something which would affect other policies.”

“This is why debt reduction according to fiscal planning should be one of our key priorities and maintaining budget surpluses is a precondition, otherwise other policies would be affected,” he said.

Asked on the Cyprus Investment Scheme, providing for the granting of the Cypriot citizenship to investors, Petrides said this programme contributes to the economy but should be subject to revisions.

By In Cyprus
Previous article
Dangerous driving: a look at penalties in other European countries
Next article
Frankfurt airport cancels about 100 flights due to storm Sabine