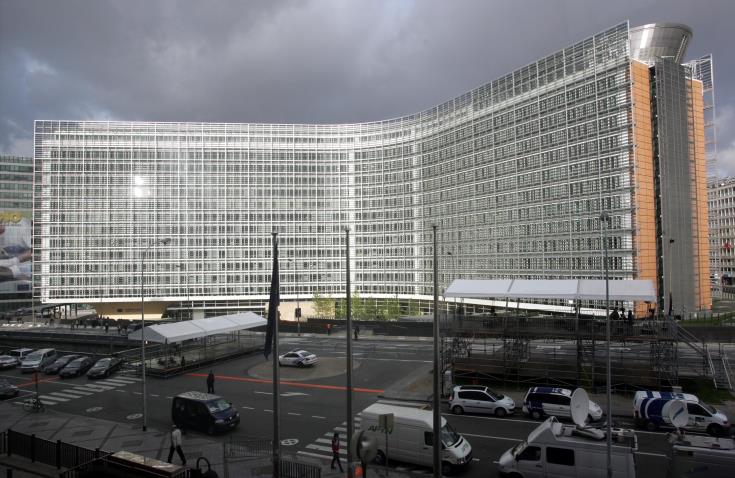 The European Commission has concluded that “Cyprus retains the capacity to service its ESM debt, but challenges have increased as a result of Covid-19″.

It has also warned that risks to the fiscal outlook are clearly on the downside”, including” the implications of a recession that is sharper than currently expected, higher tax revenue elasticities, and the eventual costs of policy measures, including those implying contingent liabilities, to tackle the impact of Covid-19.”

More specifically, according to the post program surveillance report on Cyprus, adopted today by the College of Commissioners, after several years of remarkably strong growth, “the global outbreak of Covid-19 is tilting the Cypriot economy into a deep recession in 2020”.

The Commission notes that “Cyprus had enjoyed a period of strong growth in the aftermath of its banking crisis, with real GDP increasing by a quarter from 2014”, however, since mid-March 2020, “the coronavirus pandemic, which has led to border closures, lockdown measures and the cessation of all non-essential business, including hotel and other tourist accommodation, have had a major impact on the Cypriot economy”.

“The crisis is expected to impact in particular two key pillars of the economy, tourism and shipping. According to the Commission’s spring forecast, real GDP is projected to fall by around 7½ % in 2020”, the reports states.

“It is expected that exports of goods and services will contract significantly. Investment in construction may hold up somewhat better, thanks to the fact that a number of large projects are already under way and due to stretch over several years. Cyprus has adopted a fiscal stimulus plan that should help mitigate the contraction”.

According to the report “with exports declining more sharply than imports, the current-account deficit is set to widen further (to around 11% of GDP)”.

“However, assuming a gradual exit from the lockdown in the coming months, the Commission spring forecast projects a return to strong growth in 2021 around of 6%, although output is not expected to get back to 2019 levels”, the EC states.

“At the current juncture, there are very significant downside risks to the growth outlook, particularly as the duration of the pandemic and the lockdown measures are still unknown”, the Commission warns.

More specifically, the report states that “the recession generated by Covid-19 and the necessary policy response are expected to take a heavy toll on public finances in 2020”.

“After a strong fiscal performance in 2019, the spring forecast projects that the headline budgetary balance will turn into a sizeable deficit of 7% of GDP in 2020. This reflects substantial expected losses in revenue collection on the back of weaker economic activity, and substantial additional spending to mitigate the impact of the crisis on the real economy. The expansionary fiscal measures adopted represent about 4½ % of GDP, including income support schemes for businesses and additional healthcare spending. The authorities are working on a large financial package of state guarantees for new loans to support the availability of liquidity to the private sector”, the report reads.

“Risks to the fiscal outlook are clearly on the downside. They include the implications of a recession that is sharper than currently expected, higher tax revenue elasticities, and the eventual costs of policy measures, including those implying contingent liabilities, to tackle the impact of Covid-19”, the European Commission warns.

The stability of the banking sector “improved significantly in recent years, but the economic impact of the pandemic may put the hard-won progress at risk. Banks are on a stronger footing than in the past, following significant balance-sheet clean-up and deleveraging, with a marked decline in non-performing loans (NPLs) and a more consolidated banking system”.

However, the Covid-19 crisis unavoidably affects the banking system through its impact on profitability and credit risk. In addition, legal uncertainty remains over the August 2019 amendments to the foreclosure law, on which the Supreme Court ruling is still pending. The NPL ratio stood at 28½ % in November 2019.

“Before the outbreak of Covid-19, further significant progress in reducing NPLs was expected in 2020, mostly on the back of large-scale NPL portfolio sales by the two largest banks”.

However, “these sales have now been postponed, not least on account of the difficulty to appropriately determine asset values in the current environment and increasing uncertainty about investor appetite”.

“In addition, the economic fallout of the pandemic will probably lead to an increase in credit risk, generally and also in Cyprus, and eventually arenewed increase in NPLs on the back of reduced revenues and net-wealth”, the report states.

Moreover, the report states that the lower-than expected take up of ESTIA – the state support scheme for NPLs collateralised by primary residences – implies a much smaller-than-targeted contribution to NPL reduction. KEDIPES, the state-owned asset management company, has made some progress towards becoming fully operational.

Nevertheless, further steps are needed to ensure that it can achieve its main mission of maximising the proceeds from the management and disposal of its assets, including the finalisation of its organisational set-up and governance framework, revising the service level agreement with the loan servicer and starting the implementation of a business plan. Banks continue to operate with a significant liquidity surplus, which is valuable in view of the global turmoil, and their capital buffers exceed minimum regulatory requirements.

“However, looking forward a prolonged impact of the pandemic on sensitive sectors (such as tourism, wholesale and retail activities, real estate and construction) and deteriorating asset quality could weigh on profitability and capital ratios. Measures taken by the ECB, the Central Bank of Cyprus and the European Banking Authority are expected to support banks to maintain financing for businesses despite challenging economic conditions”, the report states.

Finally, the Commission concludes that “Cyprus’ retains the capacity to service its ESM debt, but challenges have increased as a result of Covid-19”.

“The first ESM repayment is not due until 2025. Risks are expected to dissipate gradually once the recovery starts to feed through. Uncertainties and risks have been exacerbated in particular by the sizeable projected budgetary deficit and the significant rise in gross government debt — which is expected to increase to 116% of GDP by end-2020 due to the recent international and domestic bond issuances to cover the state’s higher financing needs,” the report states.

“Vulnerabilities also stem from the banking sector, which could experience a surge in new NPLs. Although gross financing needs have increased significantly this year due to the pandemic, the government secured its financing early on at favourable market conditions and is thus well positioned from a financing perspective to handle the immediate impact of the health and economic crisis. In the coming years, gross financing needs are expected to remain moderate”, the Commission warns,

“Furthermore, the country continues to enjoy ‘investment grade’ ranking from the three major rating agencies. In the medium-term Cyprus’s debt trajectory remains sensitive to macroeconomic and fiscal performance shocks, as well as existing vulnerabilities in the financial system”, the Commission concludes.

By In Cyprus
Previous article
Rules for operation of betting shops ahead of opening on Saturday
Next article
Municipalities, beaches committee awaiting instructions ahead of May 23