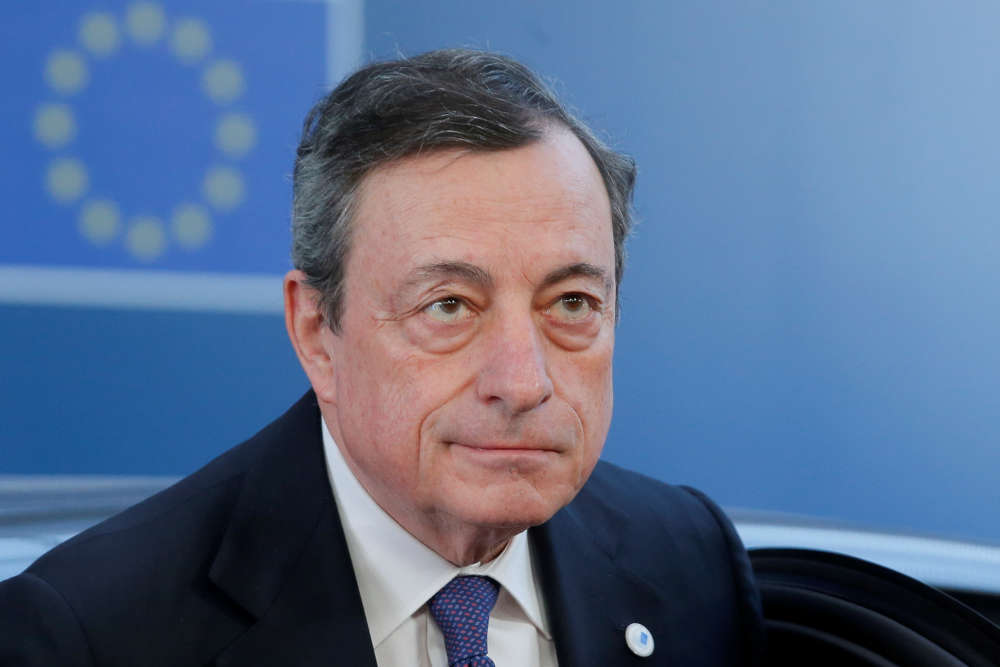 European Central Bank staff back Mario Draghi’s aggressive stimulus policy but resent the perception that he relied on a “kitchen cabinet” and allowed favouritism at the institution, a survey showed on Wednesday.

Draghi is due to step down on Oct. 31 after eight years in which he has been universally credited for preventing a break-up of the euro zone.

But he has also been accused by fellow policymakers of failing to consult broadly and forcing through some controversial decisions, such as resuming a 2.6 trillion euro bond-buying programme last month.

The staff poll, conducted by trade union IPSO, showed that 54.5% of 735 respondents rated Draghi’s presidency “very good” or “outstanding” and the support for his policy measures was even higher.

But a majority of respondents also complained about a lack of transparency in recruitment and perceived favouritism at the Frankfurt-based organisation, which will be headed by Christine Lagarde from Nov. 1.

“By operating through his inner circle of loyal supporters Mario Draghi fostered a highly divisive, non-consultative, and abrasive management culture,” one of the respondents said.

“Pursuing a more inclusive approach instead of unilaterally railroading through decisions would have saved the ECB much of the diplomatic fallout with other Governing Council members and the media that we experienced throughout his term.”

Another said there was a “kitchen cabinet” around the president and complained that too few staff members had access to inside information. About 47% also thought Draghi did not get sufficiently involved in staff matters.

“Draghi seemed very detached from ECB staff, the impression was that he lives in an ivory tower,” one respondent wrote. “The new president should get more involved.”

An ECB spokesman said some of the issues raised in the survey had already been addressed and the dialogue with the union will continue under Lagarde.

The institution criticised the anonymous IPSO poll in an internal memo soon after it was launched for posing “leading questions” and invited staff to engage instead in an “open and transparent conversation among ourselves”.

But the survey also showed 63.5% of respondents approved of Draghi’s policy actions, while only a fifth disagreed with them. German respondents stood out with just 48% in favour and 36% against.

Over three-quarters of respondents thought Draghi had helped boost the institution’s reputation.

“Mario Draghi almost single-handedly saved the euro… and built consensus to sustain the euro area economy in the face of German opposition,” one of the respondents said.

“Nonetheless, during his time we have seen…some arbitrary appointments and promotions, as well as nationality clustering in management positions.

The ECB has had to cancel six appointments over the last few years as a result of appeals by staff representatives.

The instituion does not provide a breakdown of its staff by nationality.

But four out of six counsellors to the ECB’s Executive Board members come from Germany, as do the top three managers at its statistics directorate and ten out of 26 managers in its monetary policy and economics directorates, according to IPSO calculations.