Sharp rise in companies since Shipping Deputy Ministry was set up, says Pilides 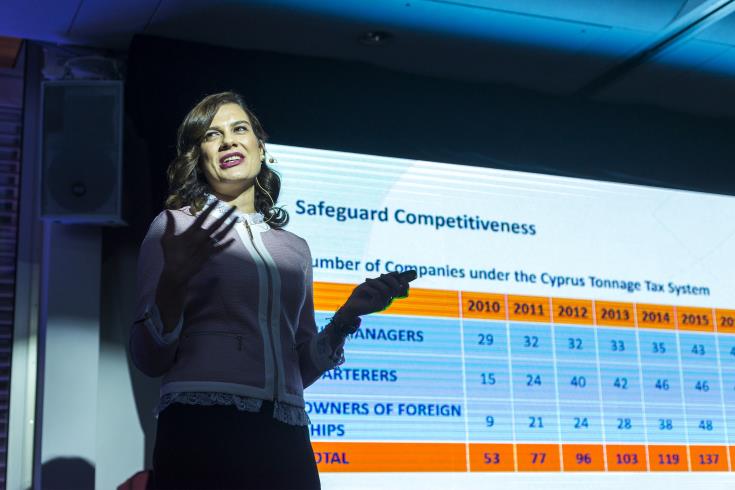 Cyprus has seen a significant increase in the number of companies that choose the island for their operations in the shipping sector since the establishment of the Deputy Ministry for Shipping, a year ago, Deputy Minister Natasa Pilides has said.

Pilides appeared optimistic over the future of shipping in Cyprus, during a reception for ship owners and representatives of shipping companies hosted by the Deputy Ministry for Shipping, in Limassol, on Thursday.

The Deputy Ministry, Pilides noted, has been working “with a targeted plan based on a strategy that has been formed by an international firm but also with the contribution of the private sector and the experience of the public sector”.

“We believe that we have moved on pretty well with the goals we have set, both regarding the promotion and upgrading of the image of Cyprus as a shipping centre and regarding the increase of companies that operate in Cyprus” she added.

She said that since the Deputy Ministry was set up there has been a sharp rise in the number of companies, from 168 last year to over 203 in 2019, which fall in Cyprus’ tax system, while there are many more that do not.

According to Pilides, 3% of Cyprus’ workforce or 9,000 persons are employed in the shipping industry.

By In Cyprus
Previous articleMud brick house collapses in Aradippou, no injuries
Next article567 civil partnerships in Cyprus since law adopted in 2015