Hourican says time is good for another chapter in Bank of Cyprus, as he tenders resignation 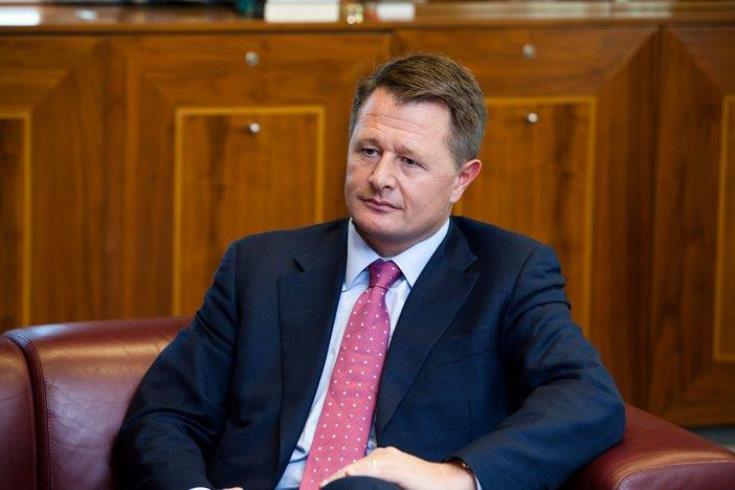 Bank of Cyprus’ Chief Executive Officer John Patrick Hourican, who tendered his resignation to the Board of the Group, said Monday that “this does feel like a moment when we can call an end to one chapter and then begin another”, speaking after the announcement of the results for the Financial Year 2018.

Hourican told journalists that he would leave the bank in September to take up a commercial opportunity in the UK, after spending almost six years in Cyprus.

“The bank has made huge strides in its recovery during that period and today we represent a bank that it has the strongest capital position it had within living memory. A bank that it also has very strong liquidity and a bank that has plans that are very clear for finishing the job”, he said.

Referring to the results, he said that the strong CET 1 ratio 15.4% and the total capital 18.3% were huge and comfortably ahead of the bank’s SREP 2019 requirements on those ratios. He also referred to the reduction of Non-Performing to Exposures (NPEs) to €4,8 billion or 35% ratio, the upcoming Estia scheme that would help further reducing NPEs, the legislative amendments on deferred tax, and the very strong liquidity position of the bank with €4,4 billion surplus. He also noted that loan to deposit ratio was 65% while six years ago was 150% plus.

He also expressed the view that the stock price was reacting well on Monday, because the market was recognizing that it was a strong with a positive set of results, although mildly dampened by the fact that there would be some leadership change in the next six months.

“I think you should consider these results as positive”, he said and  and putting paid to some of the silly rumours that have been circulating in Cyprus over the past few weeks”, he said.

Answering questions he said that he was leaving mainly for family reasons and that there was “no conspiracy theory” about his resignation.

By In Cyprus
Previous article8% drop in electricity bills
Next articleWhere can Cypriots abroad vote for the EU elections?