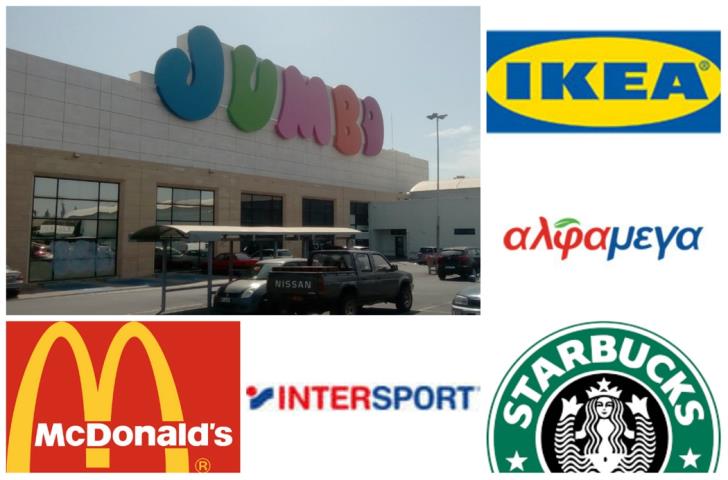 Big retail brand names such as Jumbo, ALFAMEGA, IKEA, Intersport and Starbucks will come under the same roof at Limassol’s Polemidia area, where the bankrupt Orphanides Supermarket used to be.

As INSIDER had first reported, the building where the well-known supermarket used to be was partly purchased (the first floor and one-third of the ground floor) by Jumbo toy store which is owned by Greeks. And the rest of the building was taken over by ALPHAMEGA hypermarkets for their new expansion in coastal Limassol.

In addition to Jumbo and ALPHAMEGA, other well-known trade names seem to have reached agreement for the use of space there. These include IKEA, Intersport and Starbucks.

IKEA intends to operate a pick up and order point to facilitate its customers in Limassol, while Intersport, which belongs to Greece’s  Fourlis Group, will operate its sixth store in Cyprus on that site.

As for Starbucks, information available suggests that a new concept of the well-known cafes will be set up. Some of the stores will be operational as from next May while the mini shopping centre is expected to be fully operational in June or July.

It is noted that a McDonald’s chain restaurant operates nearby. The property in which it is housed belonged to Christos Orphanides – the founder of the Orphanides supermarkets – but was later transferred to the Bank of Cyprus property portfolio and was recently acquired by the Andreou Co. restaurant managing company.

These developments show that a small shopping centre is actually being created in the area. And it is something that will intensify commercial competition in the city of Limassol. Only recently it was reported that the former Pissarides premises in Agia Fyla will turn into a METRO hypermarket which is within walking distance to ALPHAMEGA supermarket. At the same time, Lidl supermarket is expected to be constructed nearby.