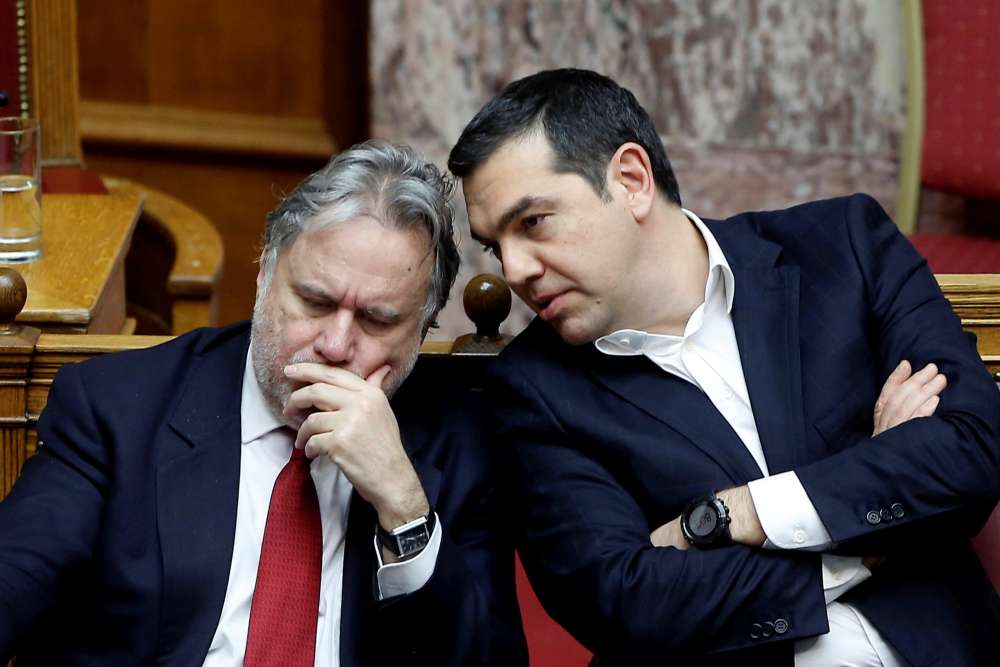 Greek bonds were firm on Tuesday after the country opened books on its first 10-year government bond sale in a decade, while elsewhere other euro zone bond yields edged higher ahead of key data and after China revised downwards its growth expectations.

Greece announced the 10-year syndicated bond sale on Monday, cashing in on a rally that followed Moody’s upgrade of the country by two-notches to B1 on Friday.

Greek 10-year government bond yields have fallen by around 75 basis points since January, touching their lowest level since 2006 on Monday, allowing the Greek Treasury to lock in funding at attractive levels.

Mizuho rate strategists say fair value for the new deal is around 3.81 percent but expect final pricing to offer around a 20 basis point premium to this level.

Elsewhere, government bond yields in the bloc were around a basis point higher ahead of key data releases in Europe and the U.S. and after China revised down its GDP growth target to 6.0-6.5 percent versus a 2018 goal of around 6.5 percent.

The Italian services PMI is expected to fall further amid slowing domestic demand, adding to a weak reading of the manufacturing PMI last week.

Istat will also release the final estimate of Italian GDP for the fourth quarter of 2018, which is not expected to change the reading that the country’s economy was in technical recession in the second half of last year.

In the U.S., ISM non-manufacturing data will offer a read across to Friday’s non-farm payrolls data and is expected to show an improvement on January’s data which came during the U.S. government shutdown.

“ISM is expected to rebound, with the reason it fell [in January] attributed to sentiment at the time,” said Peter Chatwell, rates strategist at Mizuho. “There has been a rebound in other soft data, which should also be reflected.”

German 10-year government bonds, the benchmark for the region, rose one basis point in early trade to 0.169 percent .

By In Cyprus
Previous article39.7% of Cypriots do their work sitting down, same as EU average (table)
Next articleBFC and NG enhance defence cooperation through football (photos)