Central Bank assures deposits of up to €100,000 guaranteed 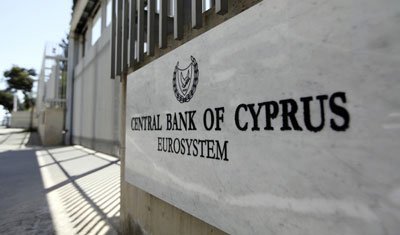 The Central Bank on Friday reassured that deposits of up to €100,000 per person or company per credit institution are guaranteed under an EU directive that has been transposed into national legislation.

The Central Bank’s statement follows a House Watchdog Committee meeting on Thursday into the plight of the Cyprus Co-operative Bank (CCB).

The CCB is the second largest bank in Cyprus with a significant market share in deposits and holds a critical position in the economy. Therefore, the public interest and economic stability require that guaranteed depositors are not affected in any way, the Central Bank’s spokeswoman said.

Even should a possible resolution is considered, the above reasons of public interest stipulate the full protection of guaranteed depositors, without the possibility of the bank being liquidated should the sale of the CCB’s operations to Hellenic Bank not be completed.

The reference to the remote theoretical possibility of liquidation of the CCB was made in order to stress the most extreme negative consequences should the transfer of the CCB’s operations to Hellenic Bank — which under the circumstances constitute the only way out — are not completed, she added.

By In Cyprus
Previous articleScattered clouds over weekend, temps to rise on Monday
Next articleReal estate auctions made easier with new legislative framework