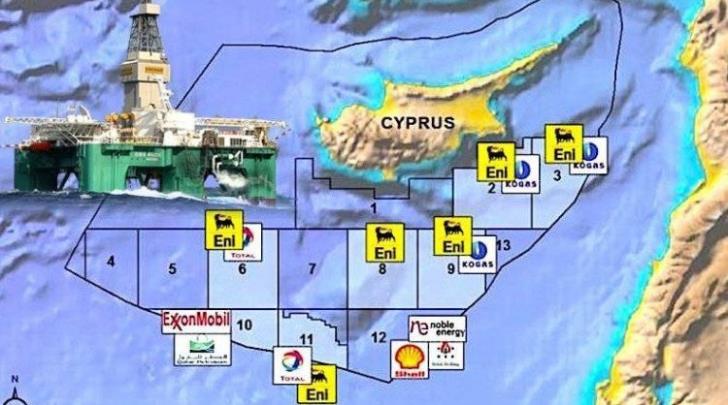 The discovery at Calypso site in block 6 by ENI – TOTAL has raised expectations regarding forthcoming exploratory drilling in block 10 by ExxonMobbil and Qatar Petroleum.

Moreover, the findings regarding the formation of  Calypso and in particular the extension of the deposit to adjacent blocks, 7, 9 and 10 have strengthened the interest of TOTAL and EMI in block 7 .

Delphinos is situated less than 25 km from Calypso and less that 35 km from the Antheia field.

Energy Minister Yiorgos Lakkotropis, confirmed the significance of the findings at block 6 in forthcoming exploratory drilling in block 10 at the Economist conference in Athens. According to Lakkotrypis, the new findings confirm that there is a petroleum system at the centre of Cyprus’ EEZ.

In statements also on Wednesday, Foreign Minister Nicos Christodoulides also referred to interest by TOTAL and ENI in additional blocks, reportedly block 7, and did not rule out the possibility of a new licensing round.

The possibility of a directly awarding blocks in Cyprus’ EEZ has been examined in various cases in recent years, but, legally, chances for such an option are very limited.

At the Economist conference in Athens, Lakkotropis was also asked about Turkey’s provocations in the region. As the Minister commented, Cyprus is constantly trying to deepen its relations with the energy companies active in the region and with their countries in order to bolster security of drilling activities in the region.