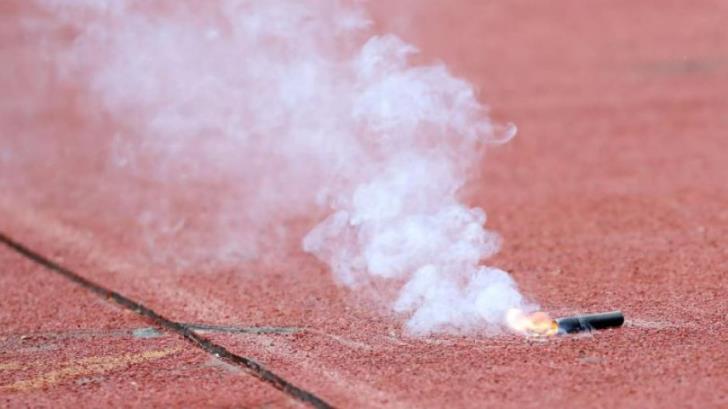 Two students, aged 16 and 17, have been arrested as suspects in a case of illegally possessing and using explosives since they seem to have thrown flares in the basketball court of the Paralimni High School.

According to the Police a group of 20 Paralimni High School students gathered yesterday morning, holding a Greek flag and shouting slogans against the Turkish and against the opening of the coast in Varosha. However, two of the students threw flares in the basketball court.

The Headmaster of the school called the Police and the two young people were arrested. They were accused in writing and were released.