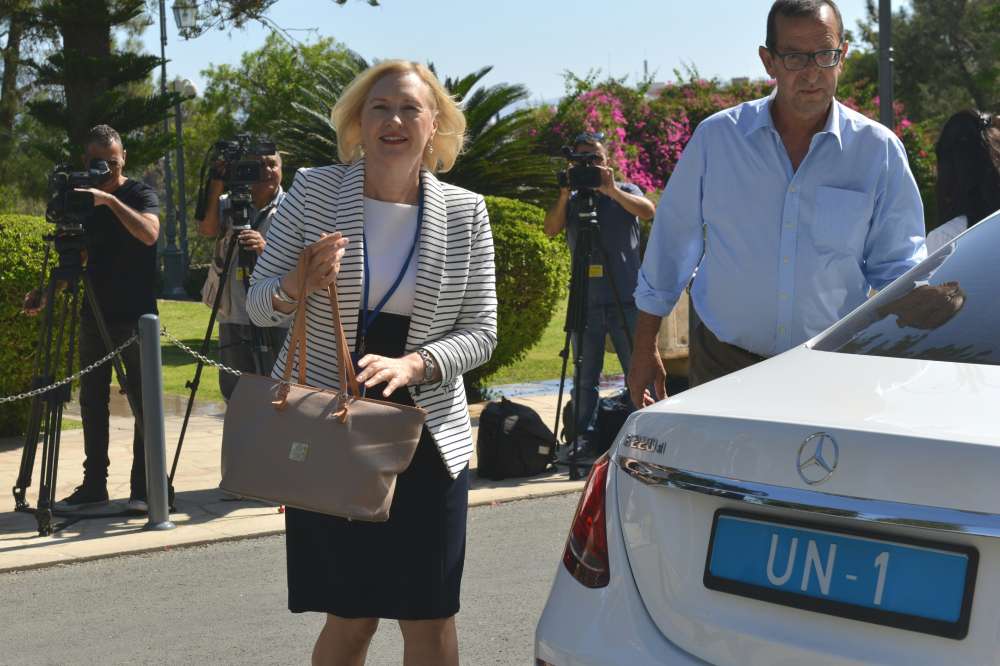 UN Special Representative in Cyprus Elizabeth Spehar said the weeks ahead were important as the two sides gear up for the arrival of Jane Hall Lute later this month.

Speaking to reporters after a meeting on Friday with President Nicos Anastasiades, Spehar said they had discussed the upcoming Security Council session and also the upcoming consultations to be undertaken on behalf of the Secretary General by Jane Hall Lute.

“And so we will be preparing for some quite important weeks ahead,” she remarked.

She said Lute has been “designated by the SG to conduct consultations in order to see what the outcome of the reflection of the parties is with respect to what happened in Crans-Montana, the past negotiation process and their views on the possible way ahead.”

Asked if the SG will take a decision on how to move ahead and when, Spehar advised that “we have to take one step at a time”.

She said Lute will first come to the island and speak with the two leaders and then with the other parties and “see what the outcome of their reflection is and then she will be reporting back to the SG. And then of course it will be up to the SG to see what the next step will be.”

Asked about any movement in September (due to the upcoming UN General Assembly meeting), Spehar replied “we really don’t have an idea of a timeline now, I can tell you that Ms Lute is preparing to come to Cyprus soon, within this month and then we will take it from there”. She also said that she hopes to meet her when she is in New York next week, but will “certainly will be speaking to her in the coming period.”  Spehar is also due to meet Turkish Cypriot leader Mustafa Akinci later today.

In statements to the media after Spehar’s meeting with President Anastasiades, government spokesman Prodromos Prodromou said the Greek Cypriot side was ready and that the President had told the UN official that he looks forward to Lute’s preparatory work for the resumption of the talks.

“The position of the Greek Cypriot side and of President Anastasiades remains the same: For the talks to resume from where they left off, given the  progress that had been achieved and the framework submitted by the UN chief … including the clear intention of the UN to combine a Cyprus settlement with the withdrawal of occupation forces and a new security system that will replace the outdated and dangerous system of guarantees from third countries.