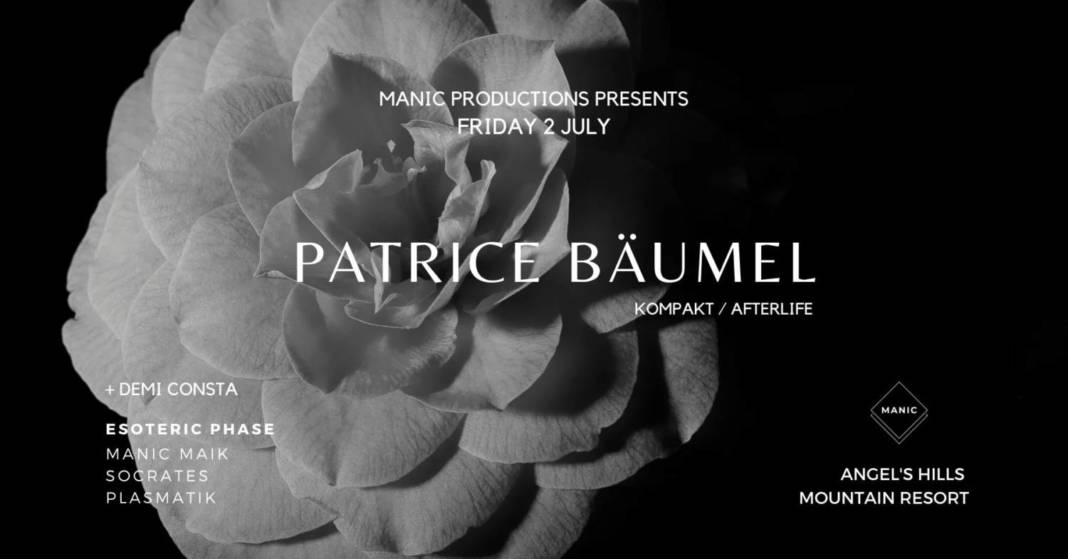 In a scene increasingly overpopulated with producers attempting to dj in an age where practically anyone is called a dj, Patrice Bäumel stands out impressively. We can provide a myriad of factors leading to the above conclusion but the most appropriate place to start would be his club residency at none other than Amsterdam’s legendary Trouw club.
A club residency is a fundamental component in becoming a real dj which also happens to be a trait rarely seen in djs nowadays. It is where a dj can flex his musical muscles gradually perfecting and sophisticating his craft. Via his residency at Trouw from the club’s opening in 2010 until its closing in 2015, Patrice definitely achieved that.
According to him, his residency at Trouw was the best schooling he could possibly have had. There he was presented with opportunities to go as dark as he liked and perfect the difficult art of the extended set, often playing for seven hours and even more. His experience with Trouw as well as a host of productions on labels such as Watergate, Get Physical, and Trapez even got him a gig at Klubd, our own legendary techno institution in 2011 where he brought season 3 to a closing.
When Trouw closed Patrice reassessed his life, his sound and his approach to everything which ultimately led to, among other things, releases on the notorious Kompakt label and the much-beloved in Cyprus Afterlife label as well as an entry on the legendary Global Underground mixes. We are truly proud to have such a prolific producer and above all the real serious dj that is Patrice Bäumel!
***
When From Friday, July 2 at 7pm till Saturday, July 3 6am
Where Angel’s Hills Mountain Resort
Location
Facebook
Tickets
At the door €22
Info 96347007
By Lisa Liberti
Previous article
Gasquet relishing Wimbledon date with ‘classic’ Federer
Next article
All possible representations made regarding Turkish-held Famagusta, President says