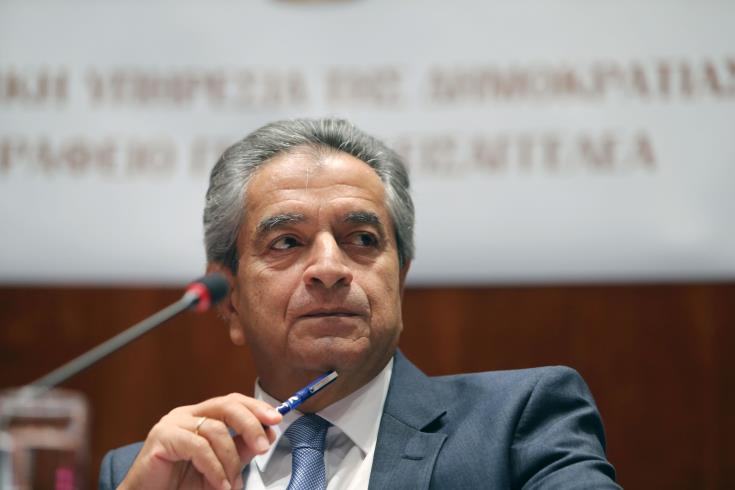 If a legal case involving Mauritius and the UK is successful before the International Court of Justice in The Hague, this will be a very significant legal weapon in the hands of former colonies like Cyprus, the Republic’s Attorney General Costas Clerides has told CNA.

The Attorney General has described colonialism as “a violation of international law in general, and of the United Nations Charter in particular,” pointing out that “the right to self-determination is as inalienable as is the sovereignty of a State.”

In yesterday’s proceedings, the right to self-determination was before the Court in the context of decolonization. In 1965 the United Kingdom separated the Chagos Archipelago from the colony of Mauritius, so that the archipelago, emptied of its population, would remain available to serve the purposes of the administering State, while the remainder of Mauritius became independent.

The crucial question for the Court was whether that separation was lawful under customary international law as it stood in 1965.

Cyprus is a former British colony, which won its independence in 1960.

The arguments put forward by the Cypriot delegation, before the Court, were of a general nature, and were based on principles that govern the matter, Clerides told CNA today, adding that his arguments there was no direct reference to the issue of British bases in Cyprus.

Nonetheless, the principles and the arguments brought forward concern indirectly and influence the issue of the British bases in Cyprus, he said.

“A successful outcome of this case in favour of Mauritius, in the sense that a Court opinion is considered favourable, would be a very important legal tool, which can be used by Mauritius itself as well as by other states facing similar issues,” Clerides added.

Addressing a public sitting on Tuesday, in a case relating to the legal consequence of the separation of the Chagos Archipelagos from Mauritius in 1965, Clerides said that Cyprus has made submissions in this case for two reasons: First, as a former colony, which has been an independent Republic since 1960, it stands alongside peoples who are still seeking the full implementation of their right to self-determination and control of their territory and natural resources.

Second, he pointed out, “Cyprus speaks out of its own experience in drawing the Court’s attention to the fact that the bonds of colonialism take many forms, and in asking the Court to be particularly conscious, when advising the United Nations, of the need to address the realities of self-determination and not only its superficial manifestations.”

“While the precise manner in which the legal principles on decolonization are implemented in each situation may vary according to the particular facts, the application of those principles cannot be avoided by attaching a different label, for example, by calling a given area a ‘military base’ as opposed to a ‘colony’, or by declaring that a given area is not a ‘colony’, ” he noted.

Clerides said that “we would like to draw the Court’s attention to the fact that very recently -actually, on 30 July this year the United Kingdom Supreme Court decided, in the Bashir case, that the 3 per cent of Cyprus which constitutes British military-base areas, remains a British colony. Therefore, even in the eyes of the United Kingdom itself, colonialism seems to be alive and well today, albeit under different names.”

The Attorney General stressed that “colonial State cannot escape its legal obligations by forcing or encouraging the local population of part of a colony’s territory to abandon it, and then claiming some years later that there are no people there by whom, or on whose behalf, self-determination and self-government can be exercised. Similarly, a colonial State cannot escape its legal obligations by appealing to the fact that citizens of the post-colonial State are resident in a piece of the colony’s territory which has been retained by the colonial State.”

He went on to say that “for as long as there are parts of excised territory of a country that have been retained by the former colonial Power, the latter is under a continuing obligation to give full effect to the principle of self-determination. The same of course applies beyond the colonial context, to a dominant Power, when there are parts of the territory of a country that are being subjected to alien subjugation, domination or exploitation.”

In these submissions, he added, “we consider self-determination to apply both to situations of decolonization and to situations of alien subjugation, domination or exploitation, whatever label might be attached to them.”

He further said that “colonialism is a violation of international law in general, and of the United Nations Charter in particular. The principle of equal rights and self-determination of peoples is a fundamental principle, and a peremptory norm, of contemporary international law, generating erga omnes obligations.”

On his part, Laywer Polyvios Polyviou addressed the components of the right to self-determination, noting, inter alia, that “the matter is clear: colonialism is a remnant of the past. Let us not preserve it. Let us bring it to a speedy end”.

Attorney Mary-Ann Stavrinides addressed the Court on issues of jurisdiction and admissibility and on references made to Cyprus in other written statements in these proceedings.

Britain, a former colonial power, has retained two military bases and other sites in Cyprus after it granted the island its independence in 1960, following an armed struggle.