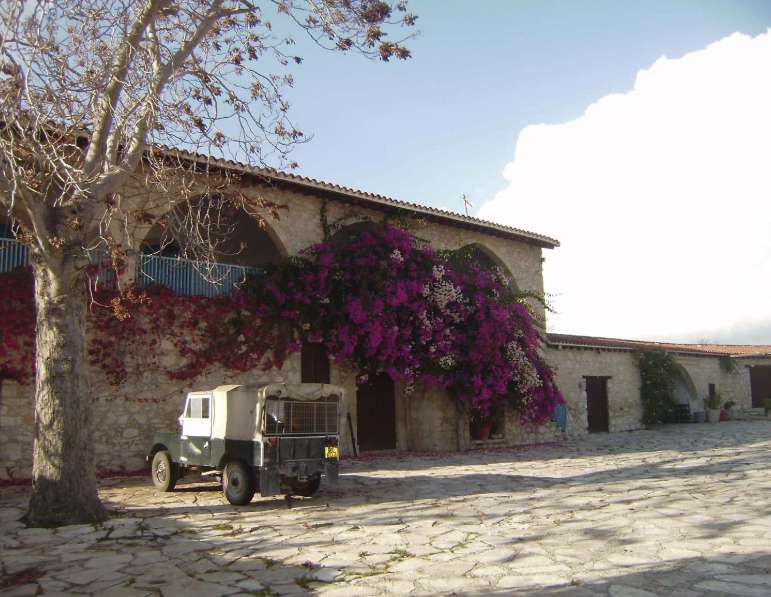 The village of Polemi, known as such since the Byzantine times, is situated on the northeast of Paphos. The village falls under the umbrella of vine-villages in the Limassol-Paphos district. To be more specific, it stands at a distance of seventeen kilometers from the city of Paphos or to put it differently, the west coast of the village is three kilometers away from the central Paphos-Polis road artery. What is more, the roadway connects Polemi on the northeast with Psathi and with Tsada on the southeast with distances reaching three and eight kilometers accordingly.

What is extraordinary interesting, are the historical evidence that emerge from the name of the village. Some researchers connect its name with Polemios, “the Byzantine proprietor or owner of the area”. This indicates that the establishment of the village took place during the Byzantine time. It is believed that this settlement was situated near the existing one, known as “Plain of the Queen”.

This specific location is indicated as such by prehistoric findings, the existence of a church, that no longer exists, dedicated to Saint Minas and also by a legend that refers to the “Seat of Digenis”. This is a great stone that resembles a seat and it is considered to belong to Digenis, a mythical hero. According to tradition, he was always on this seat ready to fight the Saracens and protect the village.

As mentioned above, archaeological excavations brought certain objects to light, such as a prehistoric stone mattock. This indicates that human presence in the area goes back to prehistoric times.

Anther version regarding the name of the village is deducted from Leontios Machairas, who claims that the village owes its name to an “Alaman Saint”, namely Polemios.

What is also worth mentioning is that the village is found on maps from the Frank domination era with the same name. The only difference is that it is found written with characters from the Latin alphabet, namely as “Polemi”.

What is impressive is the fact that the village has numerous ecclesiastical buildings, mostly chapels. The most famous one is the chapel dedicated to “Saint Nipio or Nepio”, protector of all toddlers (“nipio”) and helper of their walking. The majority of the chapels, which are found across the area, are deserted. The chapels of Saint Anastasia, Saint George, Saint Theodoros, Saint Kournouta, Saint Marina and Prophet Elias are only a few of the chapels in Polemi.

Polemi is also known for its deserted monastery and its main church. The glebe of Kykkos Monastery is located on the west of the village. This monastery used to possess a great amount of village property. The main church of the village is dedicated to Virgin Mary Chrysseleousa. It was built in the 16th century and was, according to R. Gunnis, a Latin chapel.

Concluding, it must be noted that during English domination, a Police Station was founded in the village. It was however destroyed when the inhabitants took part in the October Revolution against the English. The English government decided to close the police station and punish all participants with fines or imprisonment. Amongst those who were punished were the president of the community council, the priest and other officials.

To sum up, Polemi is a pioneer in agriculture due to viniculture, in education due to effective learning, and in religion due to its numerous chapels. The disclosure of prehistoric findings and the preservation of its possibly Byzantine name are also of great importance. 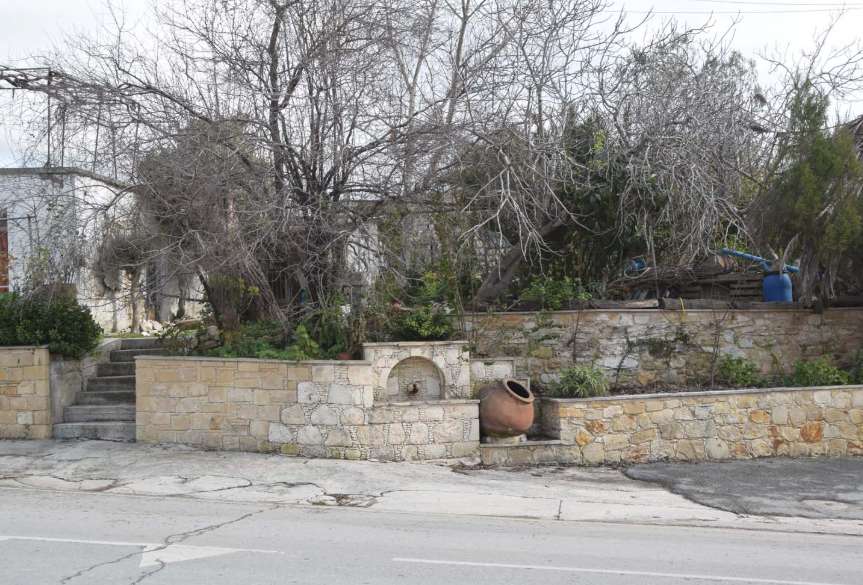 This large flowered wild tulip grows in profusion near the village of Polemi in the Paphos District of Cyprus. Years ago they formed a blaze of colour in early April surving in vineyards from Stroumbi to Polemi and beyond but increased agricultural use has reduced its habitat.

Up until two or three years ago the herbicides sprayed in the vineyards controlled just plant growth above ground level and so the bulbs of the tulip survived. The use of stronger Systemic-type herbicides completely kills any plants the sprays make contact with and this began to have a disastrous effect on the bulbs.

The Tulip Club of Polemi was formed the year 2002 in order to protect the tulips. It ai8ms to make farmers more sensitive towards conservation and advises them to spray the vineyards well before the tulip leaves appear, The Tulip Club also hires a large field in which the protected tulips grow to safeguard them for the future.

The bulbs are ste about 60cm. Deep and are around 3cm. in diameter with a tough fibrous outer casing. In early March the first leaf and stem appear above ground. The single stem and leaves grow quickly and the flower bud finally bursts open ten to fourteen days after reaching full height.

The numerous long, scarlet petals each have a dark blotch at the base edged in yellow. This has given the flower the nickname ‘Eye of the Sun’. The intense colours are as strong inside the flower head as outside. 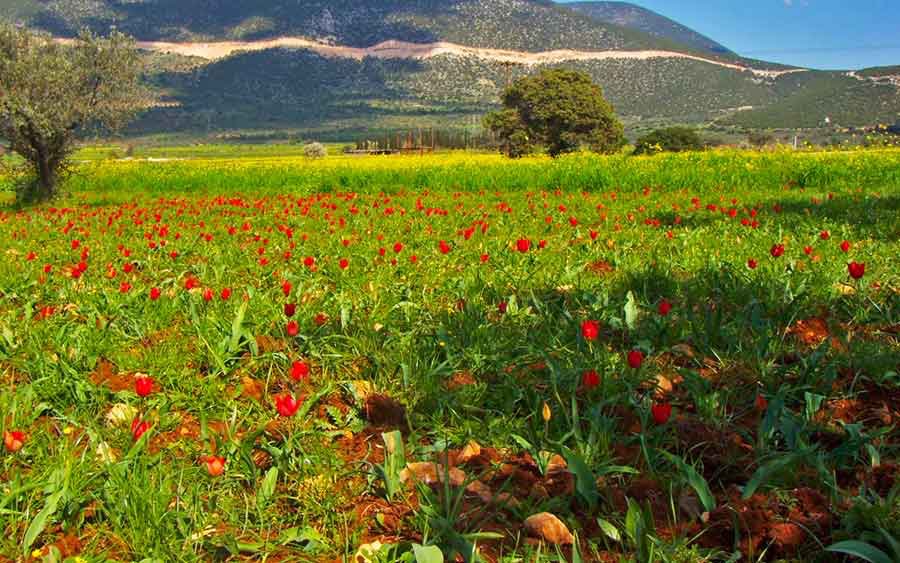 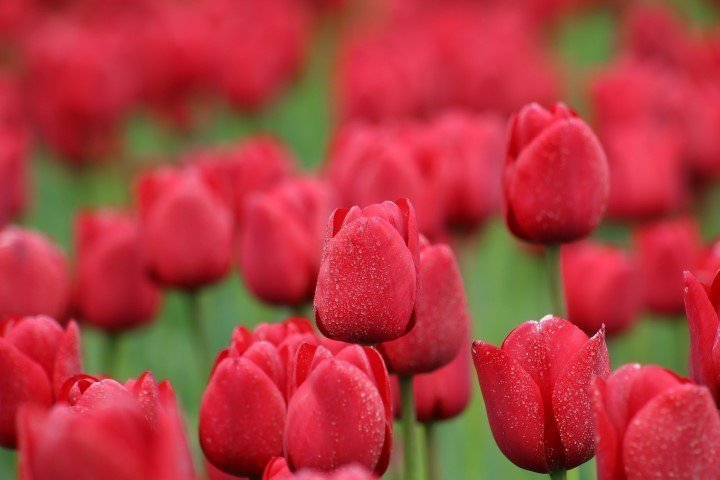 Courtesy of the Community Council of Polemi