Kouka is a small village located 25km from Limassol and only a few minutes from Platres and the Troodos mountains. Platres is a resort known all over the world. Kouka is in the middle of the villages of Koilani, Pera Pedi, Sylikou, Moniatis, Saittas and Trimiklini.

It is included among the wine producing villages of Limassol District and it is surrounded by vines, pine trees and oak trees, some of which are over 100 years old. There are those that say that Kouka has the best air in the whole of Cyprus and that anyone fortunate enough to live here will live a very long time.

The tradition of the village goes back through the centuries, as it is famous for the Timios Stavros Monastery, founded during the years of Saint Helena, the mother of Constantine the Great, who visited the island in the year 327 AD. The most important Chronicles of Cyprus, Leontios Macheras, Georgios Voustronios and Archimandrite Kyprianos, document the Monastery and the Holy Cross of the church, on which were kept pieces from the Holy Wood that Saint Helena gave as a present to the village.

Kouka derives it’s name from the word “Koka”, the type of hair of a noble man who had most of the village as his property, probably during the Venetian period in Cyprus.

The Kouris Valley, about 20 minutes from Lemesos (Limassol), has a number of important Byzantine monuments. They include the 12th century church of the Monastery of Panagia tis Amasgou (Our Lady of Damascus), the church of Timios Stavros (Holy Cross) at Kouka village and the monastic church of Archangelos Michail (Archangel Michael) at Monagri.

The church of the Holy Cross in Kouka is a cruciform Byzantine building with a dome over the transept. The church is associated with the legend of the Holy Cross and on the north side is a small square chamber probably built to contain the original relic of the church, which was a quantity of sawdust from the Cross when it was sawn into pieces on the order of St Helena.

In AD325 St Helena travelled to Jerusalem at the request of her son Emperor Constantine I, and while there she claimed to have discovered the true Cross and the crosses of the two thieves.

In AD327 she embarked for Rome taking substantial pieces of the crosses with her together with an amount of sawdust obtained from dismantling the True Cross. The story goes that she stopped in Cyprus and during her stay on the island she deposited a small quantity of the sawdust in Kouka.

More famously one of the crosses is said to have been moved by miraculous means to the mountain of Stavrovouni where a monastery was subsequently built.

There are some remains of painting on the roof and walls of the north transept, and there is an unusual 17th Century icon of the Blessed Virgin Mary with a bronze medallion of the Virgin and Child in the centre.

The church was once surrounded by monastery buildings, but all that now remains is a building to the west that formerly contained an olive press.

The route of the Old Military road from Limassol to Troodos dating from the start of the British Administration period after 1878, otherwise known as the Kitchener Road, passes through Kouka and is marked in red on the map below.

Parts of this road are clearly visible today, especially where it winds up the side of the Kouris valley to Kouka in a series of hairpin bends which were necessary in order to reduce the gradient so that it could be handled by teams of oxen. 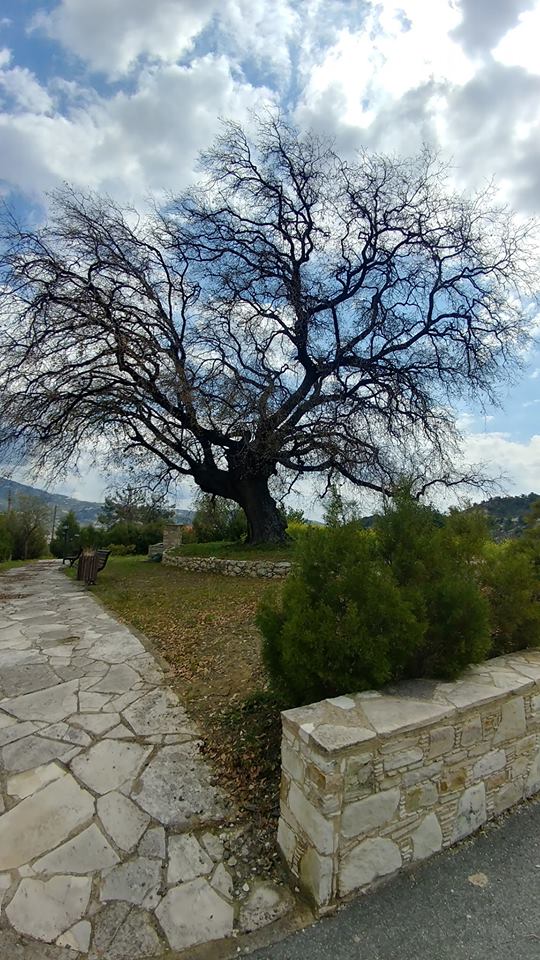 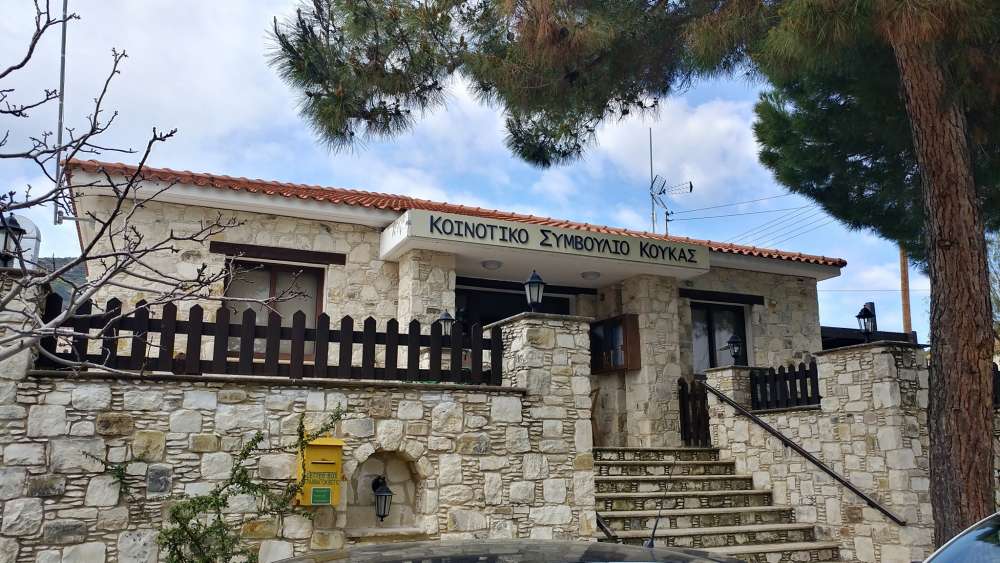 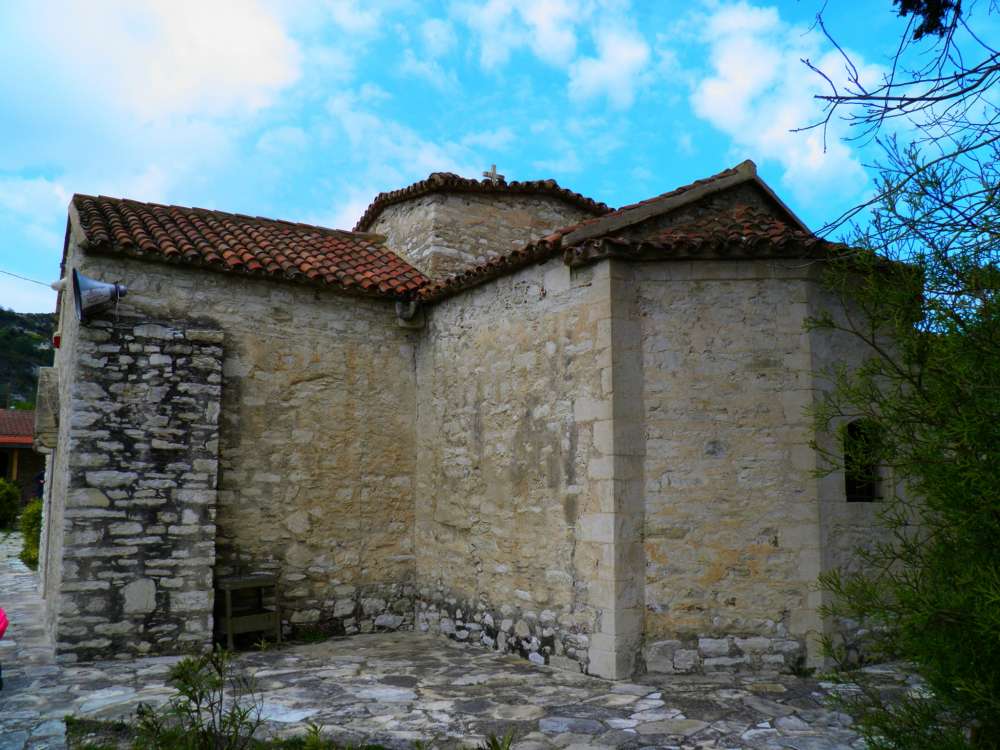 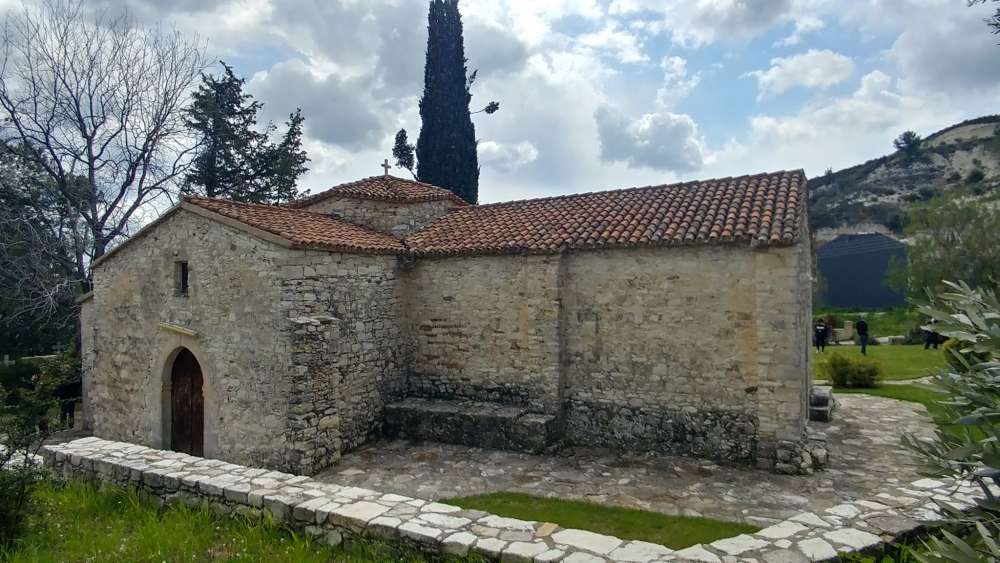 Courtesy of the Community Council of Kouka