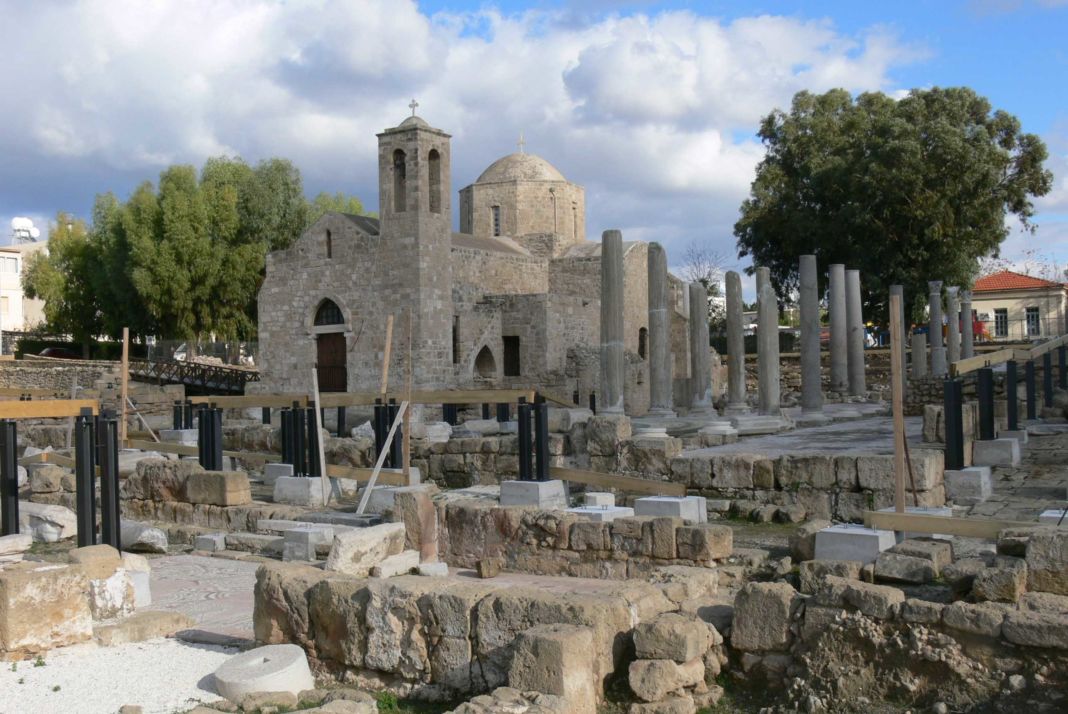 Located in Kato Pafos (Paphos), the Panagia Chrysopolitissa Church was built in the 13th century over the ruins of the largest Early Byzantine basilica on the island. Within the compound is St. Paul’s Pillar, where according to tradition, Saint Paul was flogged before the Roman governor Sergius Paulus was converted to Christianity.

The church was originally seven-aisled, but was later reduced to five aisles. The floor of the basilica was covered with colourful mosaics, some of which are still preserved.