Located in the mountainous region of Marathasa Valley, the Monastery of Kykkos is the wealthiest and most lavish on the island, and stands on a mountain peak, at an altitude of 1.318 metres. 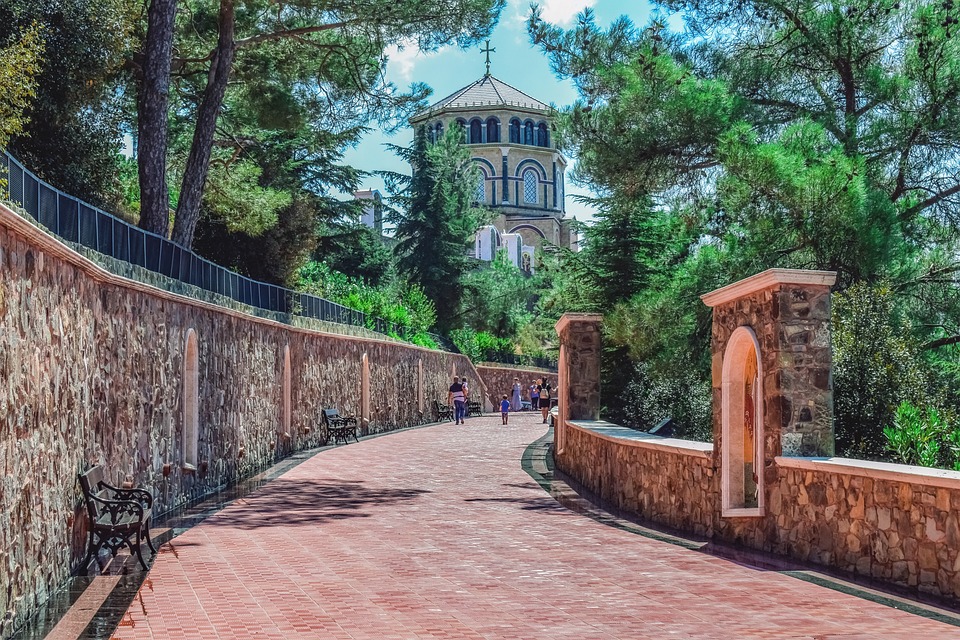 Dedicated to Panagia (the Virgin Mary), the monastery possesses one of three icons attributed to Agios Loukas (Apostle Luke) the Evangelist. The icon – covered in silver gilt – is in a shrine made of tortoiseshell and mother-of-pearl that stands in front of the iconostasis. 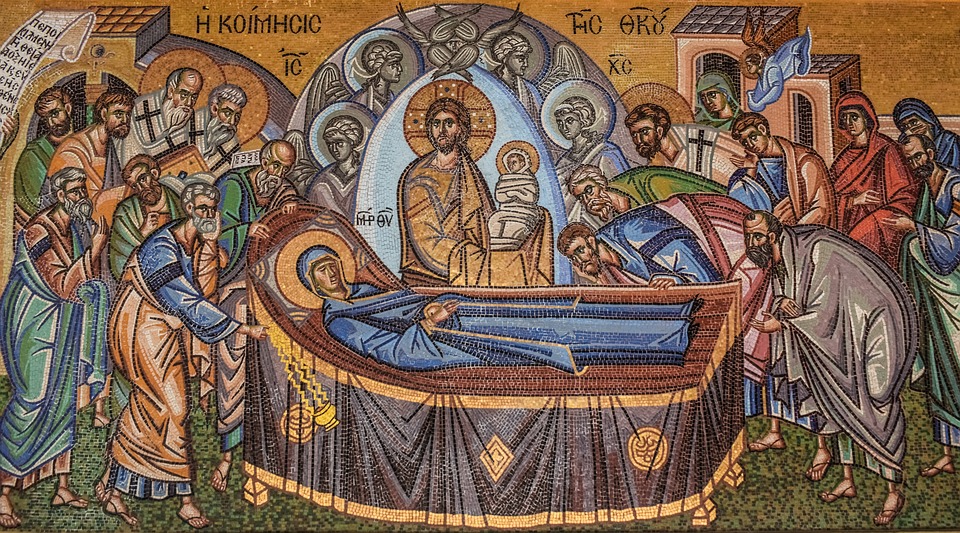 According to tradition, Cypriot hermit Isaiah miraculously healed the daughter of Emperor Alexios I Komnenos (1081-1118 AD). As a reward, he asked for the icon, and though grieved at the prospect of losing the treasure, the emperor sent it to Cyprus, along with the funds to pay for the construction of a monastery where the sacred relic would be kept. 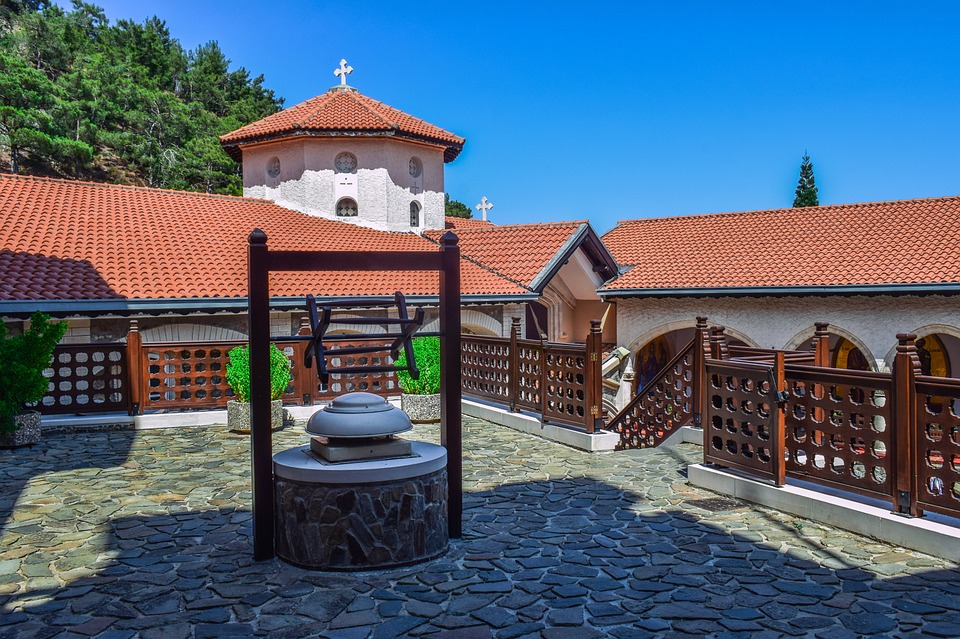 The monastery was burned down several times and nothing remains of the original structure. 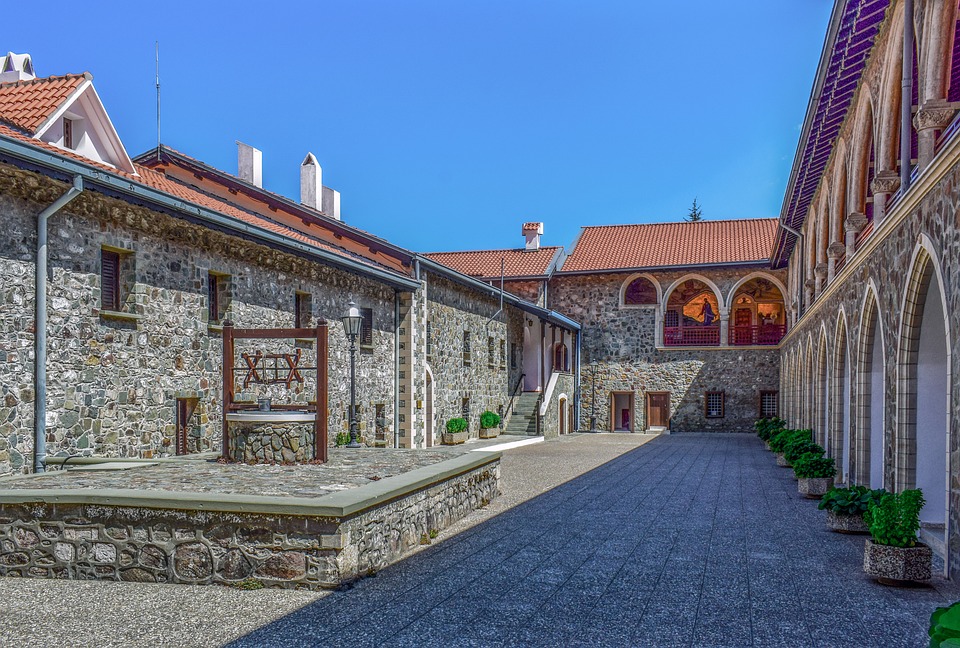 Today, the monastery produces Zivania spirit and other alcoholic drinks, and holds religious fairs on September 8th (Birth of the Virgin) and August 15th (Dormition of the Virgin). There is also a museum on the grounds, whilst it is noteworthy for being the monastery that the first President of Cyprus, Archbishop Makarios III served at as a novice. 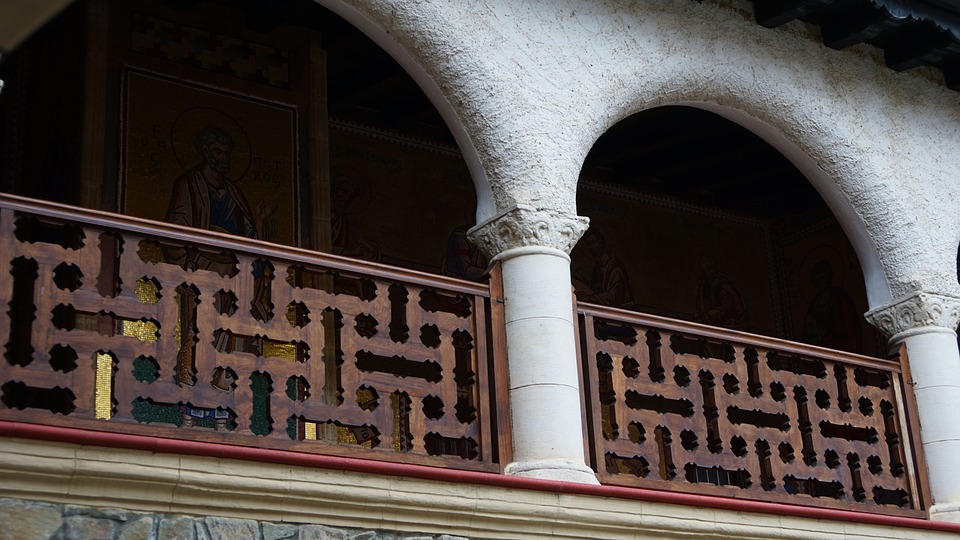