THE CYPRUS PROBLEM – The Enclaved 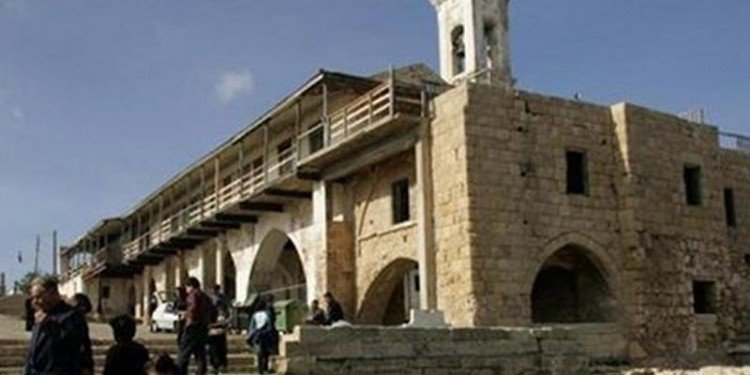 At the end of the second phase of the Turkish invasion late in August 1974, about 20,000 Greek and Maronite Cypriots inhabiting in villages and townships primarily in the Karpass Peninsula of northeast Cyprus and in villages west of the city of Kyrenia remained behind the ceasefire line. Today, only a total of 443 persons remain behind the “green line,” of whom 338 are Greek Cypriot and 105 Maronite Cypriots. These persons are known as the “enclaved”. Most chose to stay behind because of their attachment to their homes and properties, the fear of displacement and the hope that following the ceasefire they would be able to remain and continue with their lives. They were proven wrong!

On 2 August 1975, at the conclusion of UN sponsored intercommunal talks the leaders of the Greek and the Turkish Cypriot communities reached an agreement known as the “Third Vienna Agreement” addressing important humanitarian aspects affecting the lives of the enclaved. The agreement provided that:

● Greek Cypriots at present in the north of the island were free to stay. They were to be given every help to lead a normal life, including facilities for education and for the practice of religion as well as medical care by their own doctors. They were entitled to free movement in the north of Cyprus

● Greek Cypriots residing in the north of Cyprus, who at their own request and without having been subjected to any kind of pressure, wished to move to the government controlled area of Cyprus would be allowed to do so

● Priority would be given to the reunification of families, including the possible transfer of a number of Greek Cypriots at present in the south, to the north.

Despite the Third Vienna Agreement, Turkey and its Turkish Cypriot surrogates have violated all its terms. Since 1974, the enclaved have endured conditions of hardship and oppression because of their ethnicity, language and religion.

“…The treatment complained of was clearly discriminatory against them on the basis of their “ethnic origin, race and religion”…the hardships which the enclaved Greek Cypriots were subjected… attained a level of severity which constituted an affront to human dignity…”

The treatment of the enclaved has been examined in the interstate applications filed by the Republic of Cyprus against Turkey under the European Convention; by the European Parliament; by the Parliamentary Assembly of the Council of Europe and by the United Nations. The evidence of the mistreatment of the enclaved and of the violations of their rights is overwhelming:

● During the course of the invasion and until the end of military operations, men, women and children of all ages were detained under inhuman conditions. Many were also held as hostages

● The total supervision of daily life by the occupation authorities

● The use of public phones was allowed only in police presence. The privacy of correspondence was not respected

● The enclaved were abused, beaten, arrested and even jailed for reasons as not saluting a member of the occupation army

● Assault and battery became a common occurrence. It increased with the influx of Turkish mainland settlers in the Karpass Peninsula

● Looting of properties was common

● No effective local remedies were available

● Medical care was not available by Greek Cypriot physicians who could communicate with their patients. Persons receiving medical care in the free areas of the Republic were not allowed to return to their homes

● Until 2003, education was limited to a few poorly equipped and staffed elementary schools. Books brought in from the free areas of the Republic were heavily censored while the few teachers allowed to teach had to be approved by the occupation authorities

● The freedom of religion was severely restricted. Churches were looted, desecrated and destroyed. The faithful and their priests were not allowed freedom of movement to participate in religious ceremonies

● The enclaved had their properties confiscated, looted and destroyed. They could not bequeath property to their relatives living in the free areas of the Republic

● The enclaved were not able to communicate with family members in the government controlled areas of Cyprus. This was a special hardship as children over the age of 12 attending school in the free areas of Cyprus had no contact with their parents.

These inhuman and degrading conditions had the objective of completing the ethnic cleansing of occupied Cyprus and were directed at Greek and Maronite Cypriots because of their language, ethnicity and religion. All these actions are in violation of both the European Convention and of the Third Vienna Agreement of 1975. These violations have been documented by multiple European missions and institutions. It is ironic that the judgment of the European Court of Human Rights in the fourth Cypriot interstate application against Turkey, the only negative vote cast in the damning judgment against Turkey was the vote case by the Turkish judge. The European Court of Human Rights determined by 16-1 votes gross violations of article 9 of the European Convention (freedom of thought, conscience and religion), article 10 (freedom of expression), article 1 of Protocol I of the Convention (peaceful enjoyment of possessions, confiscation of property), article 2 of Protocol I of the Convention (access to education), article 3 (discriminatory treatment), article 8 (respect for the home and private and family life), article 13 (absence of effective remedies).

The Third Section of the European Court of Human Rights on 9 November 2006 declared admissible the case of Mrs. Eleni Foka against Turkey. She is a Greek Cypriot teacher expelled from the occupied areas, mistreated and not allowed to return to her home and to her occupation.

Even though the Fourth Section of the European Court of Human Rights in its judgment of 24 June 2008 found in favor of the applicant in certain aspects of her case, Fokas’ attorneys have appealed the ruling to the plenary session of the ECHR in order to clarify certain technical and other legal points arising from the ruling.

The European Court of Human Rights has held Turkey to be responsible for all these violations whether committed by its agents or those of its subordinate local administration, because Turkey is in effective control of the occupied areas. Both the European Parliament and the Parliamentary Assembly of the Council of Europe have condemned Turkey’s practices against the enclaved. These violations continue more than thirty years after the Turkish invasion, while Turkey aspires to become an EU member.

“…The Assembly is particularly shocked by the imposed division of families, the prohibition of young people returning to their homes, the arbitrary confiscations and expropriations and the general climate of apprehension and uncertainty, even fear, to which members of these communities are deliberately subjected…[The Assembly calls on Turkey]…to cease all humiliation of the Greek and Maronite communities and put an end to the climate of intimidation…”