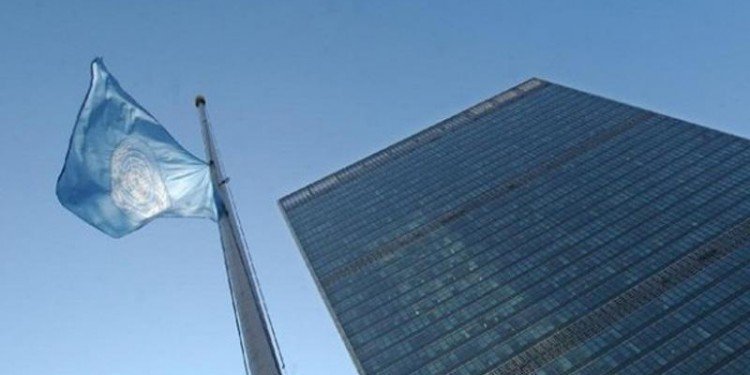 In a joint report (1976) under former article 31 of the European Convention, Turkey was found to have violated articles 2 (right to life), 5 (liberty and security of the person), 8 (respect for private and family life, home, etc), 13 (effective remedies for violations of rights and freedoms), and article 1 of Protocol 1 (peaceful enjoyment of possessions). On 20 January 1979, the Committee of Ministers adopted resolution DH (79) calling for the enduring protection of human rights through intercommunal talks leading to a solution of the dispute.

The Commission, under former article 31 of the European Convention, found Turkey in breach of its obligations under article 5 (liberty and security of the person), article 8 (respect for private and family life, home, etc) and article 1 of Protocol 1 (peaceful enjoyment of possessions). On 2 April 1992 the Committee of Ministers adopted resolution DH (92)12 in respect to the Commission’s Report and made the 1983 report public.

By its decision, the Federal Circuit Court of Appeals affirmed the verdict of 3 August 1989 of the US District Court in Indianapolis. The case involved the ownership of plundered sixth-century mosaics from the Church of Kanakaria in the occupied part of Cyprus. The mosaics had been removed by Turkish antiquities smugglers and sold to an American art dealer for $1.2 million. The mosaics were returned to their legitimate owner, the Church of Cyprus. This decision set an important precedent in the US for the protection of cultural property. Even though it has ratified the 1954 and 1970 UNESCO conventions on the protection of cultural property, Turkey has done little to stop the vandalism, destruction and plunder of Greek Cypriot cultural property in areas controlled by the Turkish army.

The Court ruled that only import and phytosanitary certificates issued by the competent authorities of the Republic of Cyprus could be accepted by the European Community member-states. The ruling acknowledged that the only Cypriot state recognized by the European Community is the Republic of Cyprus. Import and phytosanitary certificates issued by Turkish Cypriot “authorities” are excluded because the “entity such as that established in the northern part of Cyprus…is recognized neither by the Community nor by the member-states.”

The Court of Justice looked into the matter at the request of Britain’s High Court following a case filed in the United Kingdom by Cypriot exporters of citrus fruit and potatoes. The High Court requested an interpretation of relevant provisions of the EC-Cyprus Association Agreement of 1972 and of the EC Council Directive 77/93/EEC. Britain’s High Court affirmed the Court of Justice decision in November 1994. This important decision recognized the sovereignty of the Republic of Cyprus over the whole of the island with regard to its relations with the European Community.

The European Court of Human Rights found that the applicant, Ms Titina Loizidou, a citizen of the Republic of Cyprus, remained the legal owner of her property that was located in the areas occupied by the Turkish army. The Court made three judgments: on preliminary objections (23 March 1995); on the merits of the case (18 December 1996); and on “just satisfaction” (28 July 1998). In a precedent-setting decision, the Court regarded Turkey as an occupying power responsible for the policies and actions of the authorities in the occupied areas. The Turkish Cypriot “authorities” were described as Turkey’s “subordinate local administration.”

Turkey was found in breach of article 1, Protocol 1 of the Convention by its continuous denial to the plaintiff of access to her property and by its purported expropriation without compensation. On 28 July 1998 the Court ordered Turkey to pay damages to Ms Loizidou. Turkey’s refusal to comply with the judgment resulted in resolutions by the Council of Ministers of the Council of Europe. These resolutions deplored Turkey’s non-compliance, reminded Turkey of its acceptance of the Convention and of the Court’s compulsory jurisdiction, and called on the Council to take appropriate steps to enforce compliance. With decisions pending on Turkey’s EU application and under the threat of sanctions, Turkey, in December 2003, did pay the sum of 641.000 Cyprus pounds (approximately $1.5 million), to Titina Loizidou. However, Turkey has not taken any steps leading to the restitution of Ms Loizidou’s property.

This is the most far reaching decision on the applications filed by the government of the Republic of Cyprus against Turkey. The decision affirmed the earlier interstate applications by Cyprus under former article 31 of the Convention (10 July 1976 and 4 October 1983). The earlier cases had documented various violations of the Convention by Turkey since the 1974 invasion.

By majority votes this decision determined:

– That Turkey was in continuing violation of articles 2, 3, and 5 of the Convention by its failure to conduct effective investigations into the whereabouts and the fate of Greek Cypriot missing persons.

– That by its refusal to allow any Greek Cypriot displaced persons to return to their homes, Turkey was in continuing violation of article 8 of the Convention. Similar continuing violations were found on article 1, Protocol 1 (denial of access, control, use, enjoyment of property rights); and article 13 (absence of effective remedies for the property rights of displaced Greek Cypriots).

– Violation of Turkish Cypriot rights in the occupied areas under article 6 (trial of civilians by military courts).

In addressing the case, the Court also affirmed the Loizidou v. Turkey case (1996 and 1998); the illegality of the proclamation of the so-called “TRNC” in 1983 and its “constitution” (1985); and the earlier decisions on the interstate applications filed by the Republic of Cyprus (6780/74, 6950/75 and 8007/77). The Court held Turkey responsible for all these violations as it had “effective overall control of northern Cyprus.” The Court also affirmed that the government of the Republic was the sole legitimate government on the island.

• The case of Varnava and Others v. Turkey, European Court of Human Rights,10 January 2008

The seven-judge panel of the ECHR’s Third Section, with only the judge from Turkey dissenting, held Turkey responsible for the violation of the following articles 2,3 and 5 of the European Convention on Human Rights.

In its decision, the ECHR stressed that Turkey was obliged under international treaties to respect the wounded, prisoners of war, and civilians; specifically under the European Convention of Human Rights, it was obliged to take reasonable steps to protect the lives of those not, or no longer, engaged in hostilities. The judgment also rejects outright the Turkish position that the persons who disappeared during the 1974 Turkish invasion, and are still missing, should be presumed dead. Regarding the relatives of those who disappeared while under Turkey’s custody, the ECHR observes that they “must have undoubtedly suffered most painful uncertainty and anxiety and furthermore their mental anguish did not vanish with the passing of time.”

The British Court of Appeal ruled that a decision by a Cypriot Court, in connection with claims relating to Greek Cypriot owned property in the areas of Cyprus occupied by Turkey, must be executed.

The decision came after an appeal by the Orams couple to the British Court of Appeal on a decision by a Cypriot court ordering the Orams to pay compensation to Apostolides, demolish the holiday home they had built on his property in the village of Lapithos occupied by Turkey, halt all intervention on the said property and deliver it to its legal owner. Meletis Apostolides had taken the Orams couple to court, claiming his property rights over his property in the occupied area where the Orams had built, illegally, a holiday home.

• European Court of Human Rights Decision on the Application of “Demopoulos v Turkey and 7 Others”, 5 March 2010

The European Court of Human Rights (ECHR) delivered its decision on the case of “Demopoulos v Turkey and 7 Others” that the so-called immovable property commission (IPC), which was set up in the areas of Cyprus occupied by Turkey, constitutes an effective domestic remedy. The decision clarifies that the IPC constitutes a domestic remedy of the government of Turkey and not of the illegal regime in occupied Cyprus.

According to the Court’s decision, Greek Cypriots will first have to resort to the IPC before resorting to the ECHR.

The Government Spokesman stated that the judgment will be respected but that it is a negative development, pointing out that the Court cannot refer property owners to means which are essentially the product of illegality, if they want to seek restitution of their right to their property that is under military occupation by Turkey.