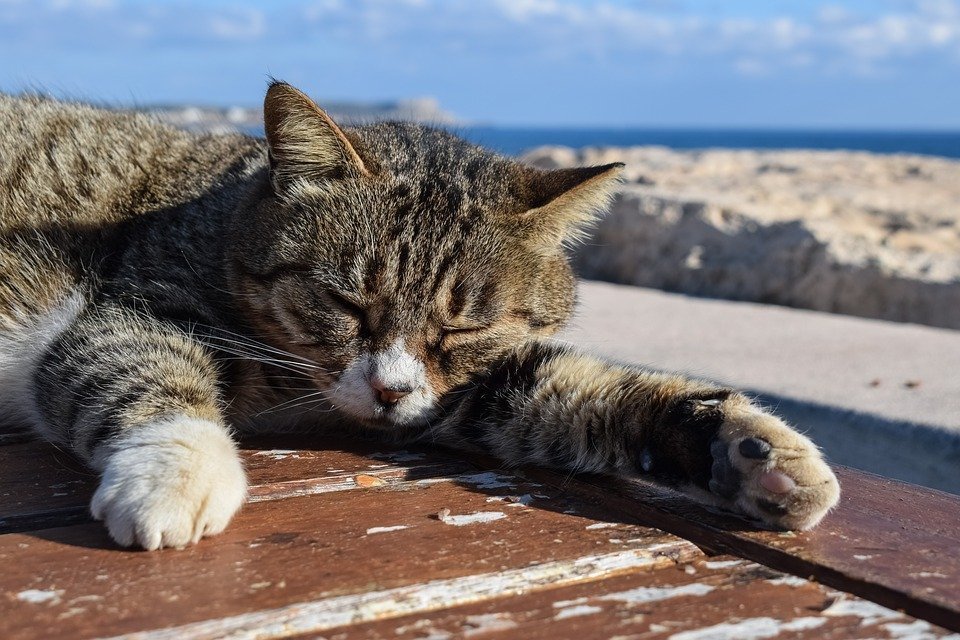 Cyprus cats, also known as Cypriot cats, Saint Helen cats, and Saint Nicholas cats, are a land race of domestic cat found across the island of Cyprus. A standardised breed is being developed from them; among cat fancier and breeder organisations, it is presently fully recognised by the World Cat Federation (WCF), with breeding regulated by the World Cat Congress (WCC), under the name Aphrodite’s Giant; and provisionally by The International Cat Association (TICA) as the Aphrodite.

All three organisations permit short-haired and semi-long-haired versions and no out-crossing to other breeds. 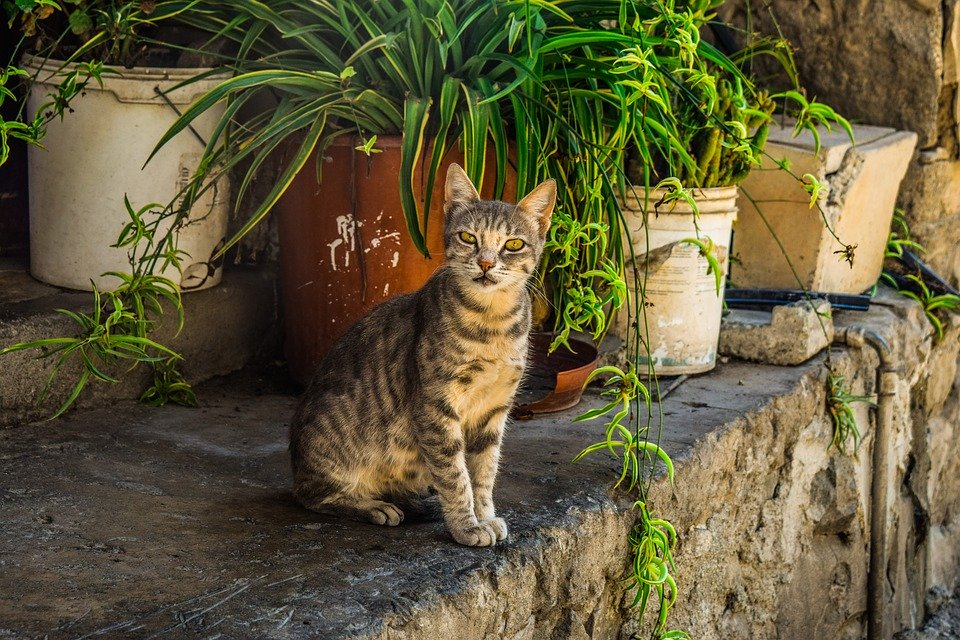 The earliest known written record of cats on Cyprus refers to a story of Saint Helen of Constantinople sending two boatloads of cats to a monastery on the island from Egypt or Palestine in the 4th century A.D. to deal with an infestation of snakes. 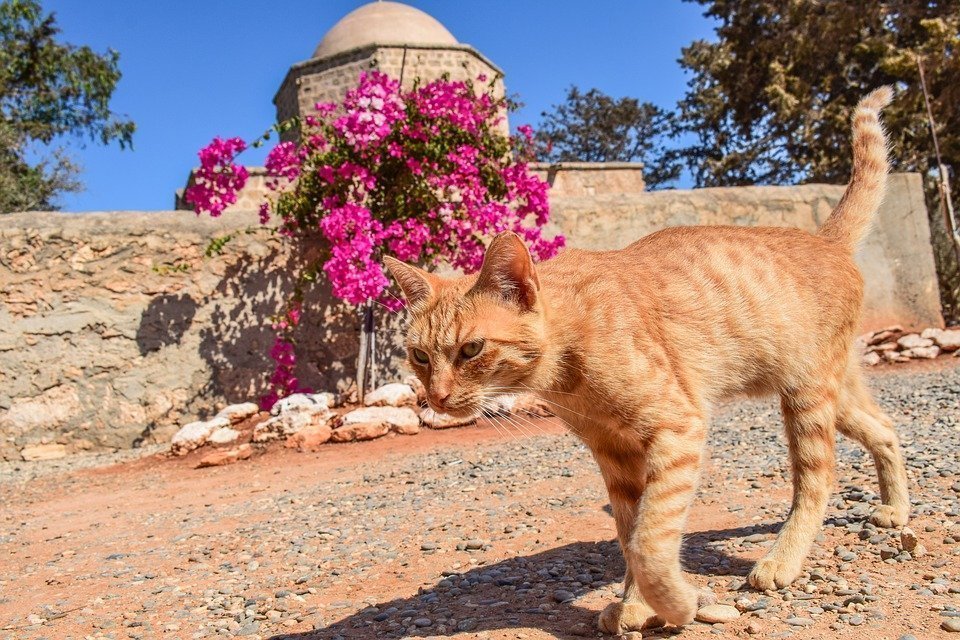 Cats in Cyprus have been able to breed for centuries with comparatively little outside influence; this has resulted in a distinct, locally adapted variety of cat which appears to have developed as a feral population in the inner highlands, though is found throughout the island in modern times.

While wildcats in association with humans on Cyprus date to at least 7500 B.C. – the earliest proven association of cats with humans – there is no known connection between those ancient tamed-wild specimens and modern domesticated Cyprus cats, despite breeder claims to the contrary. 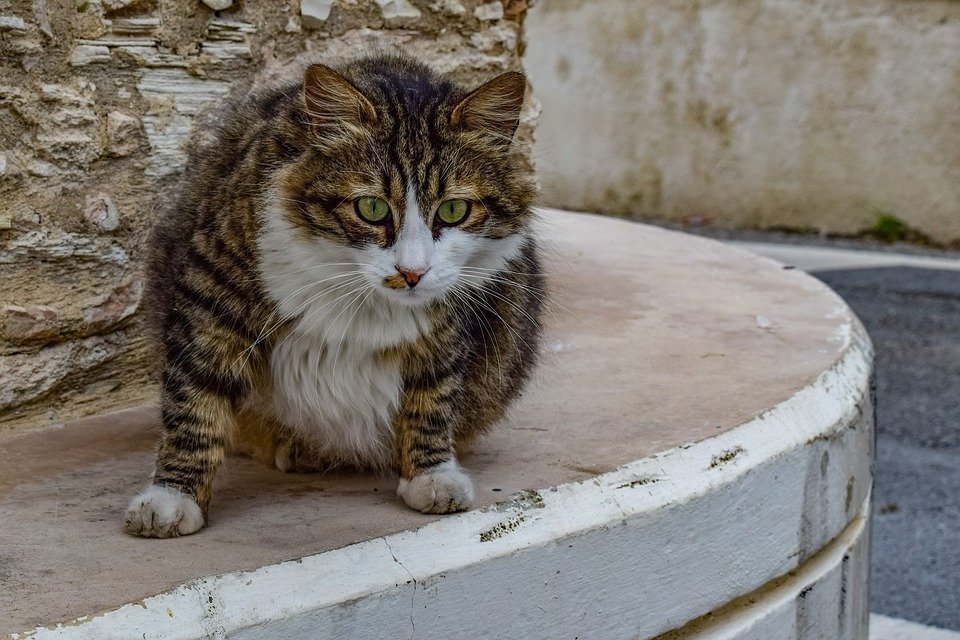 A paper by J.-D. Vigne, et al., concluded in 2004 that the discovery of Near Eastern wildcat (Felis silvestris lybica) remains in a 9,500-year-old grave in Cyprus is the oldest example to date of a cat in close association with humans. Archaeologists led by Jean Guillain working at the Neolithic site of Shillourokambos uncovered carefully interred remains of a cat alongside human remains and decorative artefacts, on an island separated from the mainland since before human habitation, thus indicating human introduction of cats to the area. Examination showed that a small pit or grave had been deliberately dug out, and the body of the cat was placed in it, then rapidly covered

The cat skeleton pre-dates Egyptian depictions of cats by 4,000 years or more. There is no evidence that modern cats of any variety are descended from ancient Cypriot wildcats; nevertheless both WCF and TICA have uncritically repeated breeder claims of such descent.

Cyprus cats of today are more likely linked with the monastery named Saint Nicholas of the Cats, which was founded in the 4th century A.D.. It is located near Akrotiri.

According to Byzantine legend, Helena of Constantinople (Saint Helen) shipped hundreds of cats from Egypt or Palestine to Cyprus in 328 A.D. to control venomous snakes that had infested the area around the monastery, following a drought lasting 37 years. The monastery had two bells, one to call the cats to meals and the other to send them into the fields to hunt snakes. The population of cats at the site (today a nunnery) once dwindled, but has now revived thanks to care by the resident nuns.

Location of the monastery

The Nobel laureate Giorgos Seferis wrote about these cats in his poem “The Cats of St. Nicholas”. 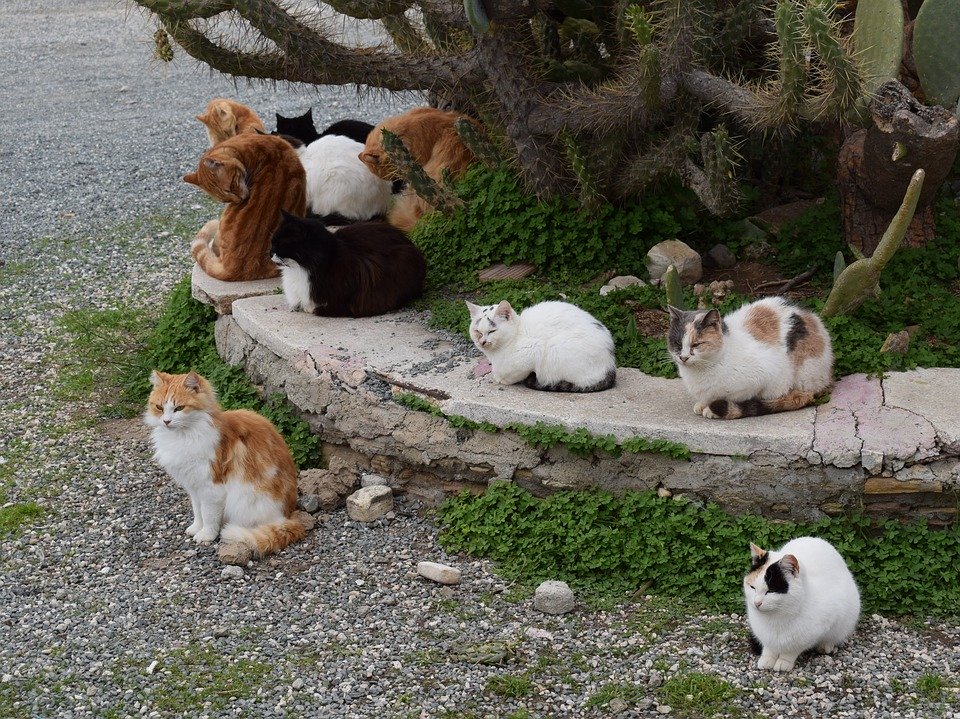 The story being a legend, it is impossible to know for certain today if shiploads of cats were really sent to Cyprus in the 4th century and cats have, of course, been arriving on the island (often as ship’s cats) for many centuries.

The World Cat Congress is of the opinion that Cyprus cats developed over time in mountainous inner Cyprus from various populations of cats around the island and became large and bushy-haired to cope with hunting comparatively large prey like rats, big lizards and snakes in cool, wet, mountain weather, though summers there are fairly hot and dry (Both WCF and TICA note that the thickness of the coat in purebred Aphrodite cats descended from this populations still varies seasonally). 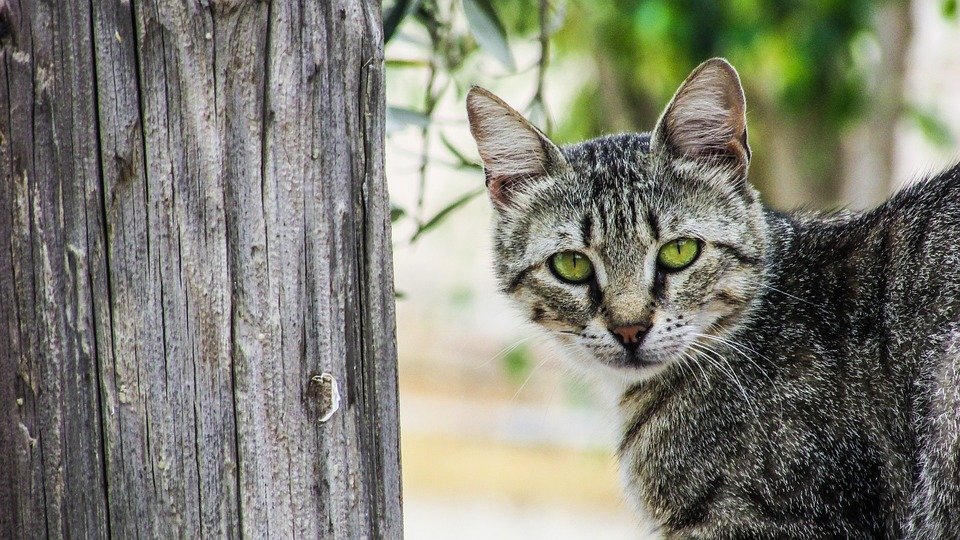 The other two organisations’ breed summaries are generally consistent with this view,though it is uncertain who first produced this account of their origin, or on what basis. It is unclear whether Cyprus cats are closely related to the broader Aegean cat land race of mainland and island Greece. Genetic testing to date (see below) has shown only that the Cyprus cats are distinct enough that a breed could be developed from them. 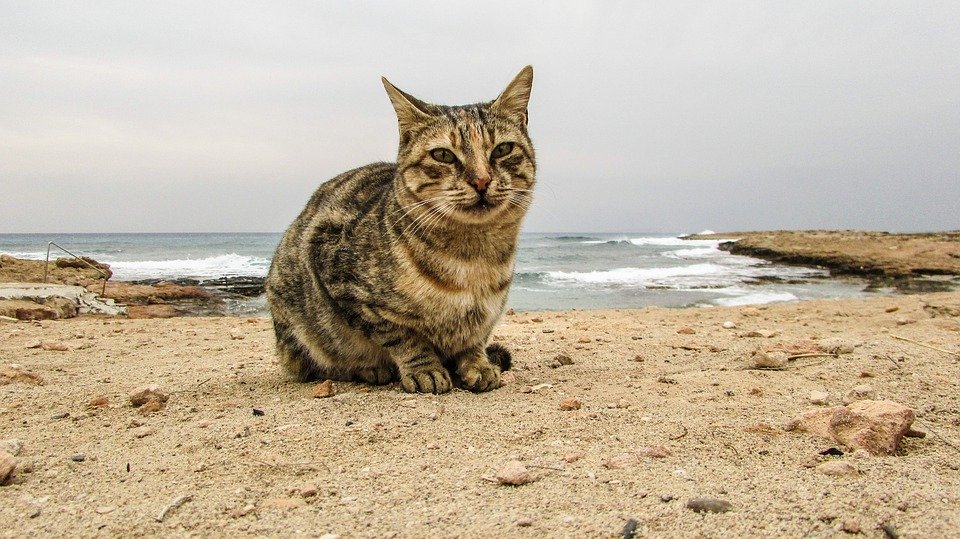 Cyprus cats are somewhat thick-haired (from short-haired up to “semi-longhaired” in cat fanciers’ jargon), and are an athletic and energetic variety. Feral populations are found throughout the island of Cyprus, from mountainous and cooler regions to the lower, hotter areas near the coasts, including in the cities.  As such, this cat has locally adapted to different climates / seasonal change; however, it may be more associated with the mountainous areas. 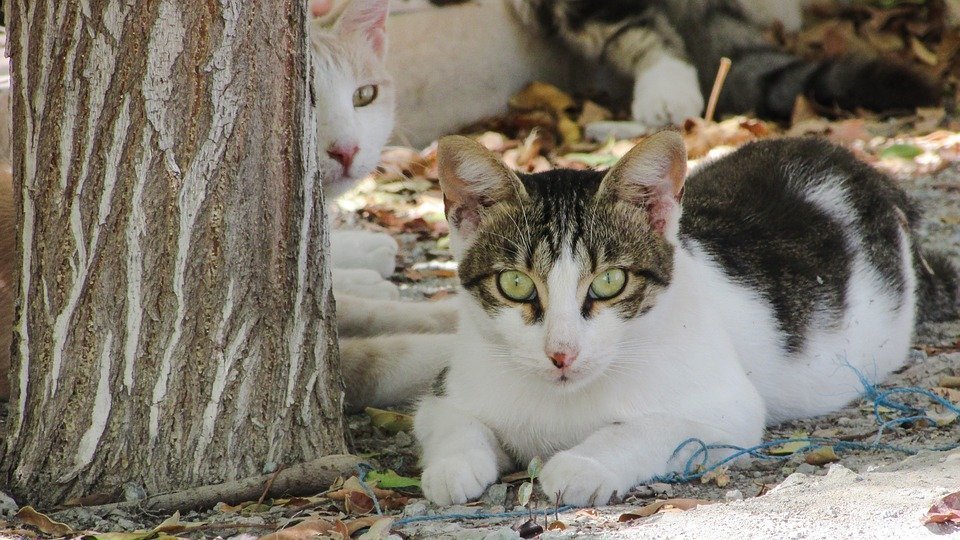 There are thousands of stray cats in Cyprus. They suffer from harsh weather conditions, illnesses, lack of food and water, and human cruelty. We see dead or injured animals hit by the cars on the streets and motorways almost daily.

If you are willing to help the shelters, volunteer or adopt a stray, please check out one of these pages:

By In Cyprus
Previous articleAlmar Seafood Bar: taste of ocean in Larnaca
Next articleNew strategic investment in Cyprus by Greece’s Jumbo group