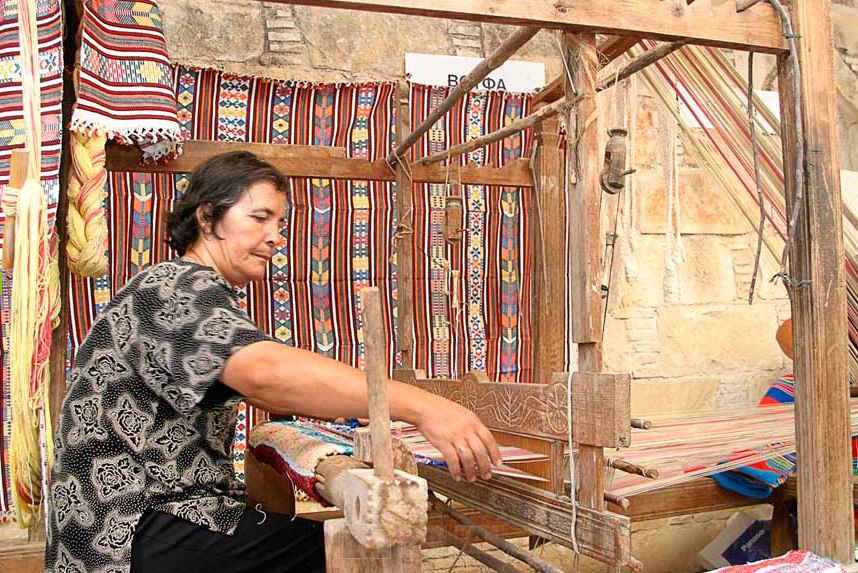 The origins of Phyti weaving are lost. It has evolved through time, having undergone changes brought about by the history of the island. Geometric pattern similar to motifs used in Phyti weaving were used since ancient times, as can be seen from pottery of the Geometric period. Weaving was highly developed during Byzantine times and during the Venetian and Lusignan dynasties. In those days, Cypriot valuable silk and woolen fabrics were sought after for their high quality and exported in great quantities in Europe.

Phyti is the most important type of Cypriot weaving. Its main features are the colourful, geometric texture designs or ploumia, as they are called by the weavers, which are made on natural coloured cotton cloth. The ploumia have mainly strong colours: blue, red, green, orange and yellow. They are made while weaving by using thick coloured threads or fytilia which are placed by the weaver among the wrap threads. 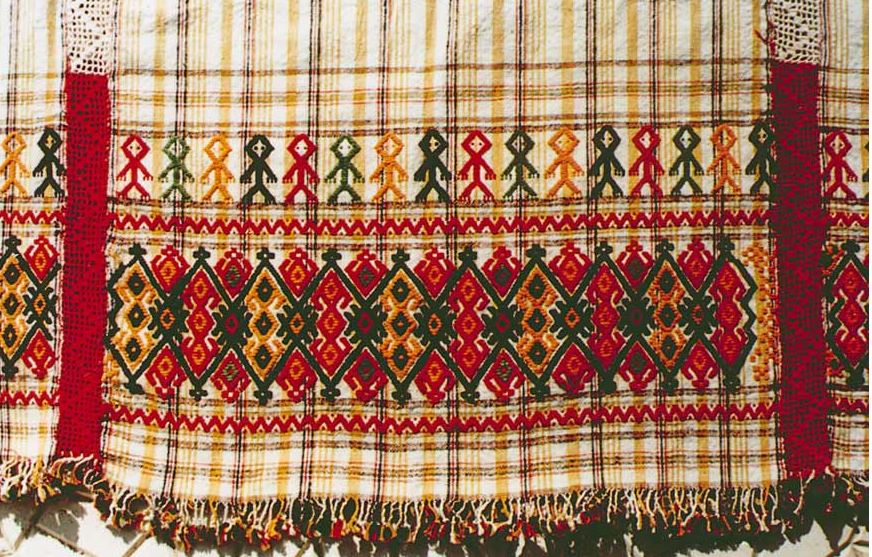 Phyti weaving was mostly made into rectangular napkins, bed-covers and tablecloths. The most dominant shape of the design is the rhomb, which is made parallel to the narrow sides of the fabric. The designs usually come from items used in everyday life such as the black-eye design, of the teacher’s shoe and carped design. These wide designs are separated by parallel rows of narrow design such as the little arch and fish-bone design. Toward the centre of the napkins are formed linear, separate designs such as palm-trees and little women. In the center, a symbolic, richly decorated cross often covered the whole central area of the cloth. The edges of the fabric were adorned with coloured tassels or with added crochet lace.

Phyti weaving was mainly made in the village of Phyti, hence the name, and neighbouring villages, as well as in other areas of the Pafos district. It was also employed in the Karpassia Peninsula, where it was used along the lower side of women’s pantaloons, characteristic of the local traditional costume. These designs, which were very dense, were called pefkota (carpet-like).

Today Phyti weaving is made on a limited scale in the Pafos area, mainly in the village of its origins. It is also made by a number of women trained by the Cyprus Handicraft Service.

By In Cyprus
Previous article
Lefkara Lace
Next article
Pottery