Markideio Theatre into the new era 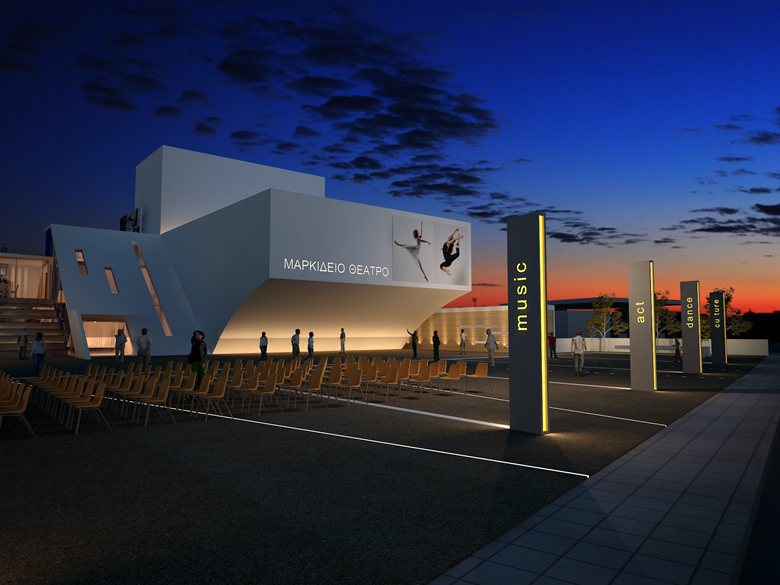 It is  not just the building itself that got our attention; it was its strong link to urban space that impressed us most!

Nowadays, Markideio theatre, once a cinema, has been transformed into a modern, industrial space. However, various problems and discrepancies emerged before the final rehabilitation procedure, since many supported that a demolition of the old cinema would be more beneficial.

On their behalf, the architects of the project, Marios Christodoulides and Christos Christodoulou (Simpraxis), tried to give to the building an alternative dimension, even with new additions that extend to the city, aiming to create a special bond with the town square. Some events have been already hosted there, yet even though the project is not fully completed.