David earns a tie with Goliath 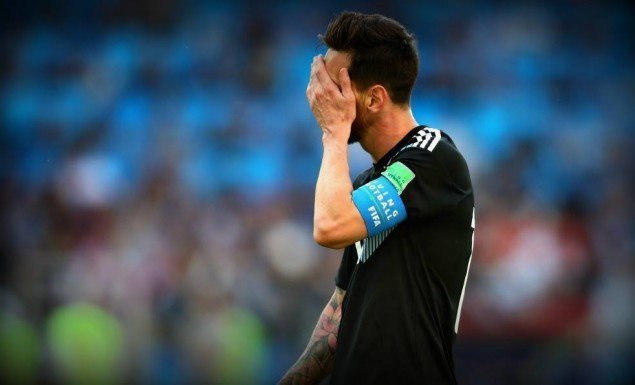 Heimir Hallgrimsson wanted to save time. Before Iceland’s coach faced the questions of the gathered news media on the eve of his country’s first game at a World Cup, he tried to help out. “Before anyone asks,” he said, “I’m still a dentist, and I will never stop being a dentist.”

Hallgrimsson and his players are in no doubt as to how they are perceived; they are well aware of the role to which they have been assigned. They are the ultimate underdogs, the smallest nation ever to play in a World Cup — just as, two years ago, they were the smallest nation ever to play at a European Championship — the team that knows a substantial proportion of its fans by name, the team that is managed by a dentist.

They understand it, too. They appreciate just how compelling their story is, how remarkable it is that a country so small should now have assumed a place if not in the first rank of soccer nations, then surprisingly close to it. The romance of their rise is so seductive that the players cannot help but acknowledge it and, occasionally, even revel in it.

There comes a point, though, where that romance begins to obscure the achievements of these players, rather than celebrate them, where the appeal of presenting them as nothing but a plucky band of adventurers does not highlight the scale of what they have achieved, but begins to diminish it.

For Saturday, in its World Cup debut, Iceland held its own in a 1-1 draw with powerful Argentina — Lionel Messi, Sergio Agüero and all the rest of them — not because of its relationship with its fans, or because of the thunderclap, or because of its coach’s day job.

No, Iceland emerged with a well-deserved point — and a substantially enhanced chance of reaching the knockout rounds of this competition, just as it did at the Euros in 2016 — because of something much more mundane, and much less quirky and compelling: the fact that it is a well-organized, well-drilled side, made up of hard-working, disciplined professionals and sprinkled with just a little invention and stardust. Iceland keeps achieving these things, keeps surprising the world and surpassing its assumed limitations, because it is a good team.

And the romance with Iceland is the consequence of all this, not the cause.

That Iceland, population 330,000, could hold off Argentina, population 43.85 million humans, plus Messi, is not a shock to compare with Cameroon beating Argentina in the 1990 World Cup, or Senegal overcoming France in 2002. It is not even an equivalent to New Zealand’s tie with Italy in 2010.

Iceland’s soccer pedigree is too great, its quality too high, for it to be included with those startling results. This is a team, after all, that boasts players in the Premier League, the Bundesliga and Serie A; of the 23 players at Hallgrimsson’s disposal in Russia, only one — right back Birkir Saevarsson — still plays in Iceland. Judging by his performance Saturday, shutting down no less a threat than Ángel Di María, he will not be there for long.

Argentina started this game with Aguero, Di María and Messi on the field, a trio worth many hundreds of millions of dollars, if any price at all can be put on the last of the three.

As well, Jorge Sampaoli, the Argentine coach, had the option to bring on Gonzalo Higuaín, a striker Juventus paid more than $100 million to sign from Napoli in 2016. In fact, Sampaoli, if he chose, could cycle through three different tactical approaches, or even four. He had a player for every purpose on the bench.

But in the end, nothing he tried made the difference Saturday, in part because of Iceland’s obduracy, its refusal to wilt. But only in part. For Argentina’s shortcomings were there to see, too.

The easy analysis would have it that Messi is somehow reduced when he is removed from the context of Barcelona and put in his country’s uniform. But it is worth pausing to ask why it is, precisely, that an Argentine team blessed with so much attacking talent is so reliant on just one player, even if he may be the best there has ever been.

Too many of his illustrious Argentine teammates seem content to exist entirely in his shadow, waiting for him to deliver a miracle. When he fails — as he did here, with his second-half penalty shot saved by Hannes Halldorsson, Iceland’s film-producing goalkeeper, another little dash of romance — there is no obvious candidate to ease his burden.

None of that should detract, of course, from Iceland’s joy. This was a marquee result on a red-letter day for the team, and the country. It deserved its celebrations after the game, spending several minutes on the field, communing with its fans.

All of that only adds to the romance, of course. There will be more people who fell in love with Iceland on Saturday, with its determined defending, its courage, its cleareyed focus in the face of dazzling talent, in the Moscow sunshine.

But to reduce this team to nothing more than a novelty act does Hallgrimsson, and his players, a disservice. They are not here to win hearts, or fans. They are here to win games. They know it is a wonderful story, one that deserves to be told. Their concern, though, is not how they came to be here, but what they can do now that they are.