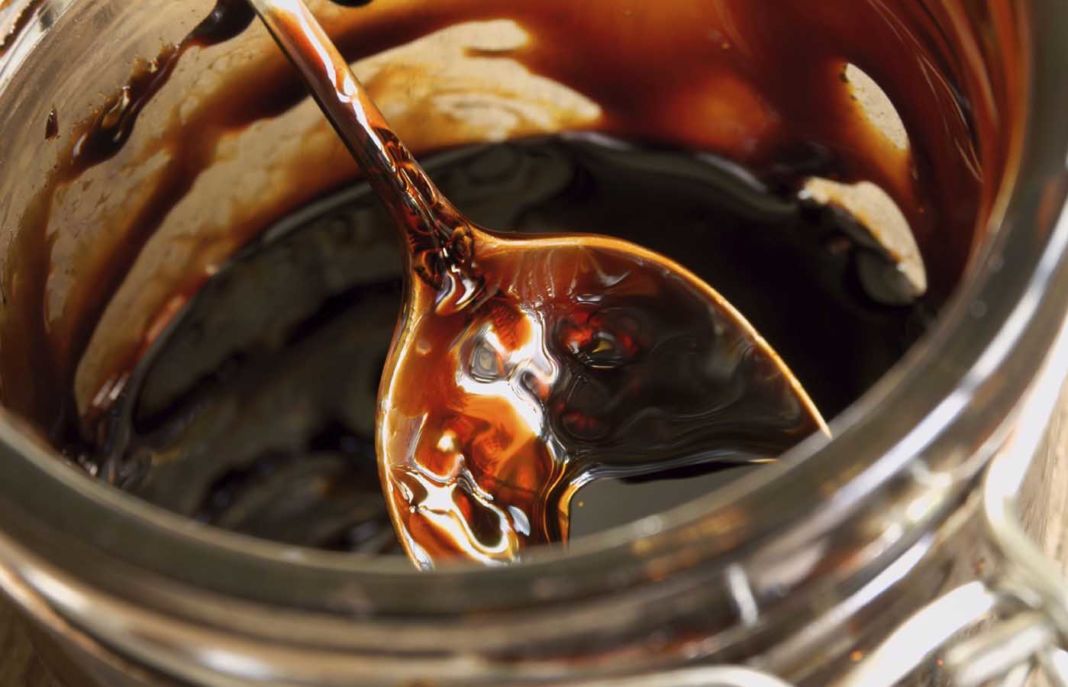 Τhe connection of the carob tree (known locally as teratsia) with Cyprus has its roots deep in history. In the etymological sense, Cyprus owes one of its oldest names to this humble tree. Cyprus was once called Kerasteia, Kerastia, Kerastis – all words that have their root in the old name for the carob tree, then known as keratea or xylokeratia and considered the tree most representative of the island.

Its fruit was valuable for villagers since carobs at the time represented the main source of income for the rural population, and it was justifiably known as “black gold”. Since then the carob tree has had its ups and downs. In recent years, the humble carob was ignored with few showing any interest in it. Except, of course, for the farmers who would patiently pick the fruit under the hot August sun every summer, gathering the harvest for export. The village of Zygi, at least in its present form, was built in the early years of British rule when the large carob warehouses were built to store the exports that took place from there. Cultivation of the carob in the surrounding region was important. Nearly all the production from Larnaca and Limassol was brought to Zygi and stored in the stone-built warehouses. The village took its name from the Greek word for scales because that is where producers would bring their carobs to be weighed before they were delivered to the warehouses. They were then ground in the carob mills and from there taken to the pier and loaded onto ships for export. The stone-built warehouses and the pier now dominate the centre and the coastal part of the village.

The Limassol carob mills, west of the town’s Mediaeval Castle and close to the old port, were built in the early years of the 20th century when carobs were one of the main products exported from Cyprus to the United Kingdom, Egypt, Russia and elsewhere. Most of the equipment used to process the carobs has been preserved and has been exhibited since 2002 in a building renovated to combine the authentic atmosphere of the past with the sophisticated aesthetic of the present. Though white sugar currently dominates in prepared food, not that long ago one of the main natural sweeteners in the world was made from carob.
In Cyprus of yesteryear, the best known sweets – and Lenten ones – were the handmade “koulourouthkia” (small rolls) that were boiled in carob syrup.

Carob was also known as the “bread of St John the Baptist” because carobs were an important part of his diet, while, according to the Bible, it was carobs that kept the prodigal son alive. During the Spanish Civil War carobs were used to help feed the children while, during World War ll and the German occupation, armies, horses and people in the Greek countryside were able to keep body and soul together thanks to this gift of nature. Later it was used to make films, medicine, cosmetics, sweets and chocolates. In recent years, carob syrup has become popular in Europe and is sold in health food sections as an excellent alternative to chocolate, a delicacy the children of Cypriots enjoyed for many generations.
Carobs are very nutritious. They are richer in calcium than milk, as they contain 350mg of calcium per 100 grams compared to milk which contains 120 to 130mg per 100 grams. Carobs also have 4% protein and 63% carbohydrates while they are also rich in phosphorus (80mg per 100 grams) and vitamins Α and Β. They also contain small quantities of iron, nitrate and other minerals.

THE CAROB AND THE CARAT
In ancient Greece, the carob was called “keration”. The carat, the only way of measuring the weight of precious stones and gold, started with the ancient practice of measuring gold with the weight of carob seeds “keration” in ancient Greek, the Latin variation of the word became carat. The Roman pure gold coin, the solidus weighed 24 carob seeds or 24 carats and became the measuring stick for all the remaining qualities of gold (18 carats, 16 etc). Later, this weight was fixed at exactly 2 grams.