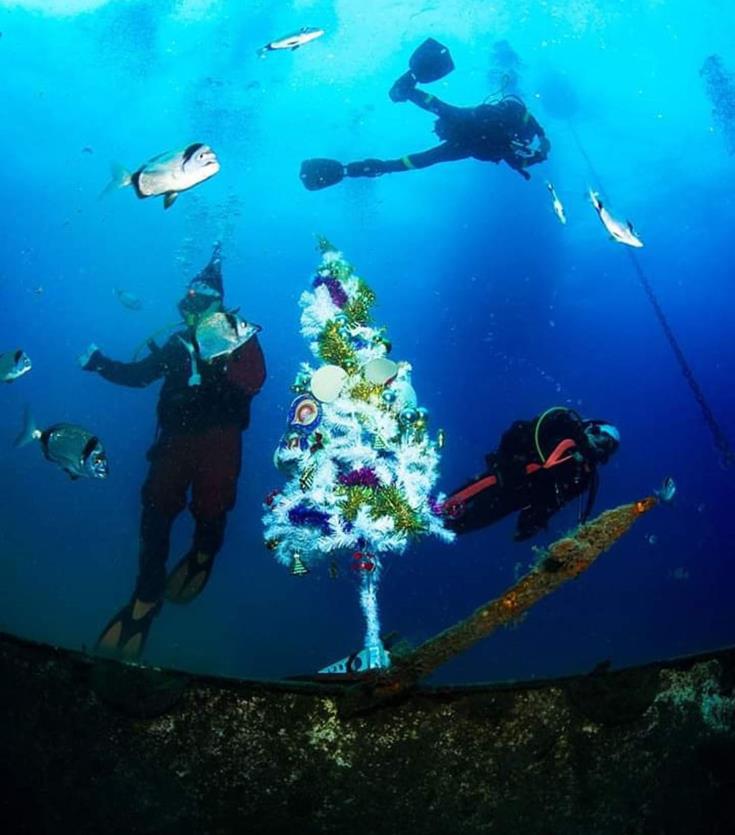 The Zemobia wreck, a  favourite diving spot, took on a festive air yesterday when divers decorated it with Christmas ornaments.

A.A.K. Larnaca Napa Sea Cruises, which owns the wreck, said that the divers decorated a Christmas tree at the wreck with non-toxic, non-soluble decorations.

The divers swam to to wreck with the tree and ornaments, which they decorated. At the end of the event, both the tree and the ornaments were brought back to shore, leaving the seabed plastic-free, it added.

The Zenobia, a Swedish roll-on-roll-off ferry, was fully loaded with 104 trailers and trucks when she sunk off Larnaca’s fishing harbour in June 1980. Today, she ranks as one of the top 10 wreck dives in the world.

Nicknamed ‘The Titanic of the Mediterranean’, the 165-metre ferry was carrying varied cargo on her many articulated lorries when she sank, including cars, military equipment, games, food and telecommunication systems. She now lies on her portside on a flat bed of sand and rocks, 1.5km from the shore.

The seabed is at a depth of 42m, and the top of the wreck is 16m below the water surface. The water visibility is up to 50m, with the temperature ranging from 16oC in the winter to 27oC in summer.