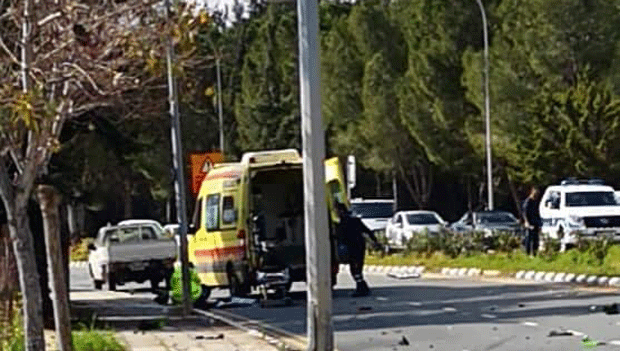 38-year-old motorcyclist Dimos Kamilaris was killed in an accident on Sunday morning in Paphos.

Kamilaris, father of twins, was driving on the road between Paphiako soccer stadium and Kato Paphos’ tourist area when he lost control oh his large-capacity motorcycle under unknown circumstances.

According to Paphos traffic police, the 38-year-old from Yeroskipou lost control of his motorcycle, hit a street lamb pole with force sliding in the opposite lane of the road dragging the man for a large distance.

Passing drivers called for an ambulance and notified the police who are investigating the circumstances under which the accident happened.

Police later confirmed that they are investigating information that a second motorcycle may have been involved in the accident.