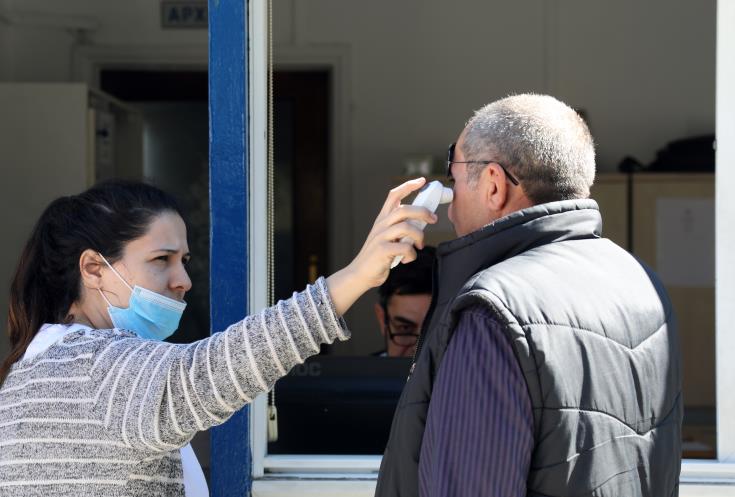 The Kato Pyrgos – Limnitis checkpoint has reopened around 09:30 on Friday morning with reduced traffic, president of the committee for the opening of the Pyrgos, Limnitis and Kokkina checkpoints Andreas Karos has told CNA.

Kato Pyrgos community leader Nicos Kleanthous has welcomed the development for which he had been notified by President Nicos Anastasiades on June 24.

Similarly, Karos said he is pleased about the development and thanked President Anastasiades for his intervention, which he said was a catalyst for the checkpoint’s reopening.

He added that the Limnitis checkpoint will cover the needs of the residents of the Tillyria area and the wider Polis Chrysochous area. He mentioned that the checkpoint opened at 9:30 am this morning but traffic is reduced, he said, because it is the end of the week.

He also mentioned that temperature checks take place during the crossings as well as checks for the Coronavirus test.

According to Karos, the Kato Pyrgos – Limnitis checkpoint is of great significance to the area and had remained closed for three months during the measures to stem the spread of Coronavirus.

“It was a great inconvenience to locals as it took students and workers six hours to go back and forth to Nicosia,” he said, “while residents of Ayia Marina Chrysochous had to wake up very early every morning to catch the two small buses that run daily routes from Pyrgos Tyllirias to Nicosia and departed at 3 am. Before the closing, they departed two hours later at 5 am.”

There are also students, he added, who attend universities in Nicosia daily, as well as secondary education pupils who need to go to Astromeritis, Peristerona, Akaki and Kokkinotrimithia for private tutoring.

Karos also spoke of the Kokkina checkpoint expressing the hope that it too will open soon “as it is of vital importance to local residents.”

Earlier this week, the Republic of Cyprus had made representations to the UN for the Pyrgos-Limnitis crossing point, on the western end of the island, which the Turkish-Cypriot regime had been keeping closed, noting that the issue had humanitarian aspects and concerned Greek Cypriots that needed to be facilitated in order to travel to Nicosia.

UNFICYP welcomes the opening of the Limnitis crossing point

UNFICYP has welcomed the opening of the Limnitis crossing point following the engagement between the leaders and the Special Representative of the Secretary-General, Elizabeth Spehar to coordinate action on the crossings, UNFICYP spokesperson Aleem Siddique has told CNA.

The mission stands ready to assist both communities with the opening of the remaining crossing points, Siddique noted.

The Republic of Cyprus put into effect a decision to reopen the crossing points, except the one at Ledra street, for Cypriot citizens and all those who legally reside in the Republic.

Subsequently, the Turkish Cypriot puppet regime announced it would open five checkpoints, including Ledra Street, to Greek Cypriots and permanent residents of the Republic who wish to cross, requiring a one-off negative Covid-19 test.

Last Tuesday, the Turkish Cypriot leader, Mustafa Akinci, told the President of Cyprus, Nicos Anastasiades that uninterrupted passage through the Limnitis-Kato Pyrgos crossing point would be restored in the course of the week.