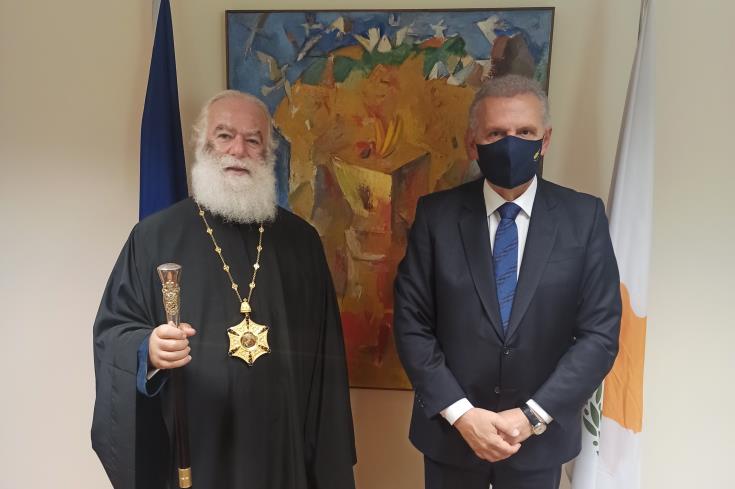 Presidential Commissioner Photis Photiou assured the Patriarch of Alexandria and all Africa, Theodoros II of the continued support of the government of Cyprus to the patriarchate and the work that it is carrying out in Africa to handle the problems faced by overseas Greeks.

The Commissioner met on Tuesday with the Patriarch who is paying an official visit to Cyprus.

A press release said the two discussed issues and problems faced by Greek orthodox churches and monasteries overseas which fall under the jurisdiction of the patriarchate.

Possible events whereby the Patriarchate of Alexandria and all Africa can contribute were also examined as well as how it can contribute to keeping overseas Greeks in touch with their roots and civilisation.

Reference was also made to the Trilateral Programme called NOSTOS which recently held its fourth meeting with the participation of young people from Greece, Cyprus and Egypt.

The Patriarch thanked the President of the Republic and the Presidential Commissioner and the government for their continued support to the Patriarchate and the work carried out at Yeri where the main aim is to help those repatriated from Africa which amounts to 35 thousand.