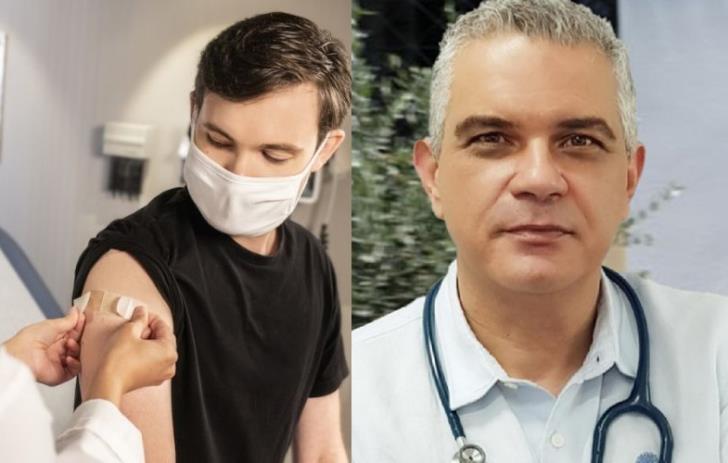 Michael Anastasiades, President of the Cyprus Pediatric Society, expressed the certainty that the vaccine against Covid-19 is safe and effective also for children 12-15 years old. He also made it clear that threats expressed in recent days against the members of the Pediatric Society due to their decision to recommend the vaccination for children 12 years of age and over, do not frighten or intimidate them.

In a statement in view of the beginning of the vaccination of children 12-15 as of today, the President of the Pediatric Society hailed the measure taken by the government and asked the parents to make appointments for their children to be vaccinated.

Asked to comment on the reservations of the parents, Dr. Anastasiades said that reservations are understandable but clarified that the Pediatric Society has responsibly studied all elements before making its recommendations.

Asked about the treats against the members of the Society, he said that they constitute a sad fact that has caused them shame. He noted that the pediatricians are carrying out their scientific duty.

Furthermore, the Pediatric Society has filed a complaint with the Police for various postings on social media, including threats and insults.