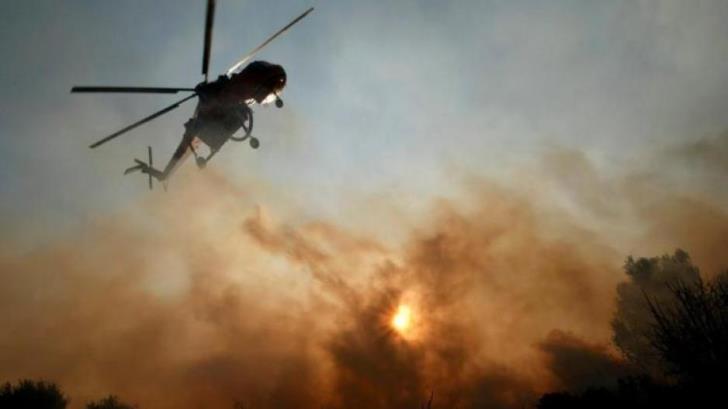 Two men arrested in connection with a fire at the Kelokedara-Trachypedoula area of Paphos this week and other fires in the district over the past week, are blaming each other, claiming it was payback to police after receiving fines for traffic violations.

A 22 year old was the first to be detained, followed in the past 24 hours by an 18 year old, who were remanded in custody for five days by the district court in Paphos this morning.

As heard in court by the case investigator, testimony also places a third person at the scene of the fires and a warrant has been issued for his arrest.

According to police sources, the two men in custody are insisting on their testimony of pointing the finger at the other, saying that they had been repeatedly fined by police for a number of traffic violations and sought revenge against officers.

They were arrested following an eye witness account during the investigation on how the fire started just before one in the afternoon of June 30th, between the Trachypedoula and Kelokedara communities.

It was put out almost seven hours later, after burning half a kilometer of wild shrubbery and quite a number of trees, causing major environmental damage.

The fire service and the forestry department with crews in 11 vehicles, as well as seven fire fighting planes battled the blaze.