Mayor in pledge to keep Ayia Napa and its beaches clean 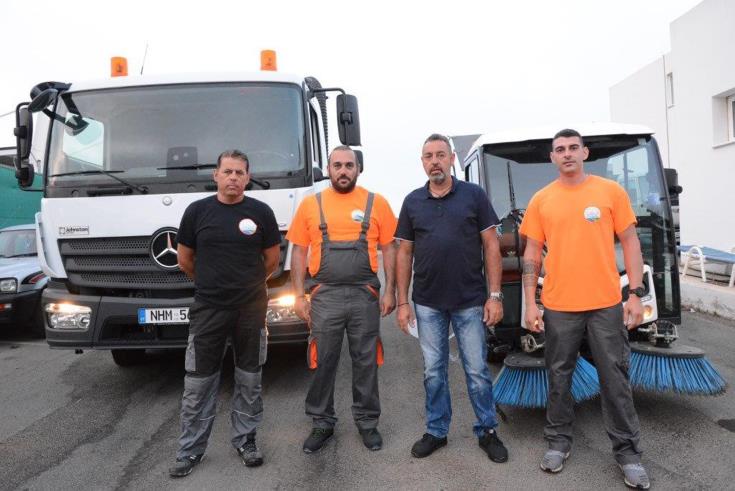 The mayor was briefed by the beach inspector Demetris Pateras and staff about problems and the current situation on the beaches.  He also took the opportunity to chat with tourists, there for an early morning swim.

Earlier, at around 5.30 am, Karousos donned the necessary gear and visited the departure point of the municipality’s street sweepers where he was briefed by the head of the service and the two drivers and then joined them on their itinerary.

He said he had gained first hand understanding of the issues facing the departments and said that these will be resolved promptly so that the municipality can better serve that thousands of visitors already flocking to Ayia Napa.

The mayor also expressed his satisfaction at the high quality of work being carried out by the two departments and the service offered and thanked municipal employees for their dedication.

Karousos said that Ayia Napa was preparing to welcome a large number of visitors and assured that the municipality would promptly resolve any issues that may arise since cleanliness and service at the beaches was a top priority.