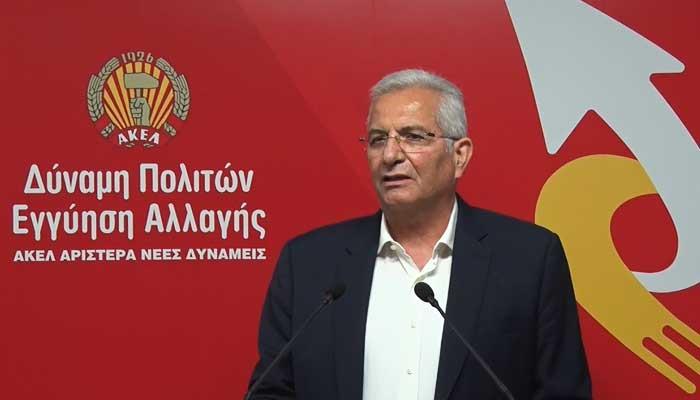 Left-wing main opposition Akel’s leader Andros Kyprianou has made clear he will step down from his post days only after the historic party suffered major losses in Sunday’s parliamentary elections.

His decision was taken before the contest and irrespective of the outcome, Kyprianou also told Philenews.

Kyprianou also said Akel’s political bureau has begun discussion on the election’s poor outcome and will continue on Saturday at the meeting of the party’s central committee.

The 23rd congress of the party is set to open on July 2 and close on July 4 with the new leader also to be elected.

MPs George Loukaides and Stephanos Stephanou have been tipped as favourites to replace Kyprianou.

Stefanou was government spokesman under the leftist administration of Demetris Christofias and Loukaides has also served as the party’s parliamentary representative.

Asked about the two possible candidates, Kyprianoy told Cybc TV on Thursday evening that both are competent enough.

The party garnered 22.34 per cent of the votes last Sunday, down by 3.3 per cent compared with the 2016 House elections.