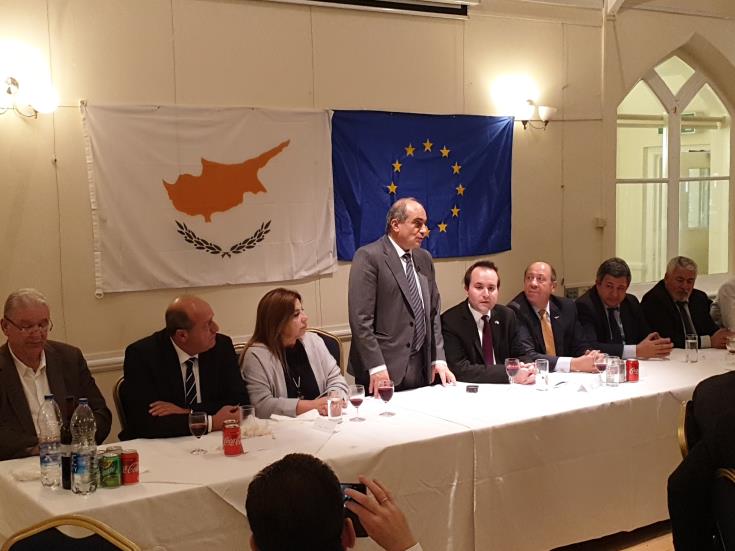 The President of the House of Representatives Demetris Syllouris attended a working dinner organised on Thursday evening in north London by the Executive Secretariat of the National Federation of Cypriots in the UK.

Addressing the members of the Secretariat, Syllouris referred to the initiatives taken to promote best practices and improve efficiency at the Cypriot parliament.

He also summarised the results of his two-day visit to London, saying that he has had meetings covering various aspects of Brexit and that he has found support for the Cyprus issue talks to resume as soon as possible.

The Federation President Christos Karaolis talked about the ways that the organisation has been trying to promote the Cypriot positions and interests in the UK and pledged to continue and upgrade the Federation’s efforts to that regard.

The dinner concluded the House of Representatives President’s visit to London. This morning he travels to Cambridge where, among other functions, he will meet the local mayor and will be shown around the Cypriot antiquities collection at the Fitzwilliam Museum.

In the afternoon he will begin his visit to Bristol, where over the next four days he is scheduled to have a series of meetings, mainly with academics and representatives of research units.