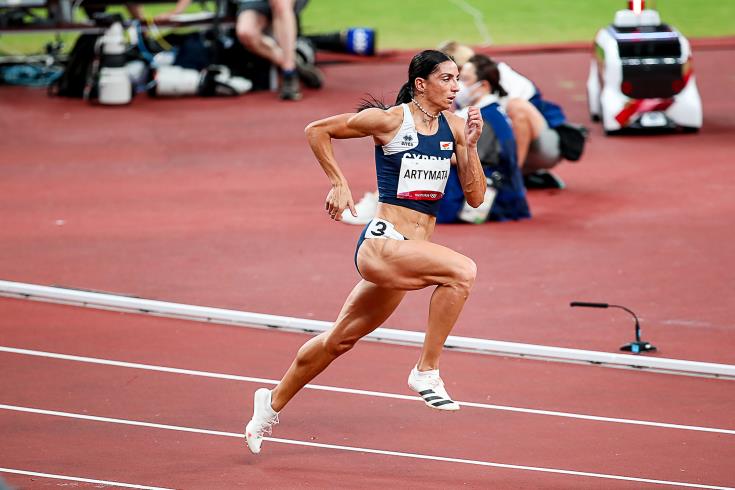 Although she did not qualify for the finals, Artymata’s effort was described as excellent after breaking her own record of 51.14 achieved in 2018.

Artymata started the race very strong and maintained her rhythm, finishing fifth, just shy of qualifying for the finals.

Speaking about her performance, she said she entered the race with the aim to enjoy it. Artymata said “my aim was to stay in the race from the very first metres. I believe I have achieved it. I did the best that I could do. I ran well, stayed in the race until the end”.

She also said that she aimed to ran under 51 seconds, even 50.99. “Therefore I am very happy to leave with 50.80. The women’s 400m is very demanding and requires experience, you need to listen to your body and take it where it should.”

Artymata now qualifies for the World Athletics Championships that will take place from July 15–24, 2022  in Eugene,  Oregon in USA.

After Artymata’s race, Cyprus’ participation in the 2020 Olympic Games has been completed.

By gavriella
Previous articleSituation on Evia difficult; more than 10 settlements evacuated
Next articleBelarusian athlete at Tokyo airport after being sent home for criticising coaches