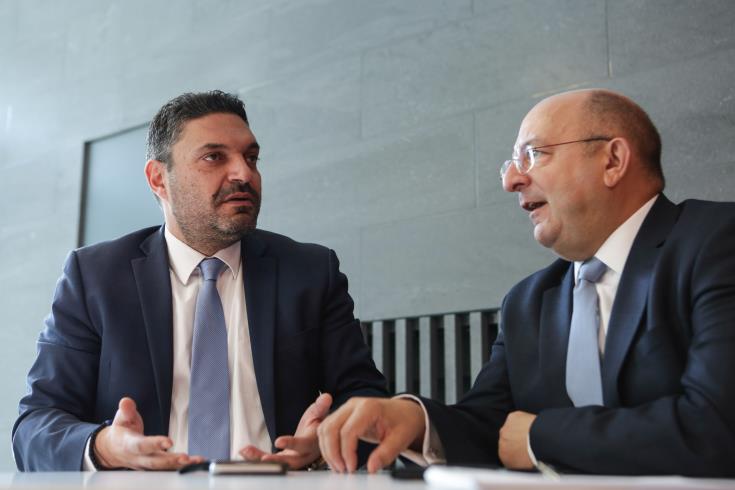 Cyprus has far exceeded its fair share in terms of  asylum applications and the general migratory pressures it faces, stressed Minister of the Interior Konstantinos Petrides, in interventions to the EU Home Affairs Ministers Council, held Friday in Luxembourg, warning his counterparts that the EU “has to assume the responsibilities stemming from the principle of solidarity and the balanced burden sharing”, and underlining that “Cyprus neither wishes nor can continue to manage these excessive pressures on its own “.

As an EU member, we have to provide effective protection to people who are persecuted or trying to save themselves from the war, which unfortunately is not possible today, Minister Petrides told his counterparts.

He said Cyprus “will insist on the mandatory reallocation quotas and burden sharing as a basic tool for an effective, fair and viable Asylum System”, a position which, he pointed out, is “a prerequisite for our consensus.”

The JHA ministers held intense negotiations on the revision of the Common European Asylum System, the possibilities for aliviating the burden of front line Member States through Community solidarity, and the Commission`s proposals on border guarding and enhancing the effectiveness of refunds.

The Minister of the Interior also had bilateral meetings with his counterparts of Greece and Malta, Dimitris Vitsas and Michael Farrugia, as part of the efforts to further coordinate the positions of the front-line members, and also met the Executive Director of the European Parliament (EASO) Jamil Addou, whom he briefed extensively on the excessive challenges Cyprus faces in dealing with asylum issues.