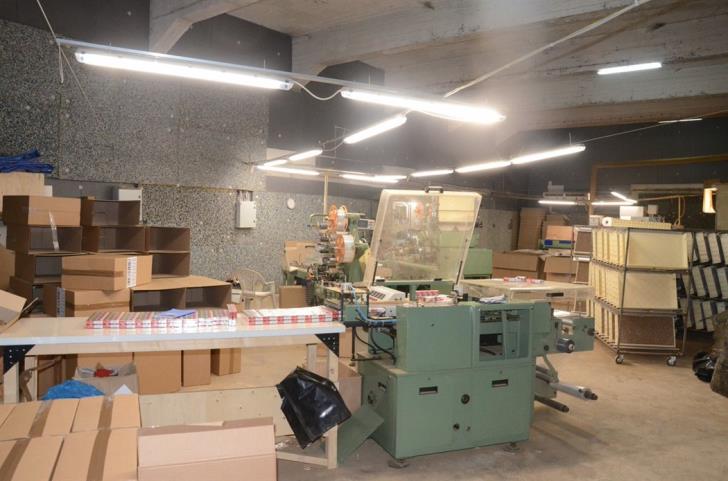 Three Cypriots are allegedly part of a running criminal network of 100-million worth, which is established in Athens. The criminals, who were involved in manufacture and illegal trade of tobacco products, were sought by Hellenic Police, after a coordinated police operation which took place in Koropi, East Attica. 19 suspects have been under arrest, 3 Cypriots and 16 Ukrainians amongst them. Hellenic police also arrested the suspected mastermind of the crime network, while another person is still missing in connection with the case.

Additionally, a case has been filed against them, based on violations of several laws including the national customs code, laws regarding taxation, or the law on the protection of antiquities and cultural heritage.

It is to be noted that the perpetrators use deceptive candy wrappers to cover the packets of cigarettes they intended to export. During a series of raids in warehouses, factories and houses of the suspects, the police seized and confiscated more than 15 million of cigarettes and filters, 15 tonnes of tobacco, as well as cigarette production equipment.

After having the charges filed against them, the suspects are to be brought to the Prosecutor’s Office in Athens. Chief of the Hellenic Police Force, Lieutenant General Constantinos Tsouvalas, endorsed Police’s coordinated operations that led to this success in the fight against organised crime.

By In Cyprus
Previous article
Cabinet gives its green light to transparent procedure over the use of Turkish Cypriot properties
Next article
Starbucks cold brew- A perfect coffee to be enjoyed throughout the day!