Anastasiades to seek meeting with Akinci 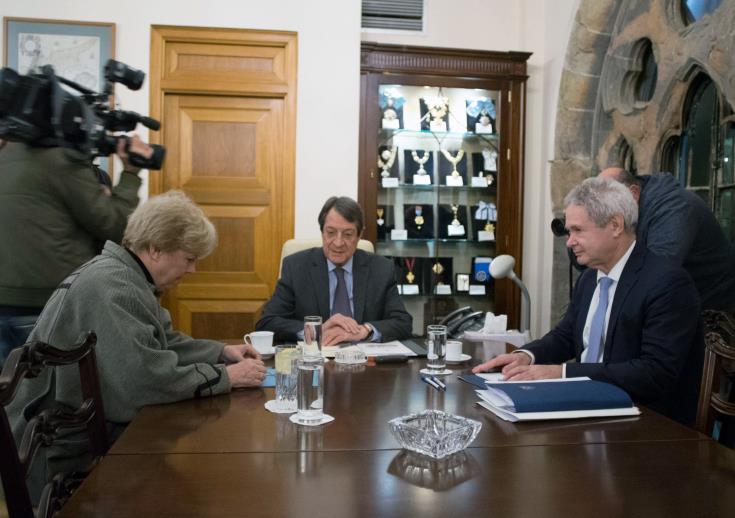 President Nicos Anastasiades will contact Turkish Cypriot leader Mustafa Akinci within the next few days in a bid to arrange a meeting, Government Spokesman Prodromos Prodromou has said.

Speaking after a meeting at the Presidential Palace of the President with the UN Secretary-General’s special envoy, Jane Holl Lute, Prodromou said that the dialogue between Anastasiades and Lute had continued.

“The President of the Republic reaffirmed with Lute – as he did with Spehar before – that he is willing to have a meeting with the Turkish Cypriot leader Mustafa Akinci,” Prodromou said

Asked when Lute would have contacts with the guarantors, the Spokesman said “this is up to Lute. I am not in a position to give you dates, “adding that” that`s how things will move forward. ”

Invited to say if there is a date for Lute’s return to Cyprus, Prodromou replied negatively.

Asked whether Lute would be present at President Anastasiades’ meeting with Akinci, the spokesman said no, adding this is neither provided nor needed. “We will see in the next few days how a meeting can take place “, Prodromou said.

Asked whether the process has moved forward following Lute’s contacts, the Spokesman reiterated that “the dialogue continued, as expected, issues relating to guarantor powers have been raised, and Mrs Lute will now have contacts with the guarantor powers”.