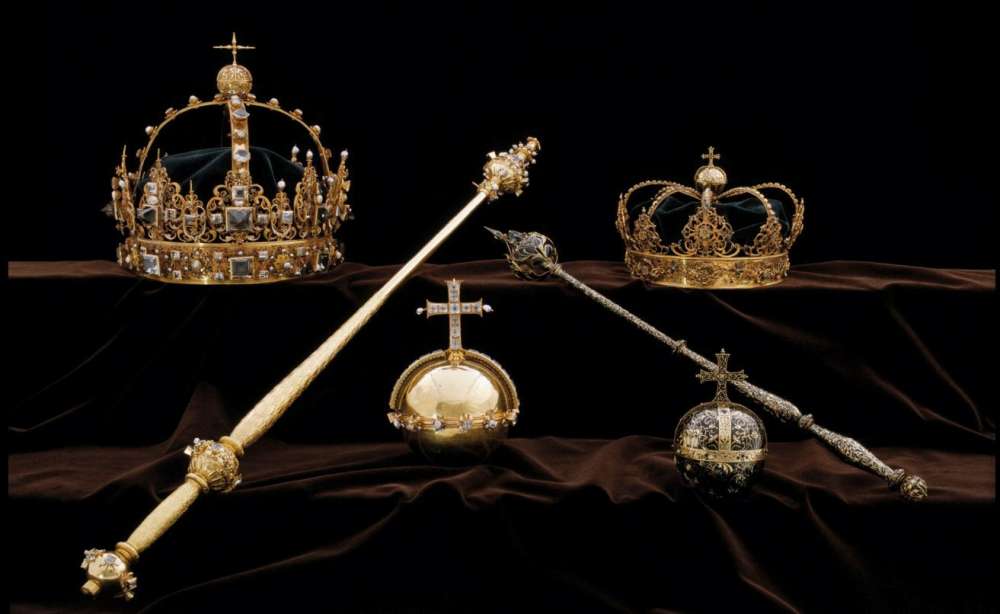 Thieves have stolen two crowns and an orb from the Swedish royal family’s collection, making off in a motorboat after the heist.

The priceless artefacts were snatched from a cathedral in Strangnas, about an hour west of the capital Stockholm, at lunchtime on Tuesday, police said.

The robbers broke into a glass case that held the funeral regalia of King Karl IX and his wife Queen Kristina and swiped the two crowns and an orb from the 17th century.

The robbers then made their getaway in a motorboat that was waiting just a couple of hundred meters away on lake Malaren, Sweden’s third biggest lake, police said.

No arrests have yet been made and no suspects had been identified but police are now publicising the theft to try to recover the valuables.

“We want to spread information and pictures of these items so that they can be identified as stolen objects,” police spokesman Thomas Agnevik said.

King Karl IX died in 1611 and his wife Queen Kristina in 1625. The items are priceless and police said that the objects would be very hard to sell on the open market.

“What usually happens with this type of object is that they are recovered sooner or later, because there are very few people who are prepared to handle such items,” Agnevik said.

“We have high hopes of getting them back.”