Gunshots heard in hotel and office complex in Kenyan capital 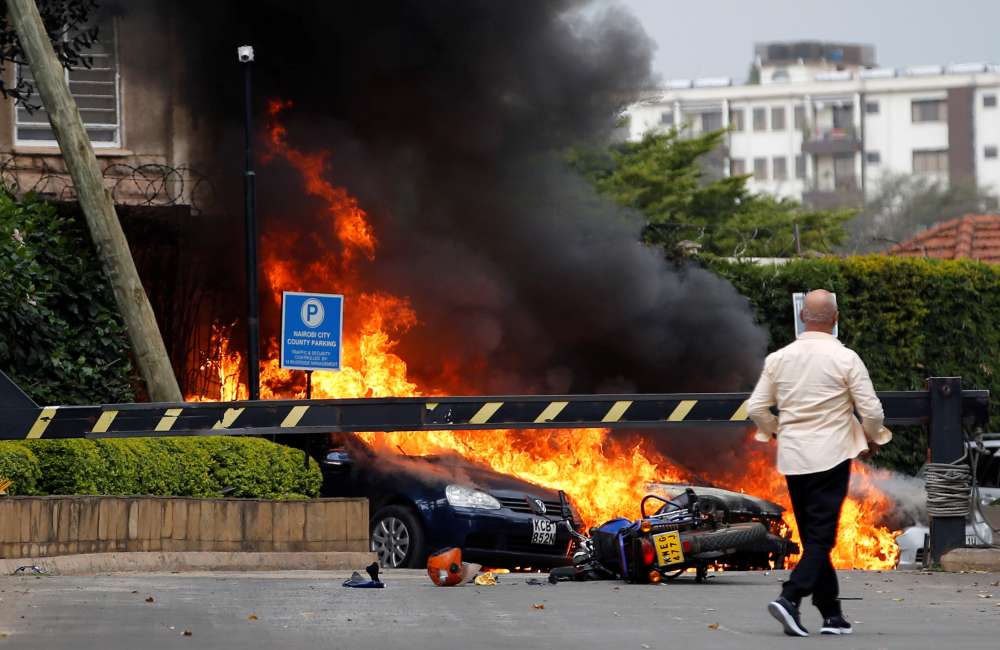 A large fire and sustained gunfire sent workers fleeing for their lives at an upscale hotel and office complex in the Kenyan capital on Tuesday afternoon, Reuters witnesses said.

One man came out covered in blood as nearby university students were evacuated.

“I just started hearing gunshots, and then started seeing people running away raising their hands up and some were entering the bank to hide for their lives,” a woman working in a neighbouring building said. She also heard two explosions, she said.

Nairobi police commander Philip Ndolo said they had cordoned off the area around Riverside Drive, where the dusitD2 hotel is located, due to a suspected robbery.

But police are not ruling out a militant attack, police spokesman Charles Owino told Citizen Television.

“We are under attack,” another person in an office inside the complex told Reuters, then hung up. Smoke could be seen rising from the area and a Reuters reporter saw several vehicles on fire near the entrance to the complex.