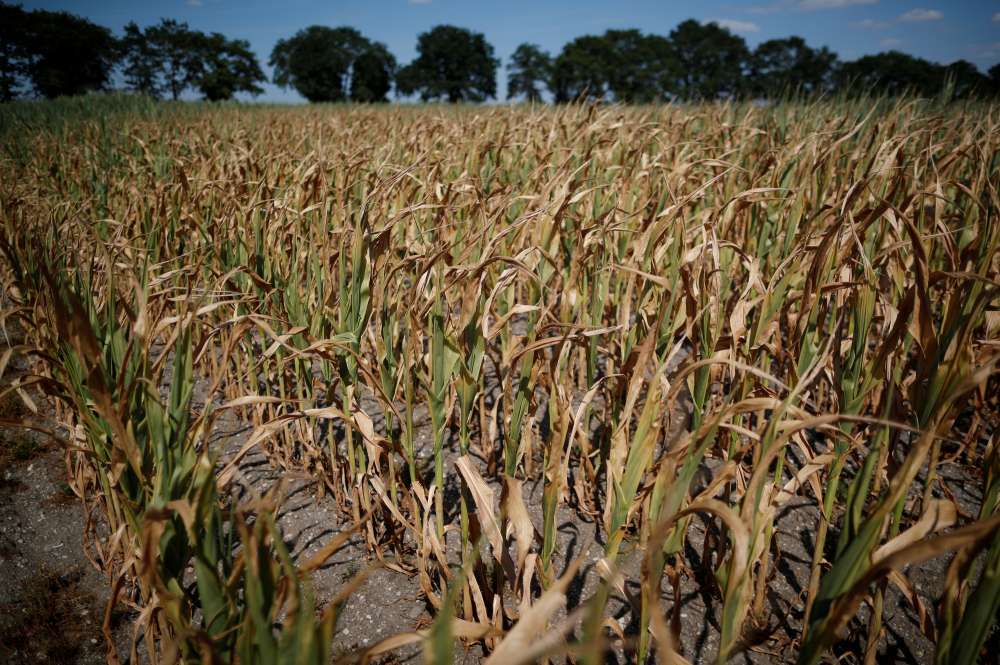 France will ask the European Commission to bring forward the payment of 1 billion euros ($1.12 billion) of subsidies to help farmers cope with a hot spell that hurt crops and pasture, with more damage feared this week, the farm minister said on Monday.

Hot weather in France this week is expected to prolong drought conditions that have impacted several sectors over the past months, including nuclear power generation and farming, and had led to restrictions on water use in 73 administrative departments by Monday.

“We need to help struggling farmers get through these difficult times, especially those who are struggling to feed their animals or already using hay stocks that were due to be kept for this fall and winter,” French Agriculture Minister Didier Guillaume told daily Le Parisien.

“In general, 50% of the aid linked to the Common Agricultural Policy (CAP) is allocated in mid-October. We will ask the European Union to increase this percentage from 50% to 70% by Oct. 16. This will represent 1 billion euros in additional cash advance,” Guillaume said.

France is by far the largest beneficiary of the CAP with a total of over 9 billion euros a year.

Guillaume was visiting a farm in central France on Monday morning.

France’s largest farm union FNSEA welcomed the move but feared it would come too late.

“It is immediately that people are thirsty and the cows are hungry. So we welcome this initiative but what we need above all is to find fodder,” FNSEA President Christiane Lambert told France Info radio.

By In Cyprus
Previous article
Iran says breaks up CIA spy ring, some sentenced to death
Next article
Turkey says no more exploration ships necessary in eastern Med for now