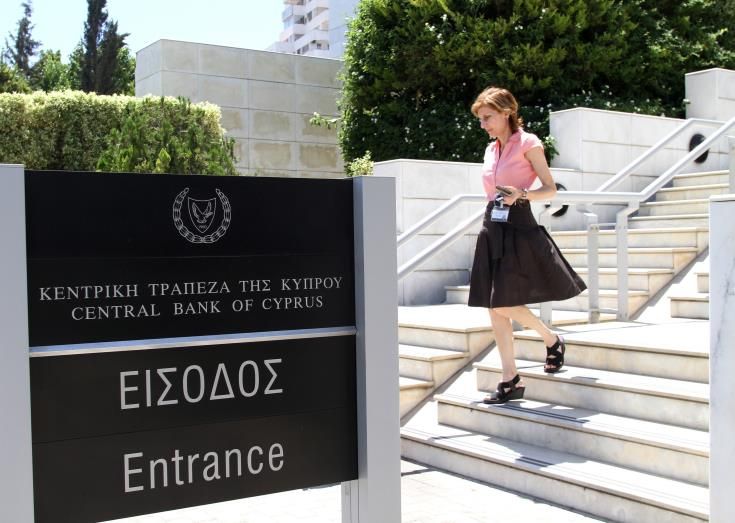 Central Bank of Cyprus (CBC) says that the rejection of state budget for 2021 by the parliament is a negative development that jeopardizes the planning for dealing with the financial consequences of COVID-19 pandemic, in its Economic Bulletin for December 2020.

The CBC encourages a consensual solution that, while not endangering the consolidation course of the Cypriot economy and banking system, recognizes and takes into account the fact that both households and businesses, face unprecedented financial difficulties as a result of the pandemic.

Regarding the course of GDP, the CBC notes that the introduction of new restrictive measures in mid-October and even stricter restrictions in November and December, is expected to prolong the recession.

Pointing out that recovery depends directly on finding a solution to the impasse regarding the budget, the CBC notes that the recovery is expected to begin in 2021 due to the gradual increase in domestic and foreign demand, the boost expected to be given by EU funding, but also the support of the economy by the ECB`s loose monetary policy.

Smaller contraction in 2020 according to revised forecasts
———————————————————————————
The CBC notes the continuous uncertainty in the course of GDP, despite promising messages about the faster availability of the vaccine.

CBC`s forecasts have been revised upwards for 2020. In particular, a smaller contraction is envisaged due to the better-than-expected domestic demand this year, especially in the third quarter of the year, which offset the worst from the expected course of economic activity in the fourth quarter of the year as well as in external demand, especially tourism.

In the coming years, GDP forecasts have been revised downwards, mainly due to the smaller depth of the recession in 2020 and the differences in working hypotheses in relation to the course of the pandemic.

Unemployment is expected to increase in the first months of 2021, despite its restraint so far due to measures to support workers and businesses. But then this upward trend is expected to be reversed by the recovery of GDP and, therefore, the unemployment rate is projected to return to about the same levels in 2020.

The CBC has drawn up three scenarios for the course of GDP, one basic, one mild and one unfavorable.

Specifically, based on the mild and unfavorable scenario for Cyprus, the recession for 2020 is expected to reach -5.5% and -6.7% respectively, while in the basic scenario it is expected to reach -6.2%. The recovery for 2021 is estimated at 4.8% and 1.8% respectively in the mild and unfavorable scenario, while in the basic scenario at 4.1%.

It is also noted that the management of old non-performing loans, but also of those that will emerge due to the pandemic, is a major challenge and should be in the immediate priorities of banks, which must be properly prepared to handle an increased number of restructurings after the end of the moratorium, halting as much as possible the increase in loans that will show delays in their repayment.

As a result of the above, the CBC expects the business plans and expectations of banking institutions to further develop their operations and improve their profitability, to be adversely affected.

At the same time, the CBC points out that the legal framework for foreclosures must provide the necessary incentives to prevent the creation of a culture of default on borrowers` debts. It adds that constant changes in the legal framework do not help, as they create uncertainty for foreign investors and negative reactions from rating agencies.

Despite the above challenges, the CBC adds that banking institutions maintain adequate liquidity reserves, their capital ratios are beyond the minimum required and the level of coverage of non-performing loans is close to the EU average.

By gavriella
Previous articleDriver lost control of his car and was overturned
Next articlePolice, truckers scuffle as tensions rise at port of Dover after Covid blockade